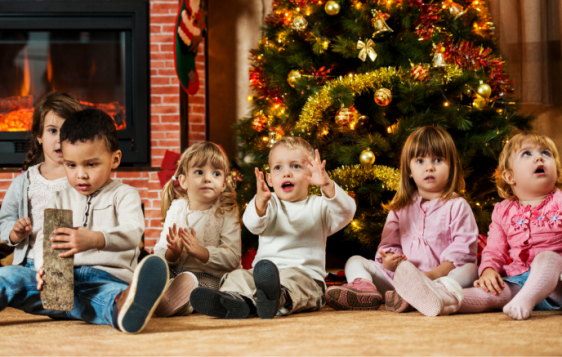 The hands of a newborn baby amaze me. You can ask anyone who has ever been with me to visit a new baby at a hospital – they’ll tell you it’s true. I walk in and am instantly melting at the tiny fingers with their tiny little fingernails. I just don’t think there’s much of anything that’s any more precious, especially when the baby has a strong grip!

So just imagine the minds of the shepherds that night when they were personally admiring those precious little hands of the newborn Savior. Imagine Mary and Joseph as they would place their finger into the palm of the precious little hands and feel their treasured little boy hold on for dear life. Imagine the awe of Joseph the first time he held Jesus and the baby boy reached up and touched his face.

Those hands would eventually grow a little, and would be the hands that helped Joseph in the carpentry shop. They’d no doubt be the hands that got a few splinters from handling the wood of the trade. I would imagine there may have even been a time when a finger got hit with a hammer while working on some “father/son” project.  Those little hands were growing up.

Fast forward to the day when those little hands now belong to a grown Man. Those hands are the very ones that reached down into the dirt to form some mud to heal the blind man’s eyes. Just imagine those hands as they extend a loving touch to a leper that hadn’t felt the touch of another human since his diagnosis years ago. Think about the moment when those hands began writing in the dirt as the judgmental Pharisees slowly walked away from the woman caught in adultery and Jesus offered her forgiveness and hope.

Those hands were on their way to their destiny.

Now imagine those hands, stretched out on the old rugged cross.

Imagine those innocent hands being held down as the nails were driven in.

Imagine those hands as they writhed in pain from the nails that belonged to you and me.

Imagine those hands that, while nailed to a Roman cross, still belonged to the loving Savior who mouthed the words, “Father forgive them . . . ”

Imagine those hands as He commends His Spirit back to the Father and they fall limp.

But friend, the story doesn’t end there! Just imagine those hands as they extend to you on that day when the risen, glorified, all-powerful Savior returns to take His children home!

Imagine those nail-scarred hands as they pat you on the back while you walk and talk with Him as the countless ages roll in heaven!

The Christmas story is best told from the perspective of the hands of a child.

Copyright © 2021 by Blake Martin @https://pastorblakeman.wordpress.com/2011/12/20/christmas-series-part-2-in-a-childs-hands/ No part of this article may be reproduced or reprinted without permission in writing from Lifeword.org.