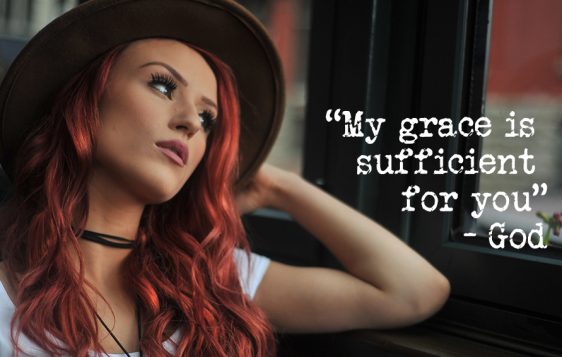 Over the last few years, a very nasty concept has become prominent in our society. It has invaded every area of life and seems to get worse by the day. It has become a common practice on social media and is a cornerstone of political, racial, and social divides. It has damaged more relationships than we can even imagine.

The infection rate among our families, friends, communities, churches, and our nation as a whole is growing. It is highly contagious and can be deadly to our very souls.

The modern-day term for this concept is “cancel culture”.

In reality, it is not a new phenomenon. We used to call it ostracism and it has gone on forever. But where it was once an attitude and action to be looked down on, it now seems to be one that is embraced.

And that is nothing short of tragic.

The nastiness of the “break-ups” in our society is like something for which we used to discipline our kids. Unfortunately, now it is often the example that parents are modeling– and even bragging about!

It is amazing to me that “cancel culture” has been called out and condemned by polar opposites like President Obama and President Trump. You would think that fact alone might make us realize that this is a really bad idea. But it hasn’t.

And then there’s that little detail about Jesus himself calling out and condemning what we now refer to as “cancel culture”. He did so in both the words that he spoke and the examples that he set. His entire ministry on earth was one of reconciliation, inclusion, and grace. And those three concepts are the antithesis of “cancel culture”.

If anyone ever had justification to be a part of “cancel culture”, it was Jesus.

Picture for a moment the event that we refer to as the Last Supper. Jesus and his disciples are having a final meal before the crucifixion. The entire gang was there. Even the one that Jesus knew would betray him and facilitate his arrest. Jesus did not choose to cancel Judas from his life despite this coming act of ultimate treachery.

And what about Peter? Again, Jesus already knew that Peter would deny even knowing him at the very moment that Jesus needed support. Peter would resort to self-protection and abandon his friend, leader, and Lord. Yet Jesus chose not to cancel out Peter for his failure.

Then there were those who were directly involved in the killing of Jesus. In the midst of suffering the most gruesome and horrific injustice imaginable, Jesus chose not to cancel those people.

Instead, Jesus chose to pray for them!

It was because Jesus did not live by “cancel culture”. He chose to live by “grace culture”.

In each of these three cases, Jesus chose to exhibit the culture of grace. In fact, that was his choice in every case. No exceptions.

That is still his choice today!

But the choice to accept the grace Jesus offers is entirely up to you and me just as it was for Judas and Peter.

You see, the failings of Judas and Peter were actually pretty similar. Both chose to pursue their own self-interests at the expense of Jesus. Judas was motivated by personal gain. Peter was motivated by fear. But both failings had the potential of destroying their relationship with Jesus beyond repair.

Yet only one did.

What made the difference in the outcome of the failings of Judas and Peter?

Let’s take a look at Peter first. Certainly Peter understood his failure and is described as weeping bitterly. But life went on.

Then in what to me is one of the most beautiful pictures in all the Bible, we see Jesus cooking breakfast over a campfire on the beach. Stop there for a moment and just imagine that scene. It literally takes my breath away. You see, I love campfires. I love beaches. I love breakfast. And I love Jesus. So excuse me while I close my eyes and just imagine the beauty of that scene.

Now we see Peter and the guys fishing a little ways offshore when Peter realizes it is Jesus that is cooking on the beach. Now if that had been me, I would have been too embarrassed and guilt-ridden over my failing to face Jesus. I would have been afraid of what Jesus’ reaction would be. I would probably have avoided Jesus at all costs.

But that’s not what Peter did. He jumped out of the boat and headed straight to Jesus.

In fact, there was no drama at all. There was simply Jesus waiting for Peter to return to Him. And when he did, Jesus simply responded with “Come on, let’s eat”.

Are you kidding me? After what Peter had done to Jesus, he simply got invited to “come on, let’s eat”?

Now a quick look at Judas. Although we started with similar failings, we end up with drastically different outcomes. Nowhere in the story do we ever see Judas turning back toward Jesus. We do not see Judas ever accepting the grace of Jesus. Instead we see the spiritual and physical death of a guilt ridden, shameful, and tragic human being that will forever be remembered only for his failing.

Peter turned back to Jesus and accepted his grace. Judas did not.

So what’s the bottom line to all this?

Well, I think the bottom line is that the “cancel culture” so prevalent in today’s society is not compatible with the “grace culture” modeled by Jesus. So each of us has a choice to make. We must “choose this day whom we will serve” (Joshua 24:15).

Perhaps these points might be of help as you navigate these choices:

1. Remember that every person is loved by God and was placed on this earth with a purpose

2. Remember that “cancel culture” does not honor God

1. Whether for the first time or the millionth time, we can always turn or return to Jesus without fear, guilt, or shame.

2. Regardless of what we may have done or not done, the grace of Jesus is always available to us through faith in him as our Savior.

There is always an invitation to “Come on, let’s eat”.

My prayer is that you will choose both to accept and to model grace.