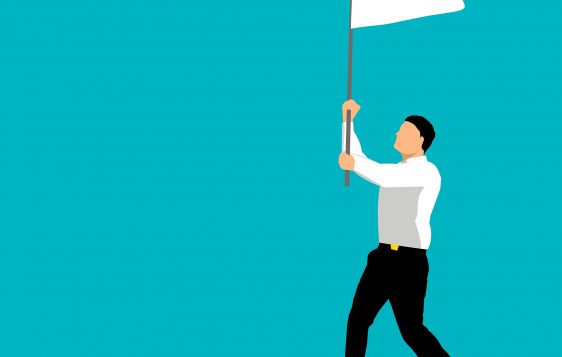 Raising lasagna to my mouth, I took a bite. The rich flavor of cheese, sauce and Italian spices was not what I tasted though.

There was a hint of mint.

It was sweet and, obviously, didn’t belong in this Italian dish. I took another bite, and yet again, there it was.

Perplexed, I asked those who were around me about the mint. I asked camera operators, my co-anchor and even the Director of the morning show.

No one claimed to know anything.

But here I was, eating my lasagna at six am (yes, I know, that’s weird, but I like real food for breakfast), and I couldn’t figure out why it tasted like sweet mint.

I couldn’t eat it anymore. It was terrible!

And then, the laughter broke out. A wheezy laugh that made Bob’s eyes squint and tears roll down his cheeks. He couldn’t hold it in any longer. In fact, it took forever to get him to stop laughing to figure out just what he had done.

He reached in his suit jacket pocket and pulled out the evidence: Listerine breath strips.

Remember those? Oh yeah. As he held them up, he continued to laugh and wipe away his tears.

Not me. I was mad. That was perfectly good lasagna and now it was ruined, and if you know me, you don’t mess with my food!

It was war. Retaliation loomed ahead.

The next day, my co-anchor picked up his black coffee mug from the anchor desk. Every morning, he would have a diet Mountain Dew in his cup. He raised it to his lips and took a drink, and… nothing. I thought, surely, he can taste it. Maybe he’s faking because he doesn’t want to admit I got him. He took another drink, and I could see on his face he recognized something wasn’t quite right.

It was really a perfect idea. It dissolves quickly, becoming invisible to the eye, but wreaks havoc on your taste buds because you desire the sweet nectar of your favorite drink.

I can’t recall every prank, but they continued for a while and finally, my co-anchor said, “OK, enough is enough.” We had to come to a truce, and it had to stop.

Innocent food was being destroyed and we were constantly paranoid to eat, open a drawer or even walk around a corner. It had to end.

We made a truce and ended the prank war. Witnesses were present as we made our pact.

Jacob and Laban also had to make a truce after their own war-of-sorts.

Laban pursued Jacob after he had fled with his daughters and grandchildren. Jacob wanted to be free. He had worked 14 years to marry Laban’s daughters and another six for the cattle he now owned.

So finally, Jacob knew he had to run. Even though he knew Laban would never stop pursuing them.

When Laban caught up to Jacob, they had words with one another and Laban declared Jacob’s children were his, Leah and Rachel were his and the livestock were his.

But because God was with Jacob, Laban finally accepted what needed to be done.

“‘Come now, let’s make a covenant, you and I, and let it serve as a witness between us.’ So Jacob took a stone and set it up as a pillar. He said to his relatives, ‘Gather some stones.’ So they took stones and piled them in a heap, and they ate there by the heap. Laban called it Jegar Sahadutha, and Jacob called it Galeed. Laban said, ‘This heap is a witness between you and me today.’ That is why it was called Galeed. It was also called Mizpah, because he said, ‘May the Lord keep watch between you and me when we are away from each other. If you mistreat my daughters or if you take any wives besides my daughters, even though no one is with us, remember that God is a witness between you and me.’” (Genesis 31:44-50).

A truce was made and there had to be a third-party present to act as a witness – God.

Laban returned home the next morning. Years of war seemed to finally come to an end as both sought peace.

Do you need to make a peace pact with someone?

A truce that needs to be called? It may have gone on so long that you may not even remember how it got started anymore.

Don’t you desire peace? Aren’t you tired of carrying the weight of that burden?

Surrender it today to the Lord and call off whatever war you are fighting. I promise, you won’t regret it.