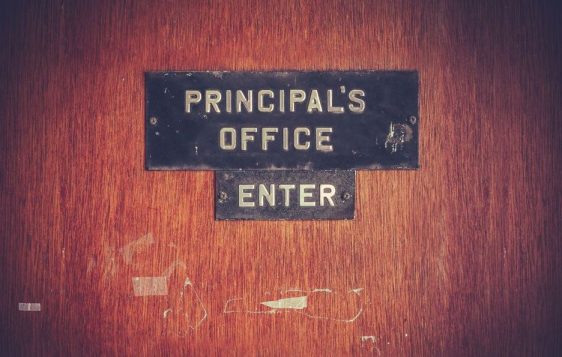 The hard top of the desk was cold. My pencil sat neatly in the holder at the top and my book open in front of me. We had finished class early, so we had time to read our favorite book. It was one of my favorite series, “Hank the Cow Dog”, that Mrs. Gail Tucker, our librarian, had introduced to us. Hank was always getting into some kind of crazy mess!

The voice came over the intercom, “please send Yalanda Young to the office.”

I could feel the eyes darting my way, wondering, assuming about what I had done to justify a summons to the office. My cheeks flushed red at the attention and I gathered up my courage to walk in front of everyone to the door.

What could it be about? Was I in trouble? Or did someone bring something for me? That was on the mind of every kid that was called out by name. It could be really bad or really good. It wasn’t my birthday, so I didn’t think it was a balloon or anything. And I couldn’t remember anything that I had done that would warrant getting in trouble by the principal, Mr. Brooks.

I closed the door behind me and took the few steps down the hall, and opened the door to the office. Friendly faces were smiling at me as I walked in. I felt the fear subside and smiled back. I was given a pink ribbon and in gold letters it read, “Citizen of the Month”.

I had been called out by name and a reward awaited me.

Can you imagine what this guy felt like when God called him, out of every person, by name? He was to present himself before the Lord, God Almighty! Just stop and think about how that must have felt. It could have been bad. He could be rebuked and punished for something. Or, maybe it was good! Maybe the Lord would bless him or recognize him. I can only try to picture Joshua’s reaction when Moses told him to come, that he had been summoned by God.

Joshua became witness to what the Lord shared with Moses. Moses would soon die and Joshua would become the leader of the Israelites. While it came with challenges, there was a reward that awaited him.

How would it feel to be called out by name by God? Does that strike fear in your heart or joy?

“But now thus saith the LORD that created thee, O Jacob, and he that formed thee, O Israel, Fear not: for I have redeemed thee, I have called thee by thy name; thou art mine.” (Isaiah 43:1)

The Lord formed you. He created you. He has redeemed you, paying the price for the debt that you owed. He has called you by name and you are His!

But we must accept His offer. If someone gives you a gift, if you don’t take it, you don’t receive the actual benefits of it. Today, He offers you a gift of salvation, but you must accept it.

There will be a day when our names will be called by God Himself.

“And I saw a great white throne, and him that sat on it, from whose face the earth and the heaven fled away; and there was found no place for them. And I saw the dead, small and great, stand before God; and the books were opened: and another book was opened, which is the book of life: and the dead were judged out of those things which were written in the books, according to their works. And the sea gave up the dead which were in it; and death and hell delivered up the dead which were in them: and they were judged every man according to their works. And death and hell were cast into the lake of fire. This is the second death. And whosoever was not found written in the book of life was cast into the lake of fire.” (Revelation 20:11-15)

We will all be called by name. Those who are found in the lamb’s book of life will remain with the Lord in Heaven. And those who did not trust in the Lord will be cast into the lake of fire for eternal death.

I pray that, when your name is called, a reward in Heaven awaits you. If you don’t know, please talk to me about that. Let me show you how you can be sure of your eternity!