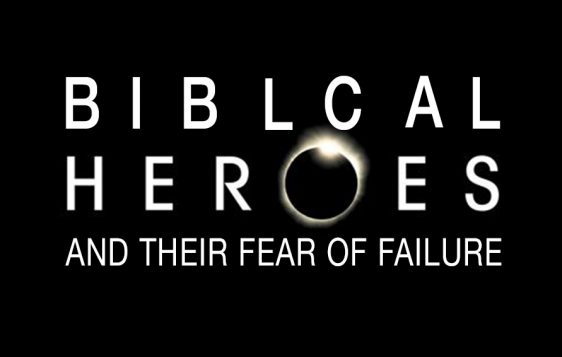 I would like to be honest with anyone who might be reading this right now: I hate writing about myself and my struggles.

That isn’t to say I don’t enjoy writing, because I do immensely, especially when it comes to fiction. Perhaps it is because fiction offers a buffer from reality, while writing, on some level, requires a bearing of the soul, in so much that I am not a fictional character through which the author can communicate to a reader. I’m the author writing about himself, trying desperately to not seem a buffoon to anyone reading what can only be described as his personal thoughts.

For someone like myself who struggles with high functioning autism, it’s innately a more intimate experience than I am comfortable with. It becomes a challenge in its own to not let what I write here seem pompous or read as a collection of platitudes and clichés.

Beyond that, I know there is the marginal chance that something I write here might have a lasting effect on someone. So then the obstacle of writing this evolves to making sure that I don’t write something that will be harmful to this hypothetical person who is reading this, and that there is something positive to be gained from their reading. I try to write something that will leave an impression, something that comes from the heart, but I end up running into the same problem of trying to avoid platitudes, then struggling with my inability to relate to most people on an intimate level.

It’s a vicious cycle I go through that causes me no meager amount of stress and anxiety, something I wrote about last time, and eventually I find myself shutting my laptop and putting off writing until the next day.

I hate this cycle, I hate not being productive, I hate sitting on my hands and letting people down. It’s one of the many character flaws I am trying to conquer in my walk with God, and I take it a day at a time. But I can’t wait until I am a perfect person and have overcome all of my shortcomings to write the blog post, on one hand because by then I’d have shuffled off this mortal coil by then, and on the other because writing this is part of overcoming the anxieties that have dictated far too much of my life for far too long.

So I elected to find a compromise. I want to write honestly, but you should know that anything I say can only ever be based on my very limited and flawed human experience on this earth. Nevertheless, I tried to understand why anxiety can be such a huge detriment to following through on the little things in life, especially during a time when we are so often faced with larger-than-life obstacles.

From my experience, anxiety often comes as a result of our fear, specifically the fear of what should happen in the event that we fail and can often be so powerful that we ironically cause the source of our dread to become manifest. That fear of failure is likely at the root of all anxiety we experience to some degree, and it can transform the smallest problem, such as a something as simple as writing a blog post, into a goliath hurdle that seems impossible to overcome.

Fortunately, we have someone in our corner that has experience dealing with real goliaths. That’s right, this is the part where I say God is the answer to your problem.

For some people, just saying that is more than enough, and those people are blessed in ways are truly mysterious. But for unfortunate cynics like myself, saying such a thing comes off as just another cliché more than anything else. Thankfully, I’m not just electing to say God is in our corner in a vacuum.

You see, the human figures throughout the Bible often found themselves having to combat their own fear, and some managed to overcome their fear, albeit often through some motivation.

Moses is a good example of this as God called him to return to Egypt and lead his people out of slavery. Moses was paralyzed by his own fear of failure in the task set before him by God, and a monumental one at that. He couldn’t help but see his own perceived inadequacies, which included a speech impediment, and even asked if God had chosen the wrong person. Nevertheless, Moses still returned to Egypt and confronted a task that he wasn’t qualified for in the eyes of men, but that God had set before him.

Moses would not fail in his task; the Hebrew people would be freed from Egypt and Moses conquered his fear by now allowing his fear of failure to cloud his judgement of what God can do, and that God never makes mistakes.

We often do, however, and there are plenty of people in the Bible who did choose to allow their fear to dictate their actions rather than rest on the assurances of God.

One such figure that I find is a powerful symbol of failure and redemption is the apostle Peter.

Perhaps one of Peter’s more well-known failures to overcome occurs on the stormy waters of the Sea of Galilee, as he and the other apostles attempted to sail to the other side. Jesus came to meet them on the water walking across the sea. Once the apostles realized it was Jesus, it was Peter who took one of the greatest steps of faith and stepped out of the boat to meet Christ and found sure footing. However, as he approached, the waves around him grew larger, and Peter soon took his eyes away from God and began to focus on the danger around him; fear had seized him.

Paralyzed by his fear of this storm overtaking him, Peter was paralyzed into inaction and began to sink. His fear was made manifest by his inability to keep his eyes on what mattered, and for a split moment he believed the problem around him was larger than the God that had just stayed his feet on water.

Peter failed, and so will we.

Unfortunately, failure happens to be one of the inevitabilities of the human experience, and one way or another we will come up short when it matters most.

Thankfully, Jesus would reach down and pull Peter from the waters, and similarly we don’t have to stay mired in our fears and failures. God is bigger, and we may fail, but he does not.