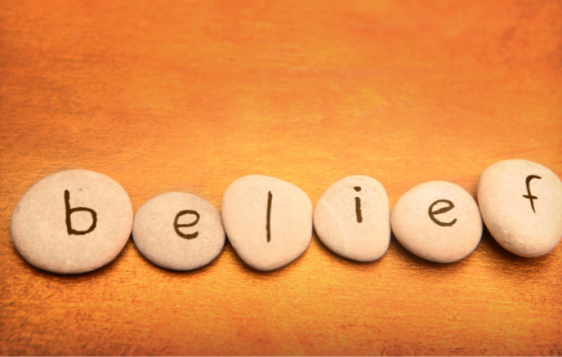 Beliefs. We live in a world of beliefs and belief systems. Everyone has them about just about everything. Even those who claim that they don’t believe have beliefs. So it really should not catch us totally off guard when we hear this claim that, “It doesn’t matter what you believe, really, so long as you’re sincere.” We hear that everywhere, even from folks who many consider leaders in the “world of Christianity.” I’m just not so sure that makes much sense, though.

Seriously – what does it say about the One we believe in if there’s no settled truth about Him? To me, that is almost like saying, “My beliefs bring me comfort, but they really aren’t true. Everyone needs comfort at times, so it doesn’t matter what you believe so long as you have something that gives you that comfort.” I think more of my God than that. Much more.
There are those who honestly believe that God isn’t that concerned about what we believe, so long as we’re “seeking after Him.” The only problem with that is He poured out His Spirit into about 40 men over a period of about 1,500 years to compile a book we call the Bible, and in it He says a few things about himself and what we believe. The bottom line? Jesus said in the Gospel of John, “I am the way, the truth, and the life. No man comes to the Father but by Me.” Call me crazy, but that sounds a little bit closed minded to me.

So in a world of pluralism, I hope we can see that although everyone has opinions on everything under the sun, opinions/beliefs are a different issue when it comes to God. It’s not about what we think, feel, or even believe. It’s all about who He is. And that’s settled.

A Christian’s belief system is everything we know about Jesus, the one who died for us and rose again in victory.

That’s just a thought, and I welcome yours.
Until next time,
Blake

Copyright © 2022 by Blake Martin @https://pastorblakeman.wordpress.com/2010/09/15/god-myth-2-beliefs/ No part of this article may be reproduced or reprinted without permission in writing from Lifeword.org.