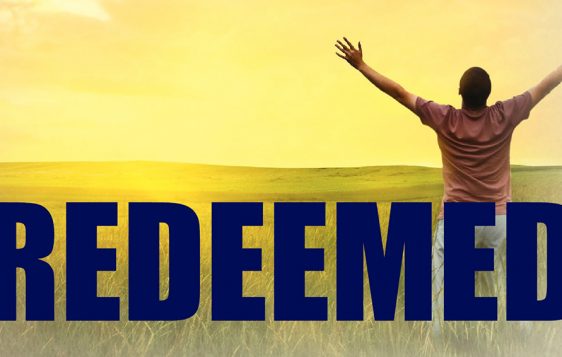 I don’t think it is wrong to assume many people dream about receiving a proposal of marriage.

In our day and time, it’s culturally normal for the man (and sometimes woman like Monica to Chandler in Friends), to get down on one knee and ask the person they have all the feelings for to spend the rest of their life with them.

As a little girl, I stereotypically loved all the wedding scenes in princess movies.

Cinderella, Ariel, Jasmine and even Anastasia eloping with Dimitri . . .  I have always loved a happy ending to a sappy love story.

In Ruth chapter three, we also read about a proposal, but this one involved feet and not a big fat diamond ring (or, more common in Bible times, an arranged betrothal established between the parents).

As a recap, Ruth and her mother-in-law Naomi lost their husbands in Moab and traveled back to Bethlehem. Ruth forfeited the comforts of home to follow Naomi to a new land, to a new people and to a new God.

In the second chapter, Ruth worked every day in the fields and received the generosity of a distant relative – Boaz.

Now, in chapter three, Naomi becomes a scheming matchmaker. She says to Ruth, “My daughter, it’s time that I found a permanent home for you, so that you will be provided for. Boaz is a close relative of ours, and he’s been very kind by letting you gather grain with his young women. Tonight, he will be winnowing barley at the threshing floor. Now do as I tell you—take a bath and put on perfume and dress in your nicest clothes. Then go to the threshing floor, but don’t let Boaz see you until he has finished eating and drinking. Be sure to notice where he lies down; then go and uncover his feet and lie down there. He will tell you what to do.”

“I will do everything you say,” Ruth replied.

Let’s back up and understand these instructions.

Naomi has noticed the generous favor Boaz has bestowed upon Ruth, and in the last chapter, she mentions that he is a “kinsman redeemer,” or, a close relative who can restore what had been forfeited once Elimelech and his sons had died.

He, being a relative, can marry Ruth and continue on Elimelech’s name and line and restore his property.

Naomi knows this and utilizes this night at the threshing floor to give Ruth a chance to ask to be redeemed. And when asking a man for a redemption marriage, the woman was supposed to uncover his foot.

So Ruth follows Naomi’s instructions by getting all dressed up and sneaking onto the threshing floor (this would have been a public place in the open where there would have been no roof or doors).

Boaz eventually falls asleep, then, Ruth quietly uncovers his feet, and lays down.

Around midnight Boaz suddenly wakes up and turns over. He is surprised to find a woman lying at his feet!

“I am your servant Ruth,” she replies. “Spread the corner of your covering over me, for you are my kinsman redeemer.”

“The Lord bless you, my daughter!” Boaz exclaimed. “You are showing even more family loyalty now than you did before. Now don’t worry about a thing, I will do what is necessary, for everyone in town knows you are a virtuous woman.”

Boaz is surprised, obviously, to find a beautiful woman at his feet in the middle of the night, but when he wakes up, the first thing he does is bless her.

If I were in Ruth’s shoes, I’d probably be a bit nervous proposing. But it seems Boaz is pretty good at calming her fears and giving his word that he would settle the matter that very next day.

The catch? There’s another relative more closely related to Naomi than he is, so that man gets “dibs” so to speak.

But, if he chooses not to redeem Ruth, Boaz promises to do so.

So Ruth lays at Boaz’s feet until the morning, but she gets up before she can be recognized. Then Boaz gives her six scoops of barley and returns her to town.

When Ruth comes back to her mother-in-law, Naomi asks, “What happened, my daughter?”

Ruth told Naomi everything Boaz had done for her, and Naomi says, “Just be patient, my daughter, until we hear what happens. The man won’t rest until he has settled things today.”

In summary, Ruth obeyed Naomi and asks to be redeemed by Boaz, a man who had continued to provide and show generosity to her family.

Do you feel in need of redemption today? Well, I have good news for you.

Jesus Christ is our kinsman redeemer.

And by his blood, we can be restored to our heavenly father.

God promised a great wedding feast one day between Jesus Christ and his bride, the church.

He has already paid the price – all we have to do is ask to be redeemed through faith like Ruth to Boaz.

Choose redemption today, and you will be blessed.

Copyright © 2021 by Melody Turner @ https://mxtv.org/choosing-redemption/https://antiochgt.com/blog/devotional/watch-your-mouth//. No part of this article may be reproduced or reprinted without permission in writing from Lifeword.org.