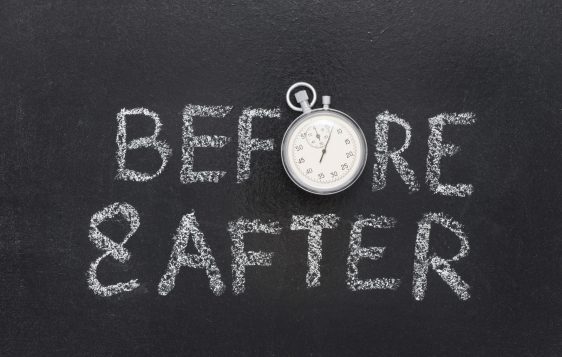 Do you find yourself asking that question often?

When my nephew was little, I could say anything and he would constantly respond with “but why?”.

Honestly, there were times I knew the answer and could explain it and he would still ask why. And then, there were other times when I would realize that I’m having a conversation with a six-year-old and there are things he just cannot understand. There’s a bigger picture that it all plays into and if I told him all of the “why’s”, it would be too much for him to comprehend.

As we grow, and especially as we study the word of God, we find ourselves asking God “why” often.

“But I will harden Pharaoh’s heart and multiply My signs and wonders in the land of Egypt. Pharaoh will not listen to you, but I will put My hand on Egypt and bring the divisions of My people the Israelites out of the land of Egypt by great acts of judgment.” (Exodus 7:3-4)

I recently had a young lady use this in a conversation with me about how bad God is and how He does not wish for all of us to be saved. When on the contrary, God’s purpose is far greater than we can comprehend.

I asked myself, “Why would the Lord harden the Pharaoh’s heart?” And if we pull this piece of text from the scriptures, we lose the context.

We do not see the before or the after.

It’s like pulling Chicken Little out of his story with him saying, “The sky is falling”, but never learning of the apple tree he was standing under.

So what’s happening before and after this verse?

Before:
1. Pharaoh has enslaved the people.
2. Pharaoh thinks of himself as a god.
3. The Israelites have cried out to God for help.
4. Moses and Aaron are called by God to free the people.
5. Moses is made to be a god in Pharaoh’s eyes so he will see him as an equal.
6. God is giving an overview or a brief summary of what will happen.

Verse five from chapter seven tells us, “The Egyptians will know that I am Yahweh when I stretch out My hand against Egypt, and bring out the Israelites from among them.”

So if we ask that question again with the context, the before and after, it seems the Lord has given us the answer:

1. He knows the hearts of all men.
2. He knows the beginning and the end.
3. He demonstrated his power and authority so that the Egyptians, those who were not His chosen people, those who worshiped false gods, would see who He was! God chose to show them He was the only God!

Throughout the next chapters, as we see the plagues unfold, we will also see each plague represents a different “god” the Egyptians worshiped. God was showing them that what they were worshiping were worthless, powerless and sinful. But He also was showing He alone is worthy to be praised.

God’s glory would be revealed to them so they could see the truth, no matter how hard it was. He knew what it would take to get through to them.

Even today, as we look at the hard situations of the world, I realize I have to stop asking why.

Ultimately, I know that God is in control.

While God does not cause evil, He may allow it for a season because in the midst of the hard times, where do we turn?

When we hurt, who do we cry out to?

When we’ve done all we can do and there is nothing left except. . . exactly. We pray to God. God knows exactly what it takes to get through to us.

Just like I was with my nephew and his questioning every little thing, the Lord looks at us as His children. He may give us some answers, but some are too much for us to grasp. His answers may be too complex for us to see the whole picture. But in time, we look back and we say, “OK, I see what you did there Lord.”

Don’t focus on just one tiny problem. Instead, look at the before and the after to get the whole context.

So instead of asking why, let’s ask, “Lord, how can you use me for whatever you are doing?”

Or, “God, what are you showing me through this?”