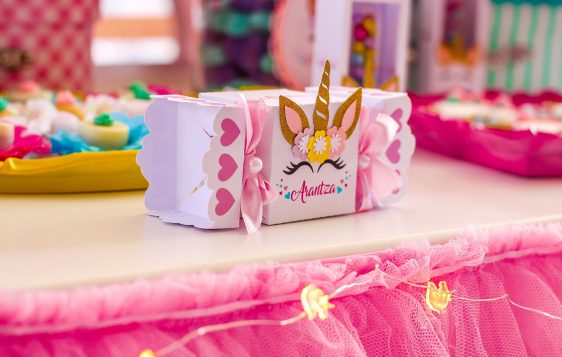 Talking with my niece is always an adventure, especially when she was younger. She’s a whimsical little girl and she has always been obsessed with unicorns.

In many of our play talks, we plan things like birthday parties or other events. A few years ago, she kept coming up with outlandish ideas such as having a jumping pit filled with marshmallows and pickles where everyone receives hundreds of presents while unicorns watch and play too.

While I knew none of these ideas would actually happen, I listened to them and admired her imagination and her excitement. Because deep down, I knew, if there really were unicorns, I’d make sure that little girl had one.

Abraham would do whatever it took for his nephew, Lot, too. Even if it meant begging God to save his life.

In Genesis chapter 18, Abraham is with three heavenly guests, at least one of them being the Lord Himself. After finishing the meal Abraham had provided them, the Lord promised Abraham and Sarah that they would have a child together in their old age.

When the guests were on their way out, the Lord told Abraham His plans for the evil cities of Sodom and Gomorrah.

“Then the Lord said, ‘Because the outcry against Sodom and Gomorrah is great and their sin is very grave, I will go down to see whether they have done altogether according to the outcry that has come to me. And if not, I will know.’ So the men turned from there and went toward Sodom, but Abraham still stood before the Lord. Then Abraham drew near and said, ‘Will you indeed sweep away the righteous with the wicked? Suppose there are fifty righteous within the city. Will you then sweep away the place and not spare it for the fifty righteous who are in it? Far be it from you to do such a thing, to put the righteous to death with the wicked, so that the righteous fare as the wicked! Far be that from you! Shall not the Judge of all the earth do what is just?’ And the Lord said, ‘If I find at Sodom fifty righteous in the city, I will spare the whole place for their sake.’ (Genesis 18:20-26)

God knows what is happening in Sodom and Gomorrah and He has come to righteously judge the people who live there, which means complete annihilation.

Abraham knows his own nephew Lot lives there. Abraham loves his nephew, but he also has compassion for the people there and he began to beg the Lord for mercy.

So, Abraham prays to God to spare the city if there are at least 50 righteous people.

God’s reply is, “I will not destroy it for ten’s sake.”

If that city had at least 10 people who were righteous the whole city would be spared.

Abraham is sincere in his prayer for the people, and God is sincere in His response. However, God knows all along that the whole area is rife with sinful hearts.

But God listens to Abraham’s requests just like I did when my niece was dreaming of impossibilities.

If there really were 10 good people, God would spare them. But He knew.

He gave them time to repent and they did not.

But God never once told Abraham his prayers were useless because he wanted to listen and show his love for Abraham all the more for it.

When I pray, I realize some things are completely out of my control. But I still pray. I recognize that God’s will for my life is far greater than my desires or plans.

He hears our desperate pleas, but ultimately, His will prevails.

I’m thankful for a gracious and loving God who shows His mercy to me daily.

I love that He desires for me to come to Him and ask for the craziest things, and if it’s His will, He delivers.

Thanks for listening God.