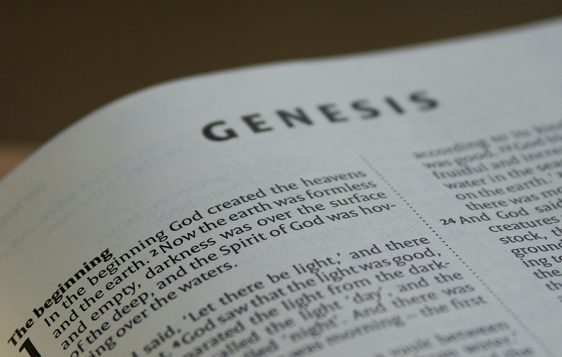 Have you ever wondered how the Books of the Old Testament were arranged—and how you can learn to find them faster?

I’d be willing to bet you’ve heard your pastor mention a book of the Old Testament and you had no idea where to find it. Maybe it was 2 Chronicles, Ecclesiastes, Obadiah, or Zephaniah and you started to panic—don’t worry, we’ve all been there. I want to explain how the Old Testament is laid out and how understanding its layout can help you find passages faster.

Until relatively recently (historically speaking), you could not fit all of this content into one physical book—it was just too much. We just didn’t have the printing and binding technology we have today). So what they did was take the writings of guys like Moses, David, Isaiah, etc. and keep them as separate documents. It was the collection of all of these different documents that made up Scripture.

That’s why our Bible—a book—has books inside of it—like the Book of Genesis, the Book of Exodus, the Book of 2 Chronicles, etc. All of these were once separate documents—or books as we call them—that made up the LIBRARY of the Old Testament.

It’s this way of thinking that actually helps us to understand how the Old Testament is arranged. When we see the Old Testament as a LIBRARY—not as a book, but a collection of books—we get a clearer picture. When you pick up a book, you probably assume that it’s in chronological order—that the end of the book will take place after the beginning of the book, right? But when you go to a library, you don’t expect it to be in chronological order—with the oldest books first and the newest books last. No, you expect it to be in order by subject according to the Dewey Decimal classification. You know, with the 200s being religion, 500s being science, the 900s being history, etc.

Well, that’s how the Old Testament is arranged—not by Dewey Decimal, but by classification. The first five books of the Old Testament—Genesis, Exodus, Leviticus, Numbers, and Deuteronomy— is “The Law.” Other names for these books are the Pentateuch (Greek for “five books”) and the Torah (Hebrew for “the law”). Why is it called “The Law”? Because this is where God gives Israel the Ten Commandments and the rest of the Law.

The next set of books is history—Joshua, Judges, Ruth, 1 and 2 Samuel, 1 and 2 Kings, 1 and 2 Chronicles, Ezra, Nehemiah, and Esther. Now this isn’t to suggest that the rest of the Old Testament isn’t history—it is simply referring to the books of the Old Testament after the first five that chronicle the history of the people of Israel after they are established as a nation.

This group of books spans almost one thousand years and covers history like the founding of the nation, the kings, the split between Israel and Judah, the exile to Babylon, and the return to Jerusalem. There’s a lot there!

The next grouping is the wisdom section: Job, Psalms, Proverbs, Ecclesiastes, and Song of Solomon—it’s just what you think it is—a collection of wisdom!

The rest of the books can be referred to as “The Prophets,” but it is usually broken down into the Major and Minor ones.

The Major Prophets are the four prophets who have the longest writings: Isaiah, Jeremiah (who also wrote Lamentations—that’s why it’s in the Majors), Ezekiel, and Daniel.

The Minor Prophets are twelve books that are much smaller and are ordered roughly in chronological order.

So the library of books that makes up the Old Testament is ordered like this: law, history, wisdom, prophets (major then minor).

You may be asking, “But how does this help me find them faster?” Great question—glad you asked it! Remember what we just said: law, history, wisdom, prophets. If you split your Bible right in the middle—nine times out of ten you will hit Psalms. If you’re in Psalms, you’re in the wisdom section. If you need one of those, they’re right there (Job before and the others after). If you’re looking for one of the books of the law or history, look to the left of Psalms. The further left you go, the further back in time you go.

So if you want to go back to the Exodus from Egypt, you need to go way to the left. If you’re wanting to read about the kings of Israel, then you don’t go back as far because there weren’t kings before the nation was founded after they left Egypt. If you need one of the prophets, start looking to the right (of Psalms). The majors will be first—remember, there are just five books there but they are long. As for the twelve minor prophets, they take some time to learn how to navigate them quickly—there’s no shame in using the table of contents!

Just like with anything, the more time you spend with the Old Testament, the faster you can navigate it. It’s kind of like me with my parents’ satellite TV. I’m pretty tech-y, but satellite TV is a technology I never use. When I visit them, I feel like a total dummy asking them how to find the right channel—it’s embarrassing. It’s not that I’m incapable of getting it, it’s just that I haven’t spent enough time in it. It is the same with navigating the Bible, the more time you spend in it, the faster you can find things you are looking for. Take the time, it’s worth it!

Copyright © 2021 by Stephen Castleberry @https://www.youtube.com/c/stephencastleberry. No part of this article may be reproduced or reprinted without permission in writing from Lifeword.org.