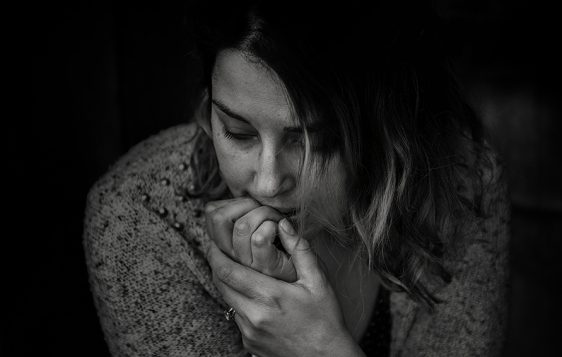 It is “a mental state achieved by focusing one’s awareness on the present moment, while calmly acknowledging and accepting one’s feelings, thoughts, and bodily sensations, used as a therapeutic technique.”

According to research by Brown University, eight out of ten Americans say they have life-altering stress.

In January of 2020, NBC News aired a piece about using “mindfulness”  to combat stress and anxiety. There’s certainly a lot of that these days, and it has been exacerbated by coronavirus concerns and what NBC says is “the uncertainty of the political climate.”

This news story, which included interviews with mental health professionals, said the best way to combat stress and anxiety is to practice using a focusing technique called “mindfulness.”

First, they say, you should settle in, breathe, focus then move on from the anxiety-inducing thoughts to the calm-inducing ones. Sounds a lot like meditation, which is a very important part of Scripture. One of the first references to meditation occurs in the first book of the Bible.  Genesis 24:63-64.

Isaac is meditating out in the field one evening as he anticipates the arrival of the wife God has chosen for him and that he has never laid eyes on. Probably a good use of meditation right then. Surely Isaac is nervous, even though God told him, “I’ve got this.”

We’re not told what Isaac is being “mindful” of but the verse says, “ . . . as he looked up (from his meditation) he saw camels approaching.” His bride Rebekah dismounts, their eyes meet, it’s beautiful.

On one of those camels rode Rebekah, his bride to be. She dismounts, their eyes meet, and what follows is one of the greatest romances recorded in the Bible.

Five books later in Joshua 1:8, instead of meditation being associated with a momentous event, Joshua records God’s command to the nation of Israel to meditate: “Keep this Book of the Law always on your lips; meditate on it day and night, so that you may be careful to do everything written in it. Then you will be prosperous and successful.”

So who wants to meditate on laws? Sounds boring. But God’s laws are a  life-giving, beautiful set of guidelines given by the Father who loves his chosen people. And, yes, they’re the same people who will turn their backs on him, curse him and defy him numerous times.

But hear this: God wanted (and still wants, because he’s immutable) the very best for these wayward, perverse, sinful people. And guess what! Every person who has lived and will ever live is included in this people group.

We’re only five books into the Bible, and already God has inspired at least two writers to record the benefits of meditation. But then we get to the Psalms, and I haven’t counted, but I’m gonna go out on a limb and say that this book has the most references to meditation.

Probably because many of the Psalms were written by the second greatest meditator of all time: David, a man after God’s own heart. Oh, David, how much you loved God, yet how much you sinned!

In Psalm 19:14, David pleads to God, “May the words of my mouth and the meditation of my heart by pleasing in your sight, O Lord, My Rock and my Redeemer.” David is well aware of his sinful thoughts and his wayward-ness, but he begs God to guide his mindfulness/meditation, that it would honor the Lord, the only one who offers life and freedom from sin.

There are many more verses in the Psalms about meditation, sometimes using the words think or consider, sometimes using phrases like search my heart or think of you. But they all have to do with “one’s awareness on the present moment . . . calmly acknowledging and accepting one’s feelings, thoughts,” the mindfulness definition.

So finally we get to THE greatest meditator of all time, Jesus Christ. The previous verses came from the Old Testament, and it’s “old” not because it’s irrelevant, but because it points directly to the Law’s replacement, the rest of the story, the greatest gift ever given to the world . . .

Jesus and the cross that he died on,

Jesus took the command to meditate to new heights. His meditation caused the blood vessels on his face to break. But he didn’t expect mankind to pray, meditate or be mindful in the same way that he, the Son of God, did. Instead he was more concerned about our meditation being absent of motive or agenda.

Here are Jesus’s instructions: “But when you pray, go into your room, close the door and pray to your Father, who is unseen. Then your Father, who sees what is done in secret, will reward you.”

The mental health professionals who advocated mindfulness as a remedy for stress and anxiety probably weren’t thinking of what the Bible has to say about meditation, and I’m not an expert on the topic.

When I try to slow down myself and my thoughts, I can’t last a minute without thinking of my agenda or motives, but let me just say this as a Christian: I mourn for those eighty percent of you who have stress and anxiety, especially if you have the out-of-control kind. It’s a horrible way to live.

Do I worry about my family? Yes.

Do I have terrible concerns about what could happen in the future? Yes.

Yes, I have those thoughts, but I also have Jesus, and every time they happen, I immediately remember that he holds my future in the palm of his hand.

Jesus is the best “therapeutic technique” of all time.

And I want you to feel that way, too.

Right now, I’m praying earnestly for two young girls who have so much anxiety that they have thoughts of suicide. I’m praying for a family member who begins conversations with “I’m worried about . . . “

What is society and culture doing to these precious ones?

And more importantly, what can be done to stop this horrible trend?

I have one answer, but the secular world would say all of us Christians are kooks. They would also say that we’re ridiculous for believing a book of old fairy tales that are completely irrelevant.

On the other hand, some of the most famous “kooks” used to think the same thing and even tried to prove that Jesus was just a good teacher. What happened when they tried to find proof that he was not the Savior of the world?

They found out that he was who he said was.

So what is my ”kooky” answer? Mediate on God’s Word. Use “mindfulness” to consider God’s creation, his love for you, and his offer of the peace that passes understanding.

Surrender your life to Jesus today. If anxiety, stress, depression and hopefulness are a part of your life, what have you got to lose?

I’m no expert on meditation, so what makes me an expert on the answer to finding peace: Forty-five years ago, I exchanged a life of worry for a life of victory.