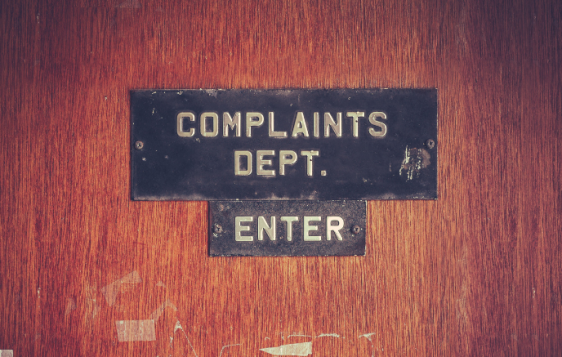 “Do all things without grumbling or disputing, that you may be blameless and innocent, children of God without blemish in the midst of a crooked and twisted generation, among whom you shine as lights in the world . . .” (Philippians 2:14-15)

We are a race of complainers. All we have to do to know this is true is scroll down the feed on our social media flavor of choice. We complain when the power goes out; we complain when it snows; we complain it’s too hot; we complain that we’re tired, or the car broke down, or the neighbor’s dog dug up our begonias again.

Complaining isn’t limited to our social media day and age, however. It’s been around for millennia. One of the biggest groups of complainers we have on record are the Israelites in the Old Testament. Specifically, in Numbers 11:1 we read:

“And the people complained in the hearing of the LORD about their misfortunes, and when the LORD heard it, his anger was kindled, and the fire of the LORD burned among them and consumed some outlying parts of the camp” (Numbers 11:1).

What were the big misfortunes that Israel needed to vent to the Lord? The prophet Nehemiah recounts the main things that happened to Israel after their departure from Egypt. Here’s a breakdown from Numbers 9:9-21:

Sounds like a big list of grievances, doesn’t it? God did nothing short of several miracles to sustain and protect his people. Granted, they were not living in palaces with servants and nightly banquets and feather pillows under their heads, but God faithfully provided for all their needs in wholly sufficient ways. Not once or ten times, but daily—for decades.

And their response was to grumble.

So God’s “anger was kindled,” and he sent out fire to consume parts of their camp.

Why was God so angry?

Because the Israelites weren’t just complaining about food or drink, they were complaining against God himself.

Just like the Israelites, everything we have is from the hand of the Lord. He gives to humanity life, breath, and everything (Acts 17:25). We may make plans, but everything that happens to us is also from the Lord (Proverbs 16:1, 9, 19:21).

So when we complain, we are not just grumbling about things or events, we are grumbling against God. Our hearts are either consciously or subconsciously saying what God has given is not good enough and that we know better what is good for us.

The word disputing in Philippians 2:14 can also mean “arguing,” or “questioning.” Essentially, we are questioning God’s goodness and arguing with his ways when we complain. We do this in big things, such as when our car breaks down on the way to work or we become ill, but also in small things, such as when they are out of our favorite latte flavor at the coffee shop or we have to wait in a long line at the store.

But who are we to answer back to God? Should the clay ask the potter, “Why have you made me this way?” or “Why did you ordain the events of my day like this?”

Instead of questioning if God knows what he’s doing, we need to start trusting. We need to start believing that he knows what’s best for us, whether it’s having manna instead of fish and melons (Numbers 11:5-6), having a small bank account instead of a large one, or having chronic pain instead of perfect health.

That doesn’t mean God always wants us to go through difficulties and pain, and it doesn’t mean that we won’t have some of those other things, some of the time, maybe. What it does mean is God’s ways and thoughts are higher than ours (Isaiah 55:8-9). Not only does he see the plan for our lives from an aerial perspective, but he is also the maker of the plans. His ultimate goal for the lives of his children is so much greater than anything we could come up with for ourselves. He wants to make us like his Son, Jesus Christ, perfecting the holiness in us without which we will not enter his kingdom and gaze upon his wonderful face (Matthew 5:20; Hebrews 12:14). And he knows how best to achieve that goal.

Grumbling and disputing are hindrances to us becoming “blameless and innocent, children of God without blemish” (Philippians 2:15). It makes us resistant, or hardened, to what God is working in us. It also affects our witness to those who do not know Christ.

So the next time we are tempted to complain, we need to remember:

Lord, help our hearts to accept what comes from your hand, from the daily disturbances of our plans, to the job offer we didn’t get, to the loss of a loved one, without complaining or fighting against you, but instead joyfully acknowledging you are good, wise, loving, and know what’s best for us. Help us to trust you and give thanks to you at all times for all things. Amen.