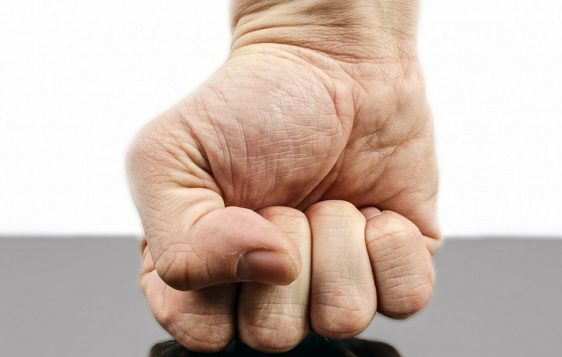 “Why are you bitter?”

Radio personality Alan Colmes used to end his daily radio show with a bit where he asked that question: “Why are you bitter?” People would flood his show with calls to offer their responses. The trick was that you had only five seconds to tell him why you were bitter.

I listened almost every day. It was hilarious. Some people who called were big-time complainers and very angry. But most called in with sarcastic remarks. All of it made me laugh. It was funny because it sounded too real for me . . . I worked in a Baptist church for forty years, and believe me, people can really get angry and bitter.

Recently I was sitting in the waiting room of a car dealership while my truck was being serviced and on the TV pops up a show called The View. It’s a show I’ve heard a lot about but that I’ve never watched. Man, those are some angry ladies!

The host at the beginning of the show looked right into the camera and, buddy, let me tell you it was on! You could tell that she was more than angry. She was bitter! After about five minutes of listening to her rant I decided I’d had enough. I found another place in the showroom to sit and wait for my truck.

That’s usually the response people have to angry people. If someone’s life is filled with anger and bitterness people may hang around them for awhile just to fight, but most people will simply go on their way.

Because bitterness and rage inside the angry person drove them away. Folks who live with unresolved anger in their lives can find a weird sense of solace, but the people who are on the receiving end of that anger will only deal with the bitterness for a little while. People would rather walk away from you than fight with you all the time.

Hebrews 12:15 says, “ . . . Watch out that no poisonous root of bitterness grows up to trouble you, corrupting many.”

Anger and bitterness are corrupting. They will not only ruin your life but they will also ruin your relationships.

The Hebrew writer’s advice from God was for us to be on guard for bitter roots in our lives. They can begin to take root and grow inside of us before we know it and because of all sorts of reasons:

Someone says something unkind to us that we can’t shake . . .

We get passed over for that promotion we know we deserve . . .

All these things and a million more can take momentary anger flashing across our emotions that would normally melt away and, instead, attach that anger to our souls. It’s not an anger we shake off. It’s an anger we purposely hang on to. This kind of anger plants seeds deep in our hearts then becomes bitterness.

So how do you escape those lasting feelings of anger?

How do you put anger in its deserved place and move on with a happy life?

The answer is found in the first half of Hebrews 12:15: “Look after each other so that none of you fails to receive the grace of God . . . ”

Receive the precious gift of grace.

Drink deeply from the fountain of grace in your own life.

Think of what you have been forgiven for.

Understand just how miserable and detestable your sin is to a Holy God and how he purposely forgives you of those things that insult his holiness.

Rediscover just how much grace cost Jesus and how little you deserved it.

Then let the reality of your forgiveness wash over you.

That’s exactly the kind of grace it takes to let go of your anger and bitterness.

There’s freedom in that kind of grace! It will really change your life. It will make you the kind of person people run toward instead of run away from. Just as bitterness is a cancer that corrupts, accepting and extending grace is an everlasting cure that will heal.

Grace is the best of God’s gifts!

Accept his grace and offer that kind of grace today!

After all, you don’t want to be mistaken for a host of The View!