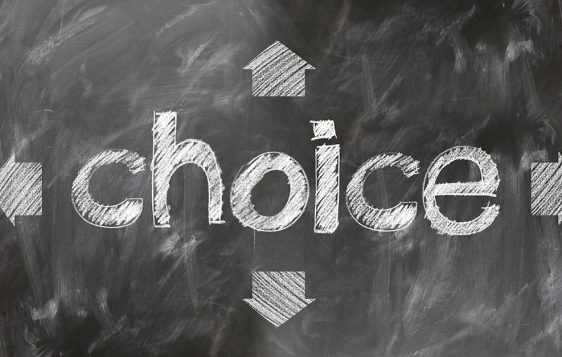 It is with a good dose of humility I wish to write a post on abortion. I desire for this conversation not to cease, but to continue – to become more intense than it has been. Only then do things begin to change.

Abortion is, topically, as emotionally charged as sexuality right now in our nation. It’s also politically charged, which I’d like to avoid as best I can. A lot of sensitivity, and nuance, and explanation of what I am not saying is needed.

And yet, because of what’s at stake – namely, the loss of innocent life – it’s worth the risk of being misunderstood, and being put in a box, and being labeled as a “hater of women,” or what have you.

Simply, I write this with two hopes. First, that Christians (and others who oppose this great evil as we rise up to defend the innocent) might ponder at deeper levels why this is just not OK. Second, to persuade via plain facts many who do support abortion.

Defining the term – why words are so, so, so important

I find it helpful to begin discussion on abortion by defining the word. What exactly is an abortion?  This is paramount to do, because different sides define it in different ways.

This is arguably the primary issue. There is a lurking wickedness in re-defining atrocities into a more palatable choice of words. Here’s what I mean…

Is abortion “the murder of an unborn baby” or “a responsible, loving choice of a mother”?

Just by looking at those definitions, I get confused. Right? Like, I want to oppose the murder, but I want to support responsible maternal choices.

However, these views are diametrically opposed. You can’t possess both views without ripping apart your soul – and brain.

You see, cleverly defining something into a more appetizing description will get a lot more people behind the idea. This is what we’re seeing with the “Love Wins” movement, supporting the LGBTQ+ community.

Who wants to oppose love? It’s marketed that way to make you feel awful for opposing it.

So, for those who support abortion…nobody wants to think they’re murdering little babies. And yet, they desire convenient choices for the mother.

Why not, then, water down the barbarity of the abortion, alter the angle from something negative about the baby to something positive about the mother, and suddenly you can wrap your conscience around it.

And it traps opponents, making them feel like they’re against women when they disagree.

Why, then, is abortion bad?

I’ll supply some reasons. But before I do, please know these aren’t an exhaustive list. It’s not the first article written on the topic. Hopefully, it arms you with new thoughts and reasons to labor to end this Violence of all violence.

As well, they center on the unborn child being a human – I find this most helpful to argue when talking with everyday folk.

First, abortion is the murdering of a human being.

I had a student confess to me, “When I try to tell people abortion is wrong it usually goes along the lines of me giving an answer and them saying, ‘Well, I don’t believe that.’”

If you resonate with this, start the argument with the fact that this unborn baby, or child, or fetus, is a human.

In most states, if someone kills a baby in the mother’s womb, he or she is guilty of, at least, manslaughter.  In other words, it’s illegal– based on the humanity of the fetus – for someone to kill an in-the-womb baby.

However, if the mother chooses to have the baby killed in a sterile clinic via surgery (one involving the ripping apart of the baby’s limbs, and actual misery and pain to the baby) it’s suddenly legal. That’s a fatal inconsistency. A horrific flaw.

The will of the strong determines the right of the weak – totalitarianism at its finest.

Second, in the same hospital some doctors will labor to save and to kill babies.

Once more, a fatal inconsistency.

Third, everyone knows babies can live on their own at 23 weeks

This of course means the baby can fully function outside of the womb, with every organ. Sure, more development is needed. But you can say the same thing about my five-year-old. When do we draw the line?

Because right now, in your zip code, a baby can be legally killed (even beyond 23 weeks) if it simply “distresses” the mother. That’s the qualification. Distress.

How many things have been swept under that heading by mothers simply trying to convenience their life? (By the way, I know that’s a firm way to say it. I said it that way intentionally. Because convenience reigns supreme in this arena. But I also know there are exceptions to this, such as a family member forcing a young woman to have an abortion).

Fourth, what’s the difference between abortion and murder?

Mother A delivers Baby A at 25 weeks. After the hospital, she takes the child into the woods and strangles it with her bare hands. She is charged with murder.

Mother B delivers Baby B at 25 weeks at an abortion clinic, still in the womb. A specialist strangles it in a flurry of blades. And he is paid a lot of money.

Fifth, the baby in the womb does require the mommy for life

Some take this fact and conclude, “The baby doesn’t get rights as a human because it lives via an umbilical cord – it’s not quite human yet.”

What about those on a respirator? A dialysis machine? Are they human? How about certain, less obvious instruments of keeping us alive – such as the hundreds of millions on various medication, inhalers, and carrying around epi-pens?

We are all dependent at some level, some of us in more extreme ways.

Where do you draw the line? No, really. Where? Do we punish with death those who are most in need simply because we can? Do we form hypocritical arguments in an effort to justify our convenience?

Sixth, others argue that the size of the baby makes it less human

This argument bears little weight in my mind, and yet many stand behind it. Yes, babies are small. Really small. Because, they are babies. But using this logic implies a one-month-old (outside of the womb) is more vulnerable to murder than a five-year-old just because it’s smaller.

It just makes no sense to me.

Seventh, same thing but with intelligence

Is a one-month-old baby (outside of the womb) less human because it hasn’t developed reasoning capabilities yet? Some would argue this. What about special needs children (or adults) then?

Eighth, unborn babies are human beings based on their genetic makeup

Human genetic makeup is in us from day 1. Sperm meets egg, boom. Not a rat. Nor a monkey. Human DNA, human life.

Ninth, at the eight-week mark every organ is there

The brain is operating, the heart is pumping blood, the liver is creating blood cells, the kidneys are cleaning fluids, and there are clear, unique fingerprints.  Yet, the majority of abortions occur after this date.

Tenth, ultrasound images reveal so much

Images of an eight-week-old baby (that’s only 50 days in!) sucking its thumb, recoiling from pricking, and responding to sounds in the womb. But again, most abortions occur after this date.

Those who advocate for abortion claim it is a “personal” decision. Why, then, do they not consider all persons – including the unborn child? Both the mother and baby desire certain rights—the mother wants the right to not get pregnant and the baby wants the right to not be killed—but only one side is listened to, because the other side just can’t speak yet. Is this not an ironic horror?

For those who’ve had an abortion…

I have friends who have had abortions. They regret their past very much, decisions they’ve made, actions that haunt them. They’ve sifted through the people, and their counsel, who encouraged them to abort. They’ve learned from it.

But far more importantly, they’ve received forgiveness from God, because they have asked for it. It freed them to forgive themselves, too. This is what they needed.

This is what I needed, as a sinner.

This is what you need, too. Please consider looking to Jesus, who was murdered on the cross for you, to take your sin to the grave, and leave it there. If you desire for God to say, “I forgive you”, all you must say first is, “I have sinned.”

He will meet you with a gracious love, a mending of your soul, a clean slate.

Heaven is filled with awful sinners made clean not by their good-ish deeds, but by the blood of Jesus.

Copyright © 2020 by Justin Talbert @ https://getgroundedministries.com/2020/01/29/conversations-on-abortion-with-everyday-folk/. Used with permission. No part of this article may be reproduced or reprinted without permission in writing from Lifeword.org.