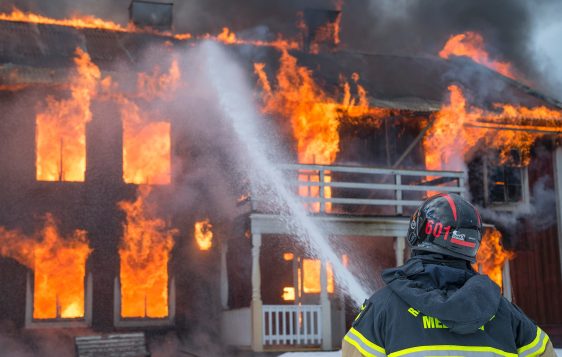 Every summer, I enjoy my precious bit of free time by reading a few books merely for enjoyment or my own knowledge.  I like reading other people’s stories or losing myself momentarily in a work of fiction.

I’m currently reading a book called Little Fires Everywhere.  It’s been good so far.  I feel as if that title describes my life most of the time.  I am constantly putting out fires everywhere.

Breaking up a fight between two boys.

Cleaning up a mess that Bo made.

Hurrying the kids into the car because we’re running late to a dentist appointment.

It’s exhausting being a solitary firefighter, but God can also use the fires in our life to reveal to us his presence. Moses had been in the wilderness of Midian for forty years.  Growing up in an Egyptian palace, this was probably not how he imagined his life would be like.

However, God spoke to him from a burning bush and used him to deliver the nation of Israel.  The people would wander in the desert for forty years because of their sin, but God lead them by night with a pillar of fire.

You may be in a wilderness yourself right now.

Legal struggles with no end in sight.

Financial difficulties that don’t seem to ever get better.

Battles with depression or anxiety or insomnia or all of them.

Loneliness that threatens to crush you under its weight.

Our gracious Lord wants you to know that this is all doing something in our lives. These difficulties are “preparing for us an eternal weight of glory beyond all comparison” (2 Corinthians 4:17).  Sometimes it feels as if God doesn’t see or care what you’re going through.

However, Scripture tells us over and over again that God sees, and he knows.  (Go to Exodus 2:25 and Genesis 16:13 for examples.)  James 1 says that our trials are making us “perfect and complete, lacking in nothing.”

There’s a catch though.  God can’t do this work in an angry, bitter heart.

It’s hard to accept the way our lives are versus the way we wanted them to be, but what if God is preparing you for something greater?

Joseph’s situation seemed hopeless. For thirteen long years, he was trapped in slavery and then prison, but he didn’t turn against God.  One day, after he became ruler in Egypt (second only to Pharaoh), he was faced with the very brothers who had sold him into slavery.  He could’ve punished them, but he didn’t.

Joseph recognized that God’s hand had been on him all along, even in the darkest of times.

If you’re struggling right now, maybe the best thing is to worship, do the best you can, and trust God with the outcome.  Remind yourself that this is hard, but it’s just a season.

Someday you’ll be past the hard times, and you’ll be able to look back and see that God has given you a story of his goodness and his grace.

Copyright © 2019 by Nafisa Morris @ rekindling joy.com Used with permission. No part of this article may be reproduced or reprinted without permission in writing from Lifeword.org