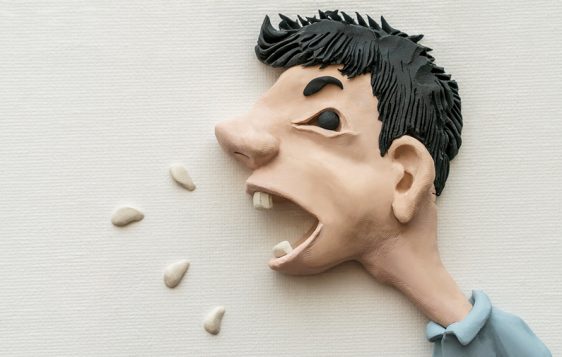 When was the last time you heard or went on a rant about some general demographic? Foolishly, I often find myself guilty of the very subject of this article. In fact, this short op-ed might come across as a bit of a rant so, yes, this is a rant about ranting.

I prefer to think of it as a challenge to a general demographic, namely, “Christians.”

Either way, it is perfectly biblical to challenge our brothers and sisters who reside within the fold to operate in a more Christ-like fashion. The reason for my rant today is that I more often see Christians moan and complain about those outside the fold.

First Corinthians 5:9–13 makes it pretty clear that we don’t have any business judging those outside the church.

I am continually surprised that so many Christians are surprised when non-believers live in a way that is consistent with non-belief. Many times we give the non-believer a label, deem them as the enemy, complain about them and their “agendas,” and then, worst of all, do absolutely nothing to show them the love of Christ or share the gospel with them.

Some of these common targets of complaining, demeaning and all other manner of unwholesome sentiment include homosexuals, college students, “the young,” Democrats, liberals, etc.

“Well, should we always support those people and what they ‘stand for?’” Of course not, but you should always love them. And what does your complaining accomplish?

In fact, it is worse than nothing. Continually smack-talking others, whether they are present or not, is counterproductive to advancing the kingdom. It fosters hostility toward those we are called to reach. We should ask ourselves two questions before whining about the outsiders:

1. Is this speech profitable to the kingdom? (This sort of speech is actually very profitable monetarily speaking. Talk radio and cable news have made billions.)

2. Have I actually put any effort into taking the gospel to the people about whom I am talking?

If you can’t answer either of those questions in the affirmative — especially question #2 — then what on earth do you have to complain about other than yourself?

So, here are some more mostly rhetorical questions:

When was the last time you got to know a person, made in the image of God, who identifies as gay?

Is your church lacking “young people?”

When was the last time you had a deep conversation with a college student where you listened to understand the issues he or she is dealing with and then taken the time to help with them?

And who among us can honestly say that they never convinced another human being to change their political vote because of a Facebook post?

There might be a lot less to complain about if we would spend less effort in being offended and more into showing the love of Christ to a lost world.

Stop complaining about people, especially if you aren’t even trying to reach them.