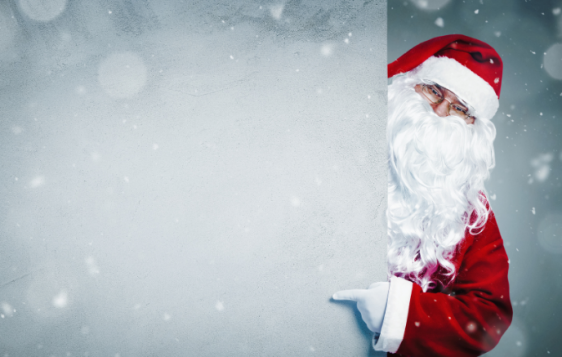 Another Christmas season has come and gone, and that includes the traditions that make it such a special time of year.

Those traditions are different and unique for each family. But there are quite a few that are pretty common across a wide range of people. Nobody is exactly sure how they got started, but they seem to have always been there. And we just expect and accept them as part of the season.

Perhaps one of the most common but strangest Christmas tradition is the time-honored practice of threatening our kids throughout the season. Now before you think I’ve been in the spiked eggnog, think about it.

A major part of the story of Santa Claus involves our kids being threatened that if they are not good, Santa Claus will not come to their house. I’m not sure when that became part of the story, but parents sure latched on to it and have leveraged it to their advantage for longer than I’ve been around. We even sing songs about it.

Now I’m not criticizing it one bit. My parents did it with me. And we did it with our own kids. And our kids are doing it with our grandkids. It has become ingrained as an integral part of the story and perhaps it does help teach the concept of consequences. But I have a feeling that it was added to the original story of Santa Claus at some point by a weary parent who just needed some leverage.

Then about fifteen years ago, along comes a new threatening tradition– that little creature from the “Elf on a Shelf” story. Now the kids don’t just have to worry about Santa, they also have to be aware of a spy in their house every day that rushes back to Santa with a report every night. And again, parents latched on to the story with great enthusiasm and a whole new set of threats became cherished family traditions.

But again, I’m not knocking the tradition. Those implied or spoken threats are part of the story and kids love the little guy– even if he is a snitch. So enjoy it with your kids or grandkids if you see fit to do so.

But unfortunately, there is a troubling set of implied and even spoken threats that have also invaded the true Christmas story. Somewhere along the way, the perception of Jesus as a threatening being that waits and watches for us to do something wrong has taken hold. There are parents that use Jesus for leverage just like they do Santa Claus and the Elf.

Kids are told they had better be good because Jesus is watching them. And from that threat, they develop a wrong view of Jesus, and an unnecessary and improper fear. A fear that unfortunately could keep them distant from Jesus for life.

And it’s not just happening to kids. There are adults being told the same thing by supposed well-meaning Christians. And because they can never live up to what they are told Jesus expects from them, they avoid Him altogether. And that is a needless tragedy.

So where did this idea come from? Where in the story of Jesus do we ever see any sign of a condemning nature? Where did Jesus ever threaten anyone that He is watching for anything they do wrong, so they better be good or else?

We certainly don’t find any of that in the Bible. But don’t take my word for it. The biographies of Jesus were written by four different authors and nowhere is there any example of Jesus as a condemner. Read the stories of His life in the New Testament books of Matthew, Mark, Luke, and John for yourself. In them, you will find the nature of Jesus as being one of love and grace, nothing more, nothing less, and nothing else.

Unfortunately, many have tried to add conditions and boundaries to that love and grace. Conditions and boundaries that are not there and never have been. Sometimes with good intentions, they have added to the story of Jesus in an effort at leverage to impact behavior. But from beginning to end the Bible instructs us never to add to its content, regardless of the goodness of our intentions.

Using the name of our Lord in a manipulative way to impact or coerce behavior is a misuse of Jesus and was spoken about in what we refer to as the Ten Commandments:

So if you’re guilty of it—STOP IT.

If you’re a victim of it—REJECT IT.

Certainly our actions have consequences. God designed the world to work that way. And that is actually a product of His love and grace, as most of us are not very good at learning without consequences.

But those consequences never remove us from the love of God. And the grace granted to us by our faith in Jesus is never taken away from us.

Before we go, consider for a moment these three quotes directly from Jesus that should remove any fear of him that we may have developed from the erroneous threats we may have heard or felt:

1. “For God sent His Son into the world not to condemn the world; but that the world through Him might be saved.” (John 3:17)

2. “There is no condemnation against anyone who believes in him.” (John 3:18)

Jesus has never shown any interest in condemning our past but has an intense interest in instructing our future. Accept that truth today and accept his unconditional love and full offer of grace through faith in him.

Because that’s an offer you can’t find anywhere else. Not even from Santa.