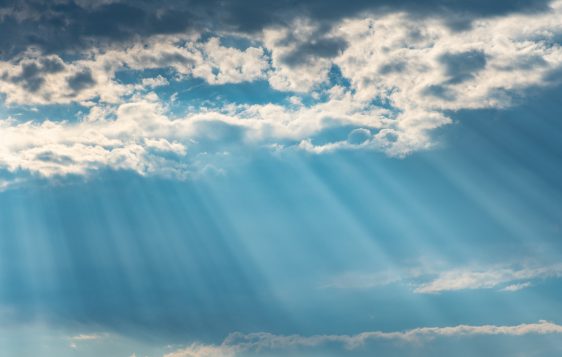 A few months before my dad died, we sat in my living room and casually talked about his funeral arrangements.

It wasn’t a depressing or a devastating conversation, and we honestly had no clue how long he really still had left on this earth, but as we talked about music and such, he asked me to write it all down.

We had no money, of course, so I wasn’t exactly sure how everything would be paid for. I asked about where he would be buried, and he said that had been taken care of.

While the Youngs may not own much, at least we have a cemetery. He said he already had a plot there and told us exactly where it was for him to be buried.

I knew there was a high price to pay to secure a final resting place.

In the book of Genesis, we also see Abraham making the arrangements to lay his wife Sarah to rest.

They had lived a good life and the Lord had blessed them immensely. But the time came for Sarah, and she passed away near Hebron, which was not their home.

In Genesis 23, Abraham is in a foreign land trying to secure a burial site for his beloved. He decides on a cave and asks who owns it, who was Ephron the Hittite. They then discuss the purchase of the cave.

“Now Ephron was sitting among the Hittites, and Ephron the Hittite answered Abraham in the hearing of the Hittites, of all who went in at the gate of his city, ‘No, my lord, hear me: I give you the field, and I give you the cave that is in it. In the sight of the sons of my people I give it to you. Bury your dead.’ Then Abraham bowed down before the people of the land. And he said to Ephron in the hearing of the people of the land, ‘But if you will, hear me: I give the price of the field. Accept it from me, that I may bury my dead there.’ Ephron answered Abraham, ‘My lord, listen to me: a piece of land worth four hundred shekels of silver, what is that between you and me? Bury your dead.’ Abraham listened to Ephron, and Abraham weighed out for Ephron the silver that he had named in the hearing of the Hittites, four hundred shekels of silver, according to the weights current among the merchants.” (Genesis 23:10-16)

This exchange was actually a typical bargaining conversation during their time. While it may seem to us that Ephron was trying to be kind and to give the land to Abraham, that’s not exactly what was happening – it was just part of the process.

If Abraham had accepted it as a gift, it would have been an insult to Ephron. If Ephron didn’t intend to be paid, he would have never mentioned a price.

Which brings us to our next point. 400 shekels of silver was double what it was worth! Again, it was part of the bargaining practice.

Normally, the offer is double so the purchaser will then come back with an offer of half that, the real worth, and they agree.

But not Abraham. He paid the asking price, no matter how much it cost him. He knew there was a high price to pay to secure a final resting place.

What about for you?

Do you know your final resting place? And I don’t mean your gravesite.

I’m talking about your eternal home. See, that comes at a cost too.

Jesus knew there was a high price to pay to secure your final resting place, and He agreed to pay it. Our sins require a payment, one that can only be paid with death.

He gave His life for us so we wouldn’t have to pay it. The only thing we have to do, is to accept His offer.

There are only two options:

You accept Christ as your Savior, the one who paid your debt. You believe in Him, the Son of God, follow Him, and surrender your life to Him.

Some think to not make a choice is being indifferent, but it’s not. To not accept Him is still a choice… And it has the same consequence as denying Him openly.