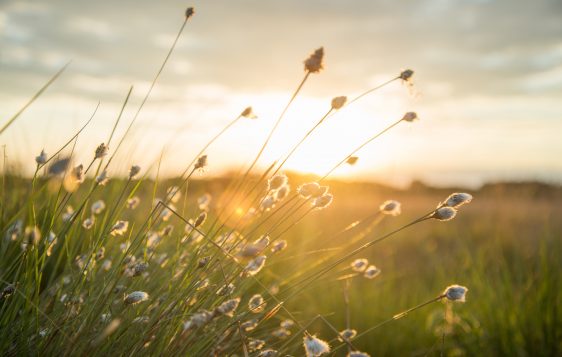 The moment we set eyes on the rolling hills and the valley of our farm; we were blown away. Not only was the land beautiful, but the view was breathtaking. The river flows just at the edge of the trees, several creeks run through the property and it’s filled with wildlife.

After walking nearly five miles across and around the property, we sat down on the hillside and took in the view.

In the next few weeks, surveyors came, stakes were set, and lines were drawn of what would soon be our farm.

After the ink had dried from all of the signing, we had a deed to our land. We owned a place we would soon call home. It would be a farm to plant, an orchard to grow, and a place to raise chickens, goats, cattle and dogs. It had a hill to build our dream cabin to share with our family.

In the days of Abraham, land ownership was a little bit different.

There were no title offices to draw up the paperwork or deeds to sign. There was no bank to call to get a loan or papers to sign there either. However, people would stake their claim to a piece of land by digging a well.

In the Scriptures we read today, we hear of a peace treaty between Abraham and Abimelech over a well.

“At that time Abimelech, accompanied by Phicol the commander of his army, said to Abraham, ‘God is with you in everything you do. Swear to me by God here and now, that you will not break an agreement with me or with my children and descendants. As I have been loyal to you, so you will be loyal to me and to the country where you are a resident alien.’ And Abraham said, ‘I swear it.’ But Abraham complained to Abimelech because of the well that Abimelech’s servants had seized. Abimelech replied, ‘I don’t know who did this thing. You didn’t report anything to me, so I hadn’t heard about it until today.’ Abraham took flocks and herds and gave them to Abimelech, and the two of them made a covenant. Abraham separated seven ewe lambs from the flock. And Abimelech said to Abraham, ‘Why have you separated these seven ewe lambs?’ He replied, ‘You are to accept the seven ewe lambs from me so that this act will serve as my witness that I dug this well.’ Therefore that place was called Beer-sheba because it was there that the two of them swore an oath. After they had made a covenant at Beer-sheba, Abimelech and Phicol, the commander of his army, left and returned to the land of the Philistines. Abraham planted a tamarisk tree in Beer-sheba, and there he called on the name of the Lord, the Everlasting God. And Abraham lived as an alien in the land of the Philistines for many days.” (Genesis 21:22-34)

Abimelech approached Abraham to make peace with him because he knew how powerful he was. He also knew that well belonged to Abraham and he had to do whatever it took to make things right.

Abraham could have been furious.

He could have responded in rage and destroyed the man and his family, but he chose differently.

He offered a perfect sacrifice to show ownership and entered into a covenant with Abimelech.

God has done the same for us. We choose sin over God. Yet, if we humbly come to God, repenting of our sin, He forgives us. God has every right to destroy us with His wrath, but instead, He is merciful.

In that moment of repentance, we accept his perfect sacrifice.

He bought us with a price.

We had a sin debt that had to be paid.

That price came at a great cost, and only the spotless lamb of God, Jesus Christ, could fulfill it. Jesus gave His life so our debt could be paid. Now, we have the choice to surrender our lives to the rightful owner – our Lord Jesus Christ and to enter into a covenant with Him.

God has chosen mercy, and it is new every morning.

He has staked ownership on us and His well never runs dry!