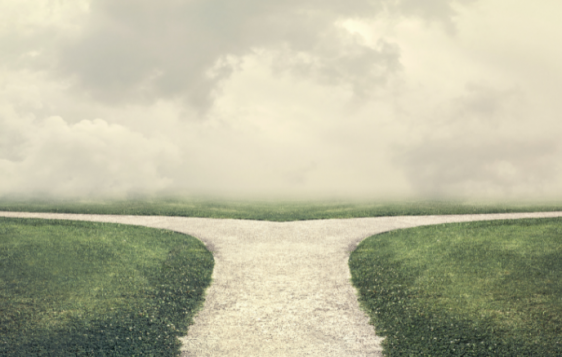 Perhaps the most frustrating thing about politics today is the number of people who consider themselves as belonging to one party or the other without any reason for that belonging. I see people all the time who say they are a Democrat or a Republican just because they have always been one or because that is what their parents were.

In many cases, they can’t give you a good reason for being what they are. They just are. Often they really do not understand the details of their party’s beliefs, but whatever those beliefs are, they believe them.

They can’t point to a moment where they ever made a specific decision to be a Democrat. They can’t recall the one specific issue that made them a Republican.

But they are what they are, and that’s that!

Sadly I don’t think the political realm is the only place where we see this phenomenon: It is alive and well in the spiritual realm also.

I fear that there are many people who identify as Christian without any specific reason. If you get into a faith discussion with them, they will tell you they have always believed in God. Well, so has Satan and that doesn’t make him a Christian.

Another popular answer is that they were born into a Christian family. That’s great, but it doesn’t make you a Christian. I am living proof of that.

Then there are those who say they were baptized as a child. Well, that was their parent’s decision, not theirs. And at its core, Christianity requires a personal decision.

First of all, it looks different for each of us. That’s why earlier we called it a personal decision. No two look alike, and there are no boxes we can check and it’s done. No forms to fill out, no affidavits to sign.

Some of us come to a Jesus decision in a dramatic moment. For some it is a quiet moment of reaching the conclusion that we fully believe in who Jesus is and what He did for us. For others, it may be a long process of searching for answers to our questions and finally finding that all those answers lead to Christ.

But all decisions for Christ have one thing in common: There’s a moment where that final decision about Jesus is made. There’s a tipping point where we move from the ranks of the lost to the ranks of those who have a personal relationship with Christ.

And it is that personal relationship that gives us the right to be called Christians.

It would be convenient to stop right here and give you a formula to make that decision and to establish that relationship. But I can’t do that, and no one else can either. Sure, there are many who can lead you in Christ’s direction, but the decision is between you and God.

And exactly how you and God reach that tipping point is a mystery I can’t fully explain. I mean, you can’t just wake up one morning and decide that you believe. But I can share some decision points that seem necessary to me in reaching that tipping point if you have not already done so.

1. The decision to accept the truth of our current condition: Without a decision for Jesus, we are unpardoned sinners. Period.

2. The decision to accept the truth of our situation on our own power: We can neither overcome that sinfulness nor save ourselves from God’s judgment for that sinfulness.

3. Due to that hopelessness, we must decide to accept that we’re all in need of a Savior who has done for us what we cannot do for ourselves.

4. We must decide if we believe that Jesus alone is that Savior.

5. We must decide whether we believe that Jesus finalized that act of salvation with His death on the cross on our behalf. We don’t have to understand it, but we must come to a point of belief in it.

6. We must decide that salvation accomplished on the cross applies to us personally.

7. We must make the decision to accept a relationship with Jesus that our faith in God has provided then commit ourselves to nurturing that relationship.

Many writers would stop here and give you words to pray if you are not certain you have accepted Jesus as your Savior. I am not one of those. Instead, I would ask you to think about these seven decision points and where you stand on them.

And as you do, I pray that you will make the bold decision to ask God to help you move closer to that tipping point toward faith in Jesus right now. And that it would be your words, not mine, that form the prayer of your heart.

It’s a prayer that establishes your personal relationship with Jesus and promises that you will never hear the most frightening words imaginable:

Because you can know with certainty that you know Jesus and that He knows you personally, you can have assurance of your salvation and that you have a right to genuinely call yourself a Christian.

Because Christianity requires a decision.

And you can know without a doubt that you’ve made that decision.