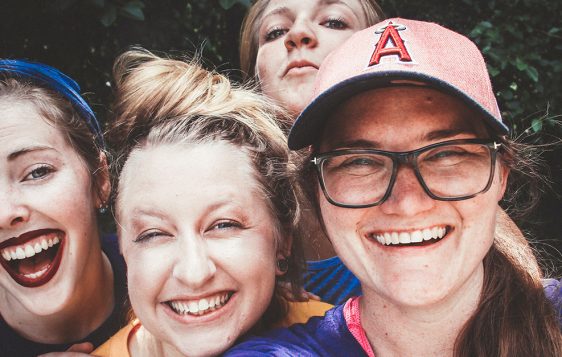 When the First World War ended, the King and Queen of Belgium wanted to honor President Hoover for the aid they had received during the war from the United States. After considering the various available honors, the monarch offered Hoover his choice of three decorations. He rejected them all stating:

“You have stood at the gateway of civilization and held back the tide of aggression, while we have only shared with you what we had to give. For that one does not ask for honors.”

The king and queen responded, “He is our very great friend.” Desiring to adequately express their appreciation for his efforts, they created a new order to which Hoover alone belonged, “Friend of the Belgian people.”

Life without a friend can be very lonely and are often the difference between one man’s success and another’s failures. Charles Spurgeon, a nineteenth century English preacher, said, “Friendship is one of the sweetest joys of life. Many might have failed beneath the bitterness of their trial had they not found a friend.”

So what makes a friend a friend?

Here are some defining characteristics for you:

Love is sacrifice. Jesus said, “Greater love has no one than this, that someone lay down his life for his friends” (John 15:13).

“Laying down your life” is giving up your time and your relaxation to help a friend. John writes: “By this we know love, that he laid down his life for us, and we ought to lay down our lives for the brothers.” (1 John 3:16)

When Jehu met his friend Jehonadab, he asked, “Is your heart true to my heart as mine is to yours?” These two friends were going to war to fight a common enemy, but of course, there was more to this relationship than the common foe.

Frank Clark once said, “To enjoy a friend, I need more in common with him than hating the same people.”

David was the shepherd boy, anointed by the prophet to be the next king of Israel. Jonathan was the king’s son, heir-apparent to the same throne.

Jonathan accepted God’s will for David and was a constant friend, even to the point of protecting him from his own father, Saul, who conspired to kill him.

Sam Davis was a Confederate spy executed at Pulaski, Tennessee, for his crime. When captured by the Union army, he had in his possession some papers of vital importance.  After examining the case closely, the officers in charge knew he must have had an accomplice in securing the papers. Davis was court-martialed, led out before the firing squad and blindfolded.

Then the officer in charge put forward a proposition: “If you will give us the name of the man who furnished you this information, you may go free.”

Sam Davis did not hesitate in his reply, “If I had a thousand lives, I would give them all before I would betray a friend.”

Some people mistakenly believe they are helping by criticizing their friends all the time.  While there are certainly times when friends need to confront each other over a problem, it is important that we do not spend most of our time on negative criticism (Luke 17:2).

Robert Lynd once cautioned, “Friendship will not stand the strain of very much good advice for very long.”

The New Testament tells us Barnabas was a friend who built others up. When Saul of Tarsus was first saved, many Christians were not certain of his conversion but Barnabas was different. He went out of his way to find Saul of Tarsus and work with this new convert until Paul became a widely known and respected Christian leader (Acts 9:13-14, 26).

Though Barnabas is usually considered only a minor character in the New Testament, he was a friend who was faithful to both Paul and Mark, two men God used to write much of the New Testament.

What a contrast with the paralyzed man in Luke 5:17-26, who had four concerned friends to carry him to Jesus. Unable to get him through the door of the house because of the crowd, they made their way to the roof and let him in to Jesus through a hole.

A friend is one who makes you feel good inside; is there when no one else cares; sees your good points when everyone else sees your failures; but most importantly, spends time before God in prayer for you.

Remember, friendship works two ways. The question is, “Am I that kind of friend to them?”