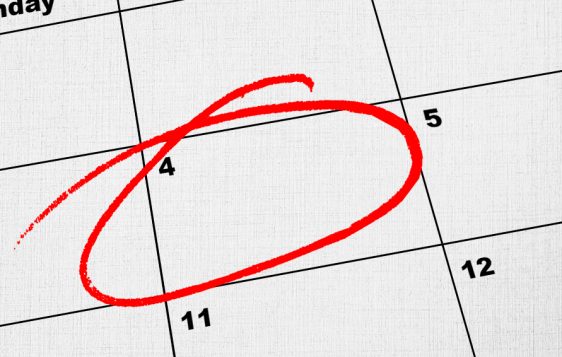 Think back to your most recent Tuesday afternoon. I’ll bet it was quite routine. Tuesday is such an ordinary day. Not close enough to the weekend, not really classified as mid-week. But I can assure you not one Lebanese person can live a Tuesday as mindlessly as we used to.

On Tuesday, August 4th, my kids and I were having an ordinary, bordering-on-boring afternoon. A game of Uno, a break for some snacks, filling dad in on everything we’d done that day as soon as he walked through the door, the traditional 6 p.m. powercut (I can also assure you that any Lebanese person can list exactly what they were doing that afternoon off the bat).

As most of the world knows by now, modern history’s third biggest blast happened at the port of Beirut that Tuesday afternoon. The main blast (nearly 7.5 miles away) was preceded by two smaller ones. When we felt the first, our guess was an earthquake. Upon hearing the sound of the second, we thought it could be a bomb (not a surprise in our region).

Looking up at the sky and (literally) seeing a propagating pressure wave, we stopped dead in our tracks, totally bewildered. And then came the main blast. If I were to say that rapture did not cross our mind, I’d be lying. Whatever it was, it was huge and it felt like it had happened just down the street.

As we turned on the TV to watch the news, the spiritual, moral, physical, psychological, hypothetical and actual all clashed together in an instant as red and furious as the infamous blast cloud that we were watching on replay in front of our eyes

That evening (and all night, really) was for news flashes and wordless prayers. None of us could make it into Beirut to help medically or otherwise because of the deadlocked traffic. So we sat there, gaping at the TV and trying to figure ourselves out, let alone figure it out.

I could try to to describe it, but no words can do it justice. Look it up. Watch footage. You’ll know what I mean.

So since we couldn’t figure anything out, Wednesday morning  we hit the streets. Our minds were blank, the devastation and destruction unfathomable. We, as many many others, roamed the streets for almost a week with friends, family, church youth and even church kids, brooms in hand, sweeping shards of glass, removing debris, listening to stories and forging new relationships. The ultimate goal: We may not be able to rebuild this city, but we can point these people to an everlasting one.

As the weeks passed, the clinics where I work reopened to welcome blast victims and victims of the already-brewing economic collapse in the shadow of a failing state and a pandemic:

Several temporary mobile clinics were set up closer to the area of the blast.

Bibles were handed out.

Many organizations, including our church, set up relief funds and began repair projects for those affected in association with visitation and spiritual follow-up for such families. These are ongoing to this day.

Today life looks pretty much normal. But none of us feels  “normal”. Those directly affected have been scarred for life physically and emotionally. Those of us blessed enough to have been away are also still struggling.

Simple things like a walk in the woods with our boys is not devoid of a pang of guilt.

What about that mother-less kid can no longer take him for a walk?

Or that father who lost a leg?

Or that child whose smile will never look the same?

Survivor’s guilt, they call it. I had never heard that term before, but it cannot be more real. And it made me think, “How much worse would that have been had we not been in our country at this time?”

Many people, understandably concerned for our well-being, ask us why we continue to choose to stay in Beirut. Lebanon has had more than its fair share of disasters over the years – seriously, “go big or go home” should be the slogan here! This past year was no different: a revolution, a faltering currency, COVID-19, the blast, ensuing port and forest fires . . .

But isn’t this why my husband left a corporate job to work in ministry and relief? Isn’t this why I chose a career path that allows me to serve people? Weren’t we, as Bible-believing Christians, warned that an out-of-order world will only continue to fall apart? And isn’t that why we strive to preach the gospel while we still can? Truthfully, though, ministering to our neighbors can happen anywhere in the world. People need a Savior all around the globe. So why here? Simple. Because this is our home. These are our people.

Throughout this difficult summer, my solace has been the book of Esther. She was struggling, as am I. Entering the king’s presence could have been dangerous. Staying in a turmoil-prone country could also be dangerous. But the words of Mordecai cannot ring more true: “And who knows but that you have come to [insert current location] for such a time as this?” (Esther 4:14b)

For such a time as this, we intercede.

For such a time as this, we stay.