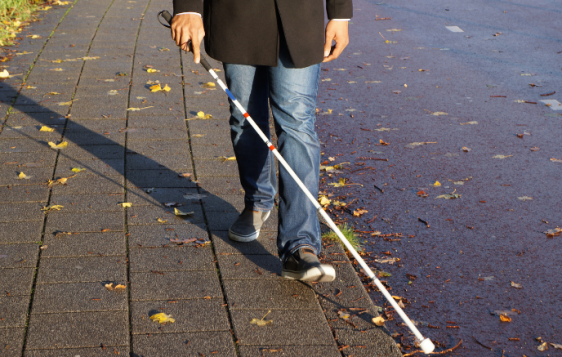 I once had a young client who was legally blind. She was struggling in school because all her friends were learning to drive and going to parties and social events by themselves for the first time. All things she could not do. Also, one of her teachers was irritated that she had to go to so much trouble to enlarge her schoolwork large enough for her to see it. That same teacher was overheard calling this child an ugly name. Finally, if that were not discouraging enough, the school had not cleared her to receive Braille training so that the request to enlarge materials would not be necessary.

Obviously, these things all together left my client feeling like an outcast and like people were making judgments against her because of a condition she had absolutely no control over.

As I pondered her situation, it made me wonder what it is like for unbelievers who are spiritually blind to the truth of God’s mercy, peace, and forgiveness:

Do they feel like the people who have the help that they need despise them?

Do they think that to be worthy of help and kindness, they must look, speak, or behave a certain way?

Does it seem to them that they have no hope of relationship with God or His people because of a condition they were born with?

I can tell you that based on my time of listening to people who are spiritually blind that this is without a doubt often their experience. It is heartbreaking to listen as the blind are also made into outcasts by people who are also blind, not to the truth of God’s mercy, but to compassion for those who have not yet received it.

I’m reminded of the example of Jesus in the book of Mark that demonstrates an appropriate response of believers to those who are spiritually blind. Mark 6:34 says, “And Jesus, when he came out, saw the great multitude and was moved with compassion for them, because they were like sheep not having a shepherd. So, he began to teach them many things.”

There are four important responses that we can learn from Jesus in this passage.

I began by telling you about a teenage girl struggling in her environment, but here is the rest of her story: She did get the help she needed and found her place socially among friends.

Unfortunately, it was not among the seeing world that she found happiness and acceptance: It was when she had the opportunity to attend a school for the blind. In real life, this was great for her and immensely helpful. But when we’re talking about spiritual blindness, this outcome is tragic. Too often the spiritually blind only find acceptance, kindness, and compassion among those who are also spiritually blind.

When this is this case, they’re left with no hope of coming to the saving knowledge of Jesus, because God’s people have withdrawn their light from among them and replaced it with condemnation. This is not an accurate representation of the heart and mind of God.

While it is not excusable behavior, it is critical that we remember it is not reasonable to expect godly behavior from ungodly people. In truth, they have reason to expect different behavior from a believer because we have access to the power of the Holy Spirit of God whose presence in our lives produces love, joy, peace, longsuffering, kindness, goodness, faithfulness, gentleness, and self-control according to Galatians 5:22-23.

I would encourage you to consider the next time you encounter someone who is spiritually blind, and even someone who is behaving in a judgmental manner, that you try Jesus’ approach and exercise compassion toward them because we were all born with the same blind condition.