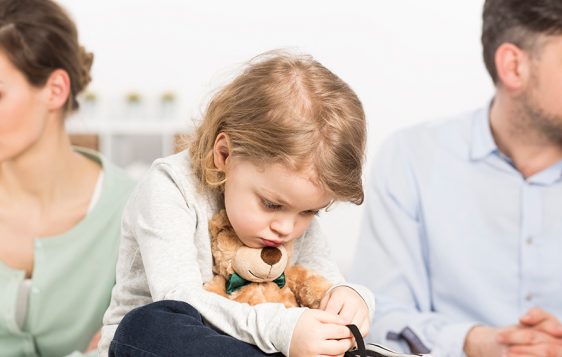 Raise your hand if you know someone who has family problems. Is your hand raised?

Ok, maybe it would be better to ask if anyone knows of a family without any problems. I sure don’t.

Perfect families are as real as perfect diets.

Add a few kids to the equation and there’s a pretty good chance you’ll have some giant family problems. My sister still has lead in her back where I stabbed her with a pencil in kindergarten.

King David’s family wasn’t any different. Even in the brief glimpses the Bible gives us of David’s interactions with his siblings we see trouble brewing.

David was the youngest of eight brothers with at least two sisters somewhere in the mix. In that time and culture, the focus was generally on the oldest brother and in David’s family that was Eliab.

We get a really good idea of what Eliab thought of his little brother David in 1 Samuel 17:28 when he blasts him for having what he was sure were evil intentions. David’s dad had sent him to the battlefield with  supplies for his oldest brothers, and when he got there he started asking around about the battle.

If you would allow me to paraphrase a little bit, Eliab basically blamed David for being a little punk who just came to stir up trouble for his own pleasure. Eliab quickly tries to put that punk in his place and remind him that he is just a little insignificant shepherd boy who takes care of an insignificant amount of sheep in the middle of an insignificant place.

I sense a growing attitude of resentment and bitterness in Eliab’s words. Right before this we see where Samuel, the famous prophet, had recently skipped right over Eliab and anointed that insignificant little shepherd boy to be the next great king of Israel. Yeah, I’m pretty sure Eliab wasn’t too pleased with that.

Apparently, it wasn’t just his siblings that David had issues with. Some translations leave it more hypothetical than others, but in Psalm 27:10 David said, “my father and my mother have forsaken me.”

Think about this, if David is the most written about person in the Bible other than Jesus, why do we not hear a lot more about his family? I think the answer is at least in part that there wasn’t much of a relationship to talk about.

If you find yourself identifying with David, you might be wondering how a man after God’s heart handled such deep and personal conflict and betrayal. Let me just point out three quick things that stand out to me when I look at this:

Hey, I didn’t say these were 3 easy things. If you’re going to be pursuing after God’s heart, though, you have to pursue peace and forgiveness, even in the hardest of relationships.

First Chronicles 27 is not one of the most thrilling chapters in the Bible (don’t read in right before bed), but we can find a real gem in verse 18. Buried away in a list of people that David had set up in power in his kingdom we find out that he made his brother Eliab (otherwise called Elihu) the tribal leader or chief over the tribe of Judah. David chose forgiveness.

It’s not easy to keep from lashing back at someone or defending yourself when you’re being slandered or wrongfully accused.  It actually can seem quite easy to justify in your own head letting someone have it in the name of “justice.” David doesn’t do that to Eliab.  In fact, nowhere in the battle account do we see David promoting himself at all.

Too often, the relationships that mean the most hurt the most.

Thankfully, we can learn from Eliab’s little punk brother that we can pursue after God’s heart and heal the hurts among family members

We can choose forgiveness even when it’s the hardest thing we’ve ever done.

We can humble ourselves and not have to correct others’ views of us.

We can certainly rely on God to lift us up in the middle of the worst hurts.

Copyright © 2021 by Jesse Hales @ https://antiochgt.com/blog/three-ways-david-battles-giant-family-problems/. No part of this article may be reproduced or reprinted without permission in writing from Lifeword.org.