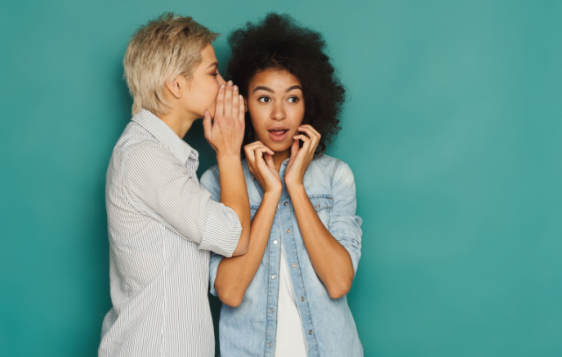 There is a scenario that is recurrent in my practice in relationships between parents and children, husband and wife, boyfriends and girlfriends and even between God and His children. It is not a new scenario in the history of humankind, but it is certainly a destructive one.

It typically begins with one of the people in the relationship who does something that betrays the other or does something that they know the other person will not approve of. This can be use or abuse of drugs or alcohol, using pornography, an infidelity, etc.  No matter the sin, the instinctive response is the same: It begins with internal shame, and the external response – whether conscious or subconscious – is to create distance between themselves and the other person.

Sometimes this is geographical distance created by the teenager holing up in his or her room and staying away from home as much as possible, the boyfriend who is suddenly never available to hang out, or the wife who is too busy for her husband or doesn’t want to sleep in their bed together anymore. Most often it also involves an emotional distancing created by being engrossed in phones or TV and not engaging one another; or by actual silence; by talking only about surface things and not really sharing their lives together; or impatient, resentful, or defensive communication. This distance eats away at the intimate nature of the relationship resulting in disconnection and/or dissolution of the relationship altogether.

I tell you that this is not a new scenario in human history, because it began very early in the garden of Eden when Adam and Eve sinned against God for the first time. Scripture says that after they sinned, they became aware of their sinfulness, and we see the effects of shame on them as they attempt to hide in the garden from an all-knowing and all-seeing God.  I know that sounds like a silly thing to do, but I would tell you that we do things that are just as silly.

A teenager spending 45 minutes in the bathroom multiple times a day in order to use drugs and “hide” from their parent is a very similar and a very typical scenario.

A husband or wife who is constantly on the phone and very guarded about laying it down and leaving it anywhere, to the point that they take it to the bathroom with them or put it under their pillow to sleep is also a similar shame response.

Of course, this is the equivalent to Adam and Eve’s “hiding”, but It’s not truly hiding; it’s doing something in order to make ourselves feel better. Our equivalent response to Adam and Eve’s covering is more destructive than the hiding, though. Because we already clothe ourselves and because we are already aware of our sinfulness, our efforts go to hiding our transgressions or how we might undo what we have done. Covering typically involves lies, deception, and destroying trust and closeness with the other person in the relationship. The more we cover, the more self-conscious we become as confidence wanes and anxiety builds, it can consume us to the point of agitation and paranoia.

Of course, the easiest solution to this problem is to not do things that you are ashamed of, so you don’t feel the need to hide from others, but if you happen to be reading this and it’s too late for that, I want you to know there is another option. It requires courage and humility, but is certainly better than the shame and anxiety you feel right now.

Before I take you to the solution, I’d like to talk to those of you who are reading this and thinking, “I have a secret, but it isn’t affecting my relationships”.  I have heard this before from people struggling with addiction or not telling their spouse about something that they should be sharing. To you, I want to say that you won’t realize how much it’s affecting the relationship until you remove it. God says it like this in Isaiah 59:1-2:  “Behold, the Lord’s hand is not shortened, that it cannot save; nor His ear dull, that it cannot hear; but your sin has made a separation between you and your God, and your sins have hidden His face from you so that He does not hear”.  Now back to the solution . . .

Interesting enough, the scenario of Adam and Eve after this point shows you what NOT to do.  Adam and Eve, when God sought them out, engaged in the blame game. Adam blames Eve, Eve blames the serpent and Adam even goes so far as to imply blame to God. If you follow their example, the only thing you will get is more distance in the relationship, more consequences, and more misery.

To find the answer to the distance and destruction that is playing out due to your secret, I want to take you to Luke 15. This is the story of a son who demanded his inheritance and left home to engage in whatever activities he desired, all of which fed his flesh. In the story, it becomes obvious that his activities made him feel as if his father would disown him because the son knew his behavior but did not honor his father. When the son found himself miserable with the consequences and alone because of his refusal to go home, we find the answers we are looking for:

The first thing the son does is he remembers what is true about his father’s character and how he treats his slaves. When he realizes that he could at least live out his days as a slave and be better off, he humbles himself enough to take what he deserves, even if was slavery. After all, it was his own choices that landed him in this place.

The second thing he did was to go home. This son wasn’t guaranteed or quite frankly even expecting forgiveness from his father. He knew he had done wrong and knew his father would be justified in making him like a hired servant. But he also knew it would be better than where he was physically, emotionally, and spiritually at the moment.

The third thing the son did was to tell the truth about what he had done. He didn’t make excuses or justify his behavior, and he didn’t blame the people he was hanging out with. He said what was true and acknowledged that he understood it was a sin against God and against his father also.

With God, forgiveness is a guarantee, so just start there.

With another person, the more humble you are and the more determined you are to restore that relationship the better.

When it comes to making peace with others, God only holds you responsible for yourself and your actions. Satan would love for you to keep believing that your secret is not hurting anyone, but you have to remember he is looking to devour us on whatever front he can: spiritual weakness, emotional vulnerability, and physical misery.

Again, start with God and his forgiveness.