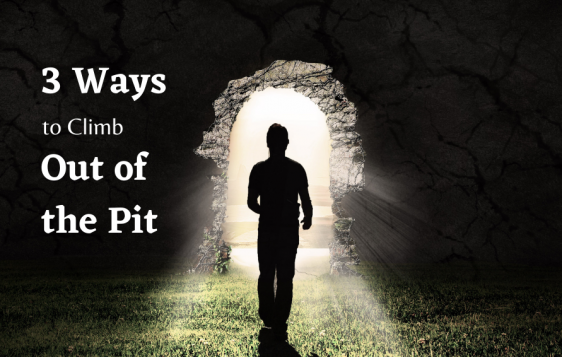 One of my favorite Bible characters is Joseph.

Not only was he a guy who was good at overcoming obstacles thrown his way; his life is like a modern-day soap opera.

If you haven’t heard of him, he was the “favorite” son of Jacob, the son of Isaac who was the son of the patriarch Abraham.

His father loved him so much more than his other sons that he was given a fancy-schmancy coat of many colors. Albeit, during his teenage years he was a tad arrogant and fully believed the world was his apple as he had been given dreams where everything from his family to the sun, moon, and stars would bow down to him.

All this – a mix between Joseph’s self-righteousness and his father playing favorites (he played favorites with his wives, it’s not surprising this led to favorite children), led to his brothers hating him so much that they conspired to kill him.

They would have, except Reuben intervened and instead, they threw him into a hole and sold him into slavery to a band of Ishmaelites (Ishmael was the brother of Isaac).

After Joseph was gone, the brothers put animal blood on his notorious coat and told Jacob that his favorite son was devoured by wolves… Believable, right? I suppose more believable than: “Hey Dad, so I know we haven’t been the best sons of yours… between incest, murdering an entire town and what-not we also sold our brother into slavery because we hated him so very much and then decided it was better to lie to you than fess up to the truth as you are a pretty wealthy guy and could buy him back, or worse, cut all of us off from our inheritance.”

So, Jacob thought his son was dead. Meanwhile, he was shackled and strolling towards Egypt where he’d be sold to the highest bidder.

Joseph probably could have thought about a lot of things on his way down there.

First – why did my brothers hate me so much? Do I deserve this?

Would I ever see my family again?

Everything he probably took for granted – his wealth, his family, his status; was stripped away.

The only one left to rely on was God.

I’m willing to bet he did a lot of praying on the road to Egypt. And when he got there, he wasn’t sold away to slave in the fields or to build the pyramids… he was sold to the captain of the guard – the general of Pharaoh’s army.

And instead of complaining or trying to run away from his problems – Joseph made the most of it and worked unto the Lord. And God gave him favor in the eyes of Potiphar. He grew in power, in status, and became Potiphar’s “guy” and was placed in charge of the whole household.

It’s probably true that many of us are working at a job that might be hard, might not be something that we want to do, and we might not fully understand how it came to this.

But there’s a purpose to it. And if Joseph, a young man who had the whole world ahead of him to be brought to the lowest of lows… and STILL work diligently and praise God; so can we learn from him.

We can learn to not give up.

We may want to every single day, trust me I’ve been there, but Joseph realized he wasn’t working for Potiphar, but for God. The NIV puts it this way in Colossians 3:23: “Whatever you do, work at it with all your heart, as working for the Lord, not for human masters.”

Joseph could have given up and died in the desert to Egypt. He could have staged a slavery rebellion. He could have had such a negative attitude in Potiphar’s house that the amazing things God had in store for Joseph might not have ever reached fruition.

We too must carry on and believe that wherever we are in life, even if it’s difficult, God doesn’t abandon us. So don’t abandon yourself.

We can learn to focus on the positive.

What’s that phrase? Make lemonade from lemons? Joseph lived that out. He came to terms that he was a slave, and his past was in the past. He stayed mindful of his present, worked hard, and others saw his success.

We can learn to move from our past pain.

Joseph didn’t spend the next hundred years of his life wallowing in misery and throwing himself a pity party.

He didn’t say, “Oh my gosh – I CAN’T BELIEVE my brothers sold me into slavery! My life is over! I can’t ever let that kind of betrayal go.”

Sure, I bet he was angry. I bet he felt betrayed. I bet there were a ton of conflicted emotions and lots of family psyche-analysis we could conduct… but the main point is the pain and harm that his family inflicted on him did not prevent him from glorifying God and living his best life.

The world is a crappy place due to the consequences of sin. Most people deal with so much pain, suffering, and personal heartache. Please don’t despair. Please find help and love in a God who sacrificed everything for you.

And also, please don’t let whatever pain you hold onto from your past prevent you from doing what God has called you to do. Love is hard. It’s harder than moving mountains than dying in a flame of fire or giving everything away to the poor. Love is giving all of yourself.

Joseph learned to love his brothers. And he also found a way so that they wouldn’t continue to keep hurting his present.

Don’t lose hope and find freedom in the arms of Christ.

Copyright © 2021 by Melody Turner @http://mxtv.com No part of this article may be reproduced or reprinted without permission in writing from Lifeword.org.