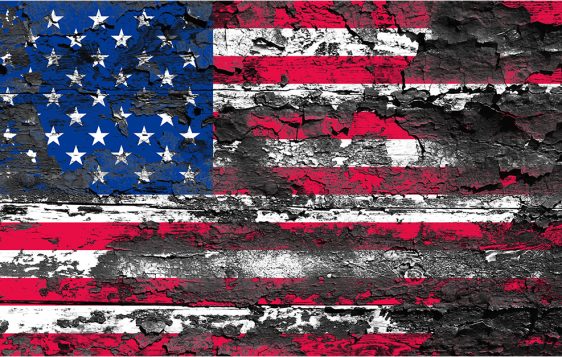 Since the turning of the century there has been a 23% decrease in people who are extremely proud to be Americans, according to a gallup poll (https://news.gallup.com/poll/236420/record-low-extremely-proud-americans.aspx). In 2003 it hit a high of 70%, only to slowly decline to 47% by 2018.

This diminishing pride for our nation is a direct consequence of a loss of respect for authority in our society as a whole. Patriotism starts in the family, and it can end there too.

#1 Patriotism is declining because American children do not respect their parents, which has created an entitled society.

In the Old Testament law, the sixth commandment is to “honor your father and mother,” and in the civic laws it is a capital offense to strike a parent.

Why did God put this here? Because parents are the most direct and present authoritative figures for a child.

If a child is raised to respect their parents, use words like “yes ma’am” or “yes sir,” and have been taught there are consequences for both good and bad behavior, this will reflect positively on society.

Morality of a society starts in the home. And now, more than ever, America needs parents who are parents, and not their child’s “friend.”

America needs parents who are willing to discipline their children, and not give their child everything he or she wants, or else we will be surrounded with people like the Harry Potter’s cousin, Dudley Dursley… Or society will be permeated with adult toddlers who do not know how to share, will bite if they don’t get what they want or will try to escape time out – kicking and screaming at their caregiver if they have to.

We also live in a “participation prize” society. Everyone gets an award, everyone “deserves” to be paid more than minimum wage, everyone should get healthcare for free and not have to pay for college.

That sounds pretty entitled to me. And entitlement is the opposite of gratitude and thankfulness, which is a piece of patriotism; being thankful for those who sacrifice for our nation.

#2 Patriotism is declining because Americans do not respect those in positions of authority: teachers, police officers, politicians.

“It is necessary to submit to the authorities, not only because of possible punishment but also as a matter of conscience. This is also why you pay taxes, for the authorities are God’s servants, who give their full time to governing. Give to everyone what you owe them: If you owe taxes, pay taxes; if revenue, then revenue; if respect, then respect; if honor, then honor” (Romans 13:5-6).

Most of you may remember when Trump was elected a popular hashtag took Facebook by storm: #notmypresident.

Literally, many people were not claiming Donald Trump as “their president,” even though he was elected and moved into the White House.

I was shocked. Me, being a college freshman at the time, kept seeing all my friends from high school denounce Trump as “theirs.” To me, it was complete ridiculousness.

Just because you don’t like someone who is in authority doesn’t mean they still don’t have authority over you.

It would be like a child coming home and telling their parent, “You give me too many vegetables for dinner. I want more cake. You are no longer my parent.” To which the parent would probably scoff, point to their child’s plate, and say, “Eat your broccoli.”

The president is the highest visible form of authority in our country, what about the level beneath them?

What about the police officers who are disrespected and shot at, the respect for military personnel, or even respect for the teachers in the classroom?

If people can choose who they want to respect, throw a tantrum or talk back to those they do not want to be in authority… Can’t you see how this will reflect poorly on our society as a whole? Without respect for people in society, other moral and ethical values may diminish too.

Like the value of human life, absolute truth, following the laws, morality in the family, etc.

Do you see how this can lead to anarchy? This is why Paul told the Romans, the Romans who were literally being persecuted by their government, to respect and honor the governing authorities.

Paul was beheaded by the Romans. Do you think he told his guards “Caesar is not my Caesar because he will kill me?” No.

#3 Patriotism is declining because Americans do not respect God.

We are a nation “under God” for a reason. There is a reason we have “In God we trust” on all of our money. Over 200 years ago, most of the founding fathers believed in a supreme authority, and they respected him.

George Washington himself once said, “Providence has at all times been my only dependence, for all other resources seemed to have failed us.” The first president of the United States of America was a believer in God.

God is the highest authority. Isn’t it easy to see the line of thinking that if people can’t respect their immediate or governing authorities, the ones they can see, it might be difficult for them to respect an even higher authority they cannot see?

A belief in a benevolent and all-powerful supreme being, and having reverence and respect for him, should trickle down towards having respect for people. There is a reason that the greatest commandment lists loving God first in Matthew 22, or that the Ten Commandments list laws that concern God first.

Sure, there have been a lot of moments in American history that I am not proud of: slavery, Japanese concentration camps, our treatment of Native Americans, corruption, the Pentagon Papers … the list could continue.

BUT, there are a lot of moments in American history I am proud of: a democratic nation founded on checks and balances, winning the Revolutionary War, Abraham Lincoln’s Gettysburg Address, the Alamo, fighting Isis, D-Day…

It all comes down to when I think about the veterans in my family who have served, or when I look at my active-duty fiancée when he is in uniform, I am part of that 47% who is extremely proud.