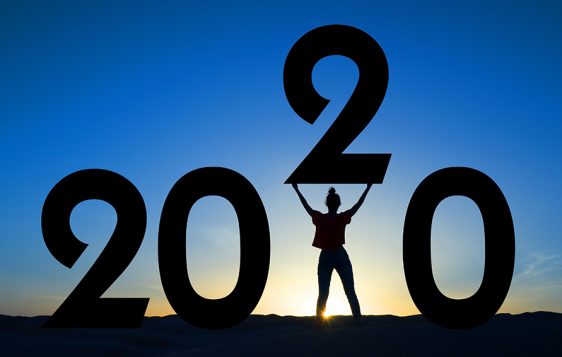 A year of a million memes, tragedies, quirks and new norms.

A year that will go down in history for a global health pandemic, mass protesting, state-wide lockdowns and masks . . . the new normal.

But an election year, nonetheless.

Perhaps 20 years from now students around the globe will be required to remember the contents and the outcomes of 2020.

This year, for most of us, has been rife with surprises, challenges, and potential sorrow and difficulty.

But difficult seasons are nothing new in the folds of history, and in the Bible, there is a man who had his fair share of heartache.

His name was Joseph – the great-grandson of Abraham.

As a child this guy had it all.

He was his father’s favorite and was bestowed a marvelous robe marking him as such. He didn’t know what suffering was like and was always taken care of.

Until one day, at the age 17, when that all changes for him.

His brothers, the sons of Jacob, were fed up with this puffed-up favorite son and decide to toss him into a well, sell him into slavery, and tell their father he had been eaten by wolves.

So Joseph becomes a slave in Egypt and makes the best out of it. God shows favor upon him and he grows in wisdom to the point where his master, Potiphar, puts him over his entire household.

Except there was one problem – Potiphar’s wife likes the looks of Joseph and tries to seduce him.

Her flirtations fail, and to get back at Joseph’s refusal, she lies and tells her husband Joseph assaulted her.

Joseph is thrown into jail for a crime he did not commit and stays there for maybe a decade.

2019 was going well, you were on top, you had it going . . . Until literally, the world turned upside down.

I’m not the first to say I’ve lost a job within the current economic crisis.

I’m not the last to say I’m still struggling to find enough work in the greatest recession since the great depression.

How has 2020 turned your life upside down?

But Joseph, in prison, doesn’t give up hope. He continues to work hard, God shows him favor, and he is given a “management position” within the jail.

While he tends to the other prisoners, he helps two guys out by interpreting dreams they have, and what he tells them comes to pass.

A few years later, one of the guys, the cupbearer, remembers Joseph (since the other guy was executed) and tells Pharaoh about a prisoner who is able to interpret dreams.

Joseph is summoned, he is able to interpret Pharaoh’s dream through his faith in God and is appointed second-in-command of Egypt in order to prepare the nation for the fourteen years ahead of them (seven years of plenty and seven years of famine).

God uses Joseph to save Egypt and even his family from the devastating famine. And at the end of the day, Joseph is able to look back on everything he has been through – the slavery, the jail cell, the betrayal of his brothers, and say, “God intended it all for good. He brought me to this position so I could save the lives of many people” (Genesis 50:20).

Joseph would not have been brought to the King of Egypt had he not endured 13 years of hardship. This time period of testing and trial refined him into a wise man who God used to save hundreds of thousands of people.

Maybe in 2021 or however long it takes, we will be able to look back on 2020 and see the good that comes from the trials we are currently living in.

And he wants you, wherever you are, to live for him – even if you feel rock bottom like Joseph did.

No matter how this year is going for you, God is walking with you every step of the way.

Copyright © 2020 by Melody Turnerhttps://mxtv.org/beyond-2020//. Used with permission. No part of this article may be reproduced or reprinted without permission in writing from Lifeword.org.