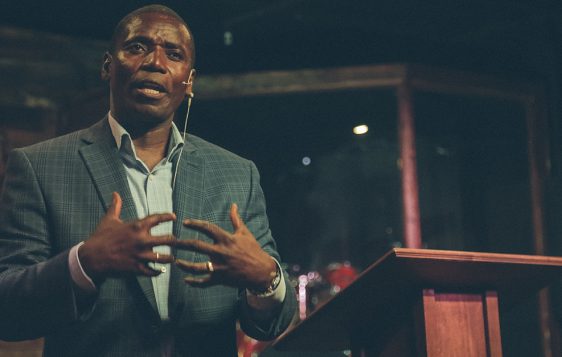 It’s funny. I’m asked (as a pastor) at least once a month, “So, like, what do pastors do when it’s not Sunday?” Many people just don’t know what pastors do when they’re not in a pulpit. Well, here’s a snapshot:

1) He stays close to Jesus.

The work of ministry is never complete. Your pastor often goes home with more questions than answers. More problems than solutions. The demands only increase. It can become all-consuming. But…

Your pastor knows that ministry isn’t everything. Jesus is.

He stays close to Him, or else the wheels eventually come off.

2) He experiences (viscerally) the tender grace of God

Your pastor preaches grace because he receives grace, moment by moment. That’s why he makes it a point every week to stay so close to Jesus! He’d love to tell you stories of how/when/where Jesus treated him better than he deserved. Ask him next time you get a chance.

It’s a unique burden to know both the sins of his heart and the secret sins of your fellow congregants. He glimpses the worst in people. Depravity’s ugliness revealed. It can change how he sees the world, how he views people. But staying close to Jesus mends this. He knows there’s a remedy. He knows there’s a better day coming.

I’ll never forget my senior pastor walking into my office during my first week on the job. He looked at me and said, “Hey, Justin…you know what ministry is?” My mind immediately searched for the most theological answer. I was just about to respond when he said words I can’t forget. “Ministry is choosing every day who you’re gonna disappoint.” I didn’t believe it at the time. But I’ve learned.

And he can’t help it! Although close to Jesus, he has certain expectations of the week. How he would carve out more time to pray. How this sermon would finally break ground. How this decision would lead his sheep to green pasture. Sometimes it happens. Sometimes it simply doesn’t. Disappointment steadily leaks into his heart. Now, don’t get me wrong – the disappointments don’t crush him. They don’t devour his thoughts. But it can get heavy.

I know, I know. Your pastor is one of the best men you’ve ever known. But have you ever wondered what it’s like being profoundly sinful as a pastor? Yes, he has the same struggles. But then, week after week, he must get up and declare the truths of Scripture that that week he didn’t obey. Imagine the heart’s turmoil! Hopefully, he’s vulnerable in the pulpit. But more and more you see why #1 and #2 are everything in ministry.

This is a difficult one to explain, but I’ll try. People have their set expectations for “how my pastor should act” (same thing with the pastor’s wife). And when the pastor doesn’t fit that mold (How could he?), tension arises. People talk. Gossip. Miscommunicate. And so forth. It’s not long before he’s critiqued for not being at Tuesday night’s Bible study because “he doesn’t value it.”

8) He attends (or leads) staff meetings.

He’s on a team. It might be a great big team comprised of multiple pastors and staffers, or it’s just his administrative assistant. Either way, they’re strategizing. They’re praying. They’re reviewing last Sunday and previewing the coming Sunday. They’re studying the Word or other helpful books together. They’re communicating. Hopefully, this is a healthy, life-giving time for him because he’s surrounded by a winning team. If not, it’s dangerously taxing.

9) He regularly lunches with people

As a shepherd, his heart is to stay close to his flock. He actually enjoys his congregants! And since meal-time is highly convenient (and biblical!), coffee shops and restaurants make great settings for this. He asks you questions. And, probably more often, he fields your questions. He’s open and honest. Best, he’s trustworthy. However, know that his demand is high (see #4), so be patient if it’s hard to track him down. It pains him more than you.

Jesus himself has charged your pastor with Ephesians 4:12, to “equip the saints for the work of ministry.” The Sunday sermon is a part of that. But, it’s more. Developing leaders is a priority of ministry. He’s looking to equip people. He doesn’t have Savior-complex. He can’t do it all. One of his lasting dreams is seeing his audience turned into an army. It happens one person at a time.

All sorts of people, with all sorts of issues, stumble into his office every single week. A couple things here.

First, he loves this. The ministry of reconciliation and recovery is pure bliss.

Second, he’s trained for it. Seminary, experience, mentors, etc., have equipped him for the task.

But, third, that doesn’t mean he has the bandwidth of a licensed counselor. He can’t keep 47 clients on his weekly schedule. That’s why he refers a lot of people to licensed Christian counselors.

He’s well aware of the direct line drawn from vitality in prayer to vitality in ministry.

He has probably learned the hard way why relying on himself is totally futile.

So he stays needy before Jesus. He asks for Jesus to bless, keep, and protect you. Through his time meeting with his congregants (see #9 and #11), he’s got ammo enough to stay on his knees for extended amounts of time.

13) He prepares the sermon.

No, the sermon manuscript doesn’t plop down on his desk from heaven, signed by the Holy Spirit. No, it doesn’t take thirty minutes to craft. Your pastor approaches the passage just like you do – not knowing it that well.

But then he digs. He sculpts. He reads, studies, researches, and he translates. Commentaries are sprawled over his desk. He’s in a constant state of thinking about illustrations.

Then, when it’s finally written, what does he have? An essay. That won’t help. No, he’s gotta learn it because he’s gotta proclaim it! The pastors I’ve talked with say it takes, on average, 15-22 hours. But everyone’s got their process. It’s not long before Sunday ends. And Monday begins.

Okay, maybe that isn’t his specific task at home. But you get my point: your pastor is a guy. He’s normal. He has a home life. He’s got kids to discipline, soccer practices to attend, a wife to treasure. He also has a favorite color. However strange it is to say, people often forget that pastors are normal peeps. He has a calling from the Lord, sure – but so do you.

And doesn’t talk about church. Or ministry. Or biblical exegesis. Or the latest theological heresies. No, he has a life outside of pastoring. And hanging with those friends is ultra life-giving! It’s necessary for his health.

However thoroughly church-life pumps through his veins, it’s a relief to take that “hat off” and just kick-it with the guys, or another couple.

Let’s admit this isn’t an exhaustive list. But it reveals several “hats” your pastor wears every week. It’s a tough job. But, man. He loves it!