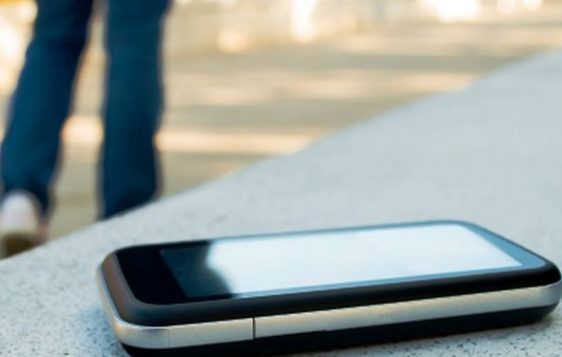 I called in some smoked pork at a local BBQ place near where I live. I arrived early to pick up my food because I like it to be as fresh as possible when I get home. I’ve worked in a restaurant, so I know that “10 to 20 minutes” really means 10 minutes at the most (usually). Upon my arrival (I was a little early), I paid for the food then took a seat in the lobby to wait for the waitress with my short ribs to find me.

As I waited, I noticed a couple sitting in front of me with no food on their table. They were waiting on their food also, but dining in.

The man was watching Nascar on YouTube. And the woman, I assume she was on social media by the swift and restless scrolling motion of her thumb. Up and down up and down. Her mind intent to stare at the digital world in front of her.

Their food came. They looked up to one another, nodding their heads in approval of the food placed in front of them. Sharing eye contact and a head nod, they began to eat.

Just moments after the first bite, the woman picks her phone back up and resumes scrolling. Following suit, the man stands his phone back up on the table and continues watching the big race.

For several years now, it’s been a widely known fact that social media companies hire Attention Engineers that use principles and tactics of Las Vegas casinos to get you as addicted as possible. They give you shiny rewards in return for your attention.

These platforms track your data usage and contextualize your experience based on what items you click on in your feed. In this way, the algorithm tracks your activity and responds to what will most likely be your next move. This is manipulation, just like cigarette companies who put in deadly chemicals to keep you addicted to their product.

And just like cigarettes and slot machines, social media is addictive and can be dangerous.

Like gambling addicts, those addicted to social media think they’re in control, but they’re not. It’s a problem, and it’s the big tech companies that have built this type of “free” model based on advertising. This business model is not ethical (to say the least), and it is changing the behavior and psychology of billions of people.

Another broadly known fact is that social media spikes our depression and makes us unhappy. It feeds us the dopamine we love to experience through “likes” and “shares” and then, like a double-edged sword, provides anxiety and stress. But even the anxiety is addicting. We want to see just how good someone else’s life is so we can become jealous about it.

Like the slot machine, we get funneled into a helpless, unhealthy cycle of punishment and reward.

In addition to our behavior, our psychological makeup is being reprogrammed. The faster we scroll through a feed, the less we can keep our focus on anything for long periods. Our attention is being broken up so much that it’s becoming impossible to pay attention to anything.

As individuals, we were not made to function this way. Moreover, societies can’t survive like this.

The fact that there are dials on the other side of our social media feed to keep us addicted to our phones is not ethical. As people of God, it’s our prerogative to be counter-cultural and to live against the current. For many of us, it means rethinking how we use these platforms.

A final thought is that no one who wants to accomplish anything significant in life will be thumbing away constantly at their phone. We’re people of the Bible and people of prayer. Can we do these things if we’re constantly checking our feed?

If we’re not careful, we’ll consume social media like junk food and reap the repercussions as such. However, for those who belong to Christ, we’ll feast on the Bread of Life. And we’ll be satisfied.