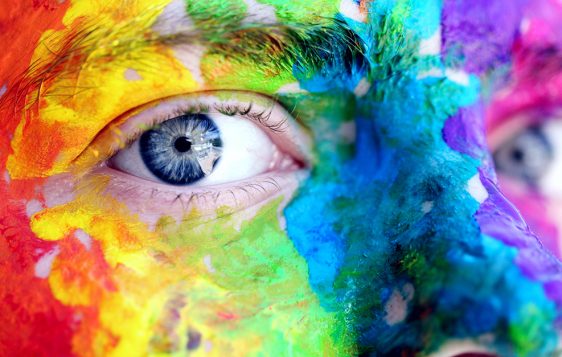 I currently work with a trans-bi-sexual “female” who requested that when I refer to “her,” I use the pronouns they and them instead of her or she. The moment she asked me this, I told her I was confused because they and them are typically used in the plural form, not the singular. She made it clear that they and them are gender-neutral pronouns then strongly urged me to consider her neutral in her gender identity.

“What’s your biological makeup, your anatomy?” I asked.

“I was pronounced a female at birth,” She said. “Heads up, though, it’s not a good idea to ask a trans person that. It can be hurtful or offensive.”

Interesting. She is, in fact, a female biologically. Yet it hurts her feelings, and it’s even offensive when people call her by female pronouns.

She continues, “I’m not a boy or a girl. If anything, I’m like right in the middle. I’m neither,” she said.

#1 – I need to be deeply considerate toward her because she is a valued human made in God’s image, and she deserves my respect. She obviously has struggled immensely with a core, fundamental aspect of herself.

Being in her position must be a harrowing place to be considering that it’s highly likely her own family or others look down on her because of her choice to be neither male nor female.

On the other hand:

She seems very humble yet victimized, but there is great pride working in her. I don’t appreciate her audacity. The more I think about it, the more I’m not OK with it.

However, as I connect the dots with her identity struggle and start to think of my own struggles, I realize her pride and attempt to be God isn’t unfamiliar. In fact, it’s the baseline story of the origin of sin, the fall of humanity. We all struggle with our identity, just expressed in different ways.

We’re all tempted to be “like God” in some way. It started with Eve: Satan wanted Eve to think she could be “like God.”

Satan creeps into our minds and wants us to think we own ourselves, that we operate on our terms. He wants us to believe we’re rulers of our little kingdoms, and we can think, feel, act, speak, eat, sleep, and do whatever we want, how we want.

I quickly found myself deeply identifying with my trans “female” co-worker.

The tragic reality of humanity is that we are all inherently searching for an identity apart from God.

We are always tempted to “go our own way.” We are constantly tempted to lead lives independent from him, indifferent to his presence and his reality. Everyone is tempted in this way.

The final conclusion on my interaction with her is this:

She is being tempted to create and take possession of her identity in something other than God.

She is wanting to be “like God,” declaring right and wrong on her terms, and living her life independently from God.

She is trying to figure out a reasonable way to live with her sin.

She wants everyone to revolve around her ideas about herself, and all the while, she is deceived in how much pride is working in her.

She and I are no different in our identity struggle, just how it’s expressed. We’re both in need of the same grace. We both need to be saved from our self-aggrandizing propensity to be “like God.” We both need Christ the same.

My compassion for her has now grown. I’m not judging her; I’m identifying with her. This is the type of connection God wants us to have with others so that we can love them (not judge them) and extend grace to them because we’ve been given grace ourselves.

She has a beautiful smile. And although she is clearly misunderstood by virtually all of her co-workers, I will stand to be different by loving her, connecting with her, and pointing her to Christ as God gives me the grace to do so.