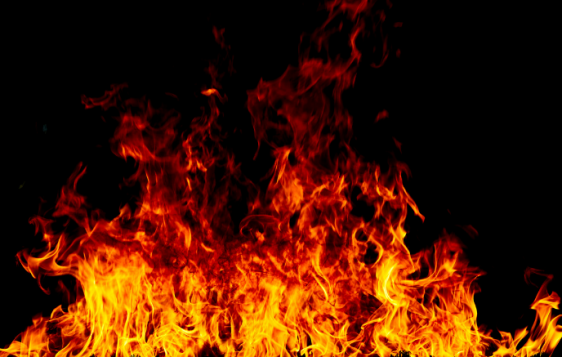 Christians around the world affirm the fact that there is one God and He never changes.

Seems pretty straight forward and basic doesn’t it? He is God. He doesn’t change.

However, when Christians use phrases like, “In the Old Testament, God is full of wrath, and in the New Testament, he is full of grace,” we betray this truth.

Did God suddenly change during the intertestamental period? Should there be a big notice between Malachi and Matthew that says, “God changed?”

Of course not. God didn’t change or alter His character, His perspective, His decisions, or His plans.

Instead, by searching the Old and New Testaments, you find both wrath and grace included in both.

For example, grace is seen in the Old Testament when:

And wrath is seen in New Testament when:

Wrath is important because it expresses God’s passion for His righteousness. Be sure of this: We want a God of wrath. We need a God who is angry toward sin.

Just think about it: Could you believe in a God who looks at child molestation or sex trafficking indifferently? What if it was your child or your sister?

The reason most people feel God is more wrathful in the Old Testament than in the New Testament is that the Old Testament records more acts of wrath and justice. However, just because God chose to reveal more of one aspect about himself in some books of the Bible and more of other attributes in other parts of the Bible doesn’t mean He changed. Instead, God chooses to use a progressive plan of revelation throughout Scripture to lead us toward Christ.

Throughout the Old Testament, outpourings of wrath teach us what our sin deserves. The fact that even the smallest sin angers God teaches us that there is none righteous. Unto ourselves, we are hopeless and helpless. Glimpses of mercy and grace point us toward a Savior, a Messiah who can save us. Instances of animal sacrifice and the spilling of blood point us toward a substitute who perfectly stood in our place to incur God’s wrath on our behalf.

For instance, after the first sin God killed animals in order to cover Adam and Eve’s nakedness. As far as we know, this was the first death. Can you imagine the impact it made on the first couple? God poured out his wrath on an innocent being in order to cover them from shame before him.

When we place our faith in Christ, repenting of our sin, He takes our sin and covers us with His righteousness. Now, only in Christ may we stand before God without incurring God’s wrath.

Just because the Bible is composed of two testaments does not mean there are two Gods. The Bible is one book telling one story of one God who sent His one Son to bear his wrath once and for all.