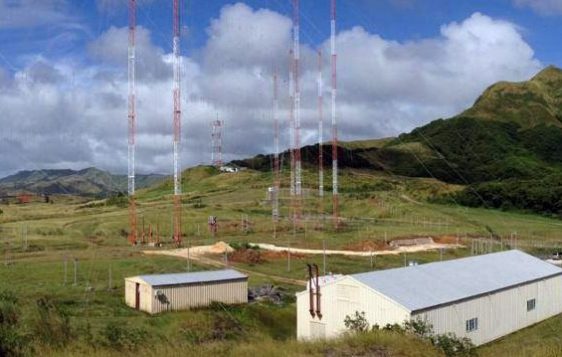 “Lifeword Community Radio (LCR) has enhanced our ability to support our missionaries and indigenous churches. Community Radio stations can be heard by everyone who lives within a five mile radius of the church or mission point, and it gives our pastors and church planters the opportunity to visit personally with everyone in that community on a daily basis. That’s an opportunity that they’ve never had before–and it works!”-Rick Russell, Lifeword Chief Programming Officer.

As a media ministry, Lifeword has adjusted to changing technology for more than 50 years. We transitioned from producing our programs on reel-to-reel tapes, to cassettes and then CDs and delivering them to the stations by mail, to producing our programs on mp3 files that can be delivered to stations almost immediately over the internet. But those changes primarily affected us and our affiliates. Today’s technological changes affect our listeners in a much more personal way. In sheer numbers, Lifeword’s reach is “broader” than ever before; computers, smartphones and media players have ensured that. But the addition of community radio has given “narrowcasting” an entirely new meaning for us. It used to mean that we built a program that was designed specifically to appeal to a narrow segment of the listening audience. Today we used it in a geographical sense to describe broadcasting to that small geographical area within a few miles of a particular local church. That allows our pastors and church planters to forge an incredibly strong bond between the church and the community–even people in the community who will never step foot inside the church!

One example of that partnership and changing methods is in the Manara Mountains of the Philippines where LCR station manager Pastor Andrew Orquita broadcasts two hours of programming, including twenty minutes of Bible teaching every day. His church, Vergara Missionary Baptist Church, is eight kilometers (about five miles) away and within range of his church members, perfect for ministering to, encouraging and further teaching them. Filipinos love music, and Pastor Andrew’s broadcast has plenty of it, including a song that he wrote about Lifeword and Pastor Pete (Pedro Etabag, Lifeword’s Asia-Pacific Director). 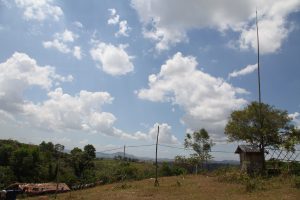 Pastor Pete founded this mountain version of LCR to support churches that had been planted in that remote area forty years ago by Rayburn Freeman, one of the BMA’s early missionaries to the Philippines. Pete and his team built a transmitter shack and broadcast tower up the hill from the studio, which is located in the front room of Pastor Andrew’s home. Then, since electricity hasn’t yet reached Manara, his team designed a solar power system. And when that couldn’t generate enough power to keep the station on the air, Pastor Pete’s team engineered and built a hydroelectric power generating station and ran the electricity about a mile down the mountain to the station. In May of 2016, he and Lifeword team members Steve Crawley, Rick Russell and Holly Meriweather, along with BMA Productions Director Donny Parrish and Manager Phillip Rice traveled to the mountains to visit the village, where they had “lechon,” roasted pig, which is a typical meal for celebrations.

Approximately eighty people representing eleven different villages were in attendance. The lechon was served in the same structure where Pastor Pete conducts his monthly Lifeword media and leadership training, and it was there that the team heard stories of changed lives because of LCR. Not difficult to imagine for Americans who are never far from their phones, the people who listen to Lifeword’s Radio Manara broadcasts are never far from the pre-tuned radios given out by Pastor Pete and his team.

In the same building that houses the radio station, there is also a charging station where anyone can come (often from many kilometers away) and charge their phones for a nominal fee. The charging station brings many people to within earshot of the Lifeword broadcast, giving station operators a chance to share the gospel with those who came to charge their phones and other batteries. It is just one of the many creative, outside-the-box ideas that today’s ministry leaders can use in order to further the gospel.

Pastor Pete says, “As result of the daily Lifeword Community Radio broadcast and charging ministry, three missions were established and one Church revived. Because of this, we have a need for more workers. These men expressed their desire to be trained and work in the missions that started months ago because of radio ministry. God truly work(s) in amazing ways and connected our efforts in the association. This is one of the reasons why it is necessary for me to go to Manara every month. The way up there is hard but the blessings of the ministry is greater than the hardships.”

Another example of Lifeword/BMA Missions partnership in using technology to reach rapidly changing cultures is taking place in the city of Banlung in the Ratanakiri province of Cambodia where John Page is the BMA’s missionary. Lifeword broadcasts in the Khmer language began nine years ago but had begun to deteriorate by 2015. Originally, the government wouldn’t allow Lifeword’s broadcast to share Christ openly on the radio, so the focus was on health and hygiene issues, the need for mosquito netting, the safe preparation and handling of food, etc. After years of proving that helping Cambodian people was the focus, the government now allows direct gospel broadcasting.

During the same trip that brought Lifeword and Production team members to the Philippines, Rick Russell held training sessions with Banlung church members who were interested in revamping the Lifeword broadcast. Pastor Yosef, his wife Dany and five young men met for two days of training. Four of those five young men live with Pastor Yosef and Dany, who operate “the center” where six young people from five different outlying villages are being trained, educated and discipled by them and John Page. Other young people who have lived at the center are now back in their villages and serve as leaders there. John has been in the Ratanakiri province for six years and has seen the effects of Lifeword broadcasts. He said that some church members, including the family members of those who are discipled at the center, first heard Lifeword’s broadcasts and came to Christ as a result. 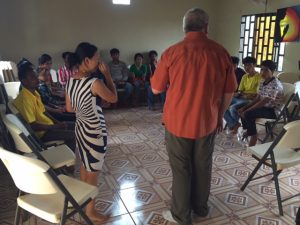 The first decision to be made during the training session was to decide the kind of program that would be most effective in reaching Ratanakiri province with the gospel. Russell believes the broadcasts must be culturally relevant, so he probed the group to discover their driving passions, because that would drive the entire training. Because almost an entire generation of people was wiped out during the Khmer Rouge genocide effort of the late 1970s, young people are largely the driving force of the nation. The team assembled for training that day reflected that youthful Cambodian population: They were all teenagers except for one 25-year old man and the pastor and his wife. In spite of their youth, the overwhelming answer to the question “What are you passionate about?” was…farming!

Northern Cambodia has no farming broadcast, and there may not even be one in the entire country! Decision made. The new broadcasters decided to produce a daily, one-hour farm show called The Rich Earth, where they talk about the best practices for raising cassava, soybeans, rice, cashews, rubber or whatever else is grown in that region. The show will be the first in broadcast or print media to give current market price information and discuss innovative ideas. It will also include interviews with successful farmers of the previous generations.

With past restrictions on religious content now eliminated, Pastor Yosef will bring a five-minute devotional early in the program, then he and his wife Dany will be back later in the hour with a feature about child rearing from the biblical perspective. They call it Your Most Valuable Crop. Monday, Wednesday, Friday and Sunday the program will be done in Khmer, the national language. On Tuesday, Thursday and Saturday the program will be in Jarai, the Vietnamese dialect that is the “heart language” of four of the five farmer/broadcasters.

Fifty years of Lifeword broadcasts have reaped a harvest of countless souls through traditional wide-area broadcasting, which may seem to be the obvious way to reach the lost since the coverage area is vast. But “broad” is not the only way to reach those who are searching for the hope that only Christ can give. Lifeword has the flexibility to apply the right tool to get the job done. The people in rural areas and mountain villages and even urban areas are being reached the “narrow” way, by Lifeword Community Radio, with its very localized reach, village-specific topics and community focus. While in many places, the “broad” way is still the way to go, because the high power signal of Ratanakiri’s governmental radio station is available to us and will allow us to reach hundreds of thousands of farm families throughout northeastern Cambodia and even beyond into Vietnam and Laos. Adapting to take advantage of new methods and technologies allows missionaries, church planters and leaders of established churches to meet the needs of those they are trying to reach with the gospel, and also provides an effective way to help disciple believers on a daily basis. As Executive Director of Missions John David Smith says, “Our missionaries are four times more likely to be successful if Lifeword goes in before or alongside them as they establish their ministries.”