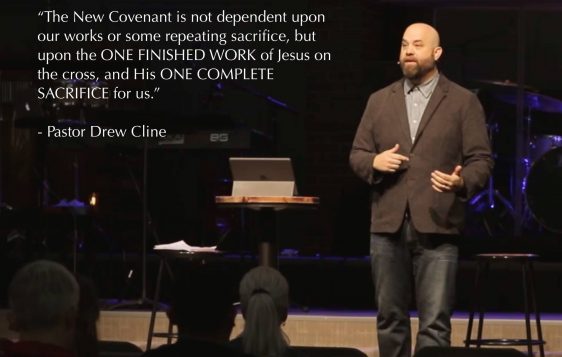 It was in the fall of 2015 that I attended a youth group reunion at my home church, Temple Baptist in Little Rock.  I hadn’t actually been to the church for several years and though I knew it had lost some members, I didn’t know how many or how serious the decline of the church had become. I walked into the Family Life Center, which I remembered as a large indoor sports facility growing up. It was the vision of several former leaders at Temple and, at one time, was responsible for fostering a lot of growth in the church through fitness and sports leagues. Many people had come to know Jesus because of this visionary addition to the property, and it also housed a number of Sunday school rooms and discipleship efforts over the years. That building didn’t look the same, however; it definitely looked its age.

There was a small area set up with a stage and small sound system where games were once games played, and as I began to ask about the changes, the sound man told me the congregation wasn’t meeting in the sanctuary any longer but in this small little space with fifty to sixty seats. When I began to think about that, something happened in me that was unexpected, to say the least.  My heart began to break for my home church. What once was a leading congregation in BMA work, with hundreds of families attending and growing in Jesus, was now a small, aging congregation of fifty to sixty folks that had been beaten up by the reality of what seemed like an inevitable and ominous fate.

What caused such a vibrant family of believers to now look like a shrinking small group? What had happened? Though I put on a smile at the reunion and listened to great old stories, my mind was racing about what had happened to Temple and if it could ever be a thriving body again.

Six months later I woke up in the middle of the night thinking about the church again, but this time the thought was different. I wasn’t just burdened for the church; I had ideas to try and people in mind to partner with. I couldn’t sleep, and I knew I needed to get out of bed and take down some notes if I was going to be able to rest again.  Ideas and possibilities began to pour out onto my computer, and as they did I began to pray and get excited about what it seemed like God was doing.

I had grown up at Temple. I was thankful for what I had learned and how God had changed my heart there, but I never dreamed that God might call me to pastor Temple Baptist Church. That idea had only crossed my mind once before, six months before to be exact (after the reunion), and I thought I had gotten that out of my brain. I was that certain if I shared this crazy dream, I would be a laughing stock, and it felt too self-confident to even mention it to anyone. So I didn’t tell anyone about it (except my wife) for nearly five more months. It was in that time that the pastor of Temple called me to come and be a part of the eightieth anniversary of the church. I hadn’t spoken to Bro. Jerry Kidd in probably thirty years, and now it was as if God was nudging me toward a conversation with him about this dream.

A few days later I was sitting across from one of my heroes at a casual lunch.  Jerry Kidd had been the “Indiana Jones” of my BMA childhood. He flew planes into dangerous places and served as a missionary to people groups in some of the most difficult-to-reach places on the planet. I wasn’t sure he would even remember me, much less want to speak with me. I was a nervous wreck. I couldn’t eat a bite and my meal got cold by the minute as I was making small talk to avoid the inevitable conversation for why we met.

Finally I reached into my pocket and grabbed a copy of that original document where I had downloaded my ideas in the middle of the night. I tried to not sound like a crazy person, but my hands were shaking and my mind was racing. I decided to just share my heart and the story of this dream, along with the specific ideas and people that I felt the Lord had laid on my heart. I’ll never forget the moment when I was finished talking then waiting for what seemed like an eternity for his response or critique or something. The silence between our sentences was heavy and pregnant with anticipation, but I never expected what he would do next. His eyes filled with tears, and he began to weep.  His voice was trembling and said, “Drew, I’ve prayed for you for a year. Not you specifically, but that God would raise up one of you young men who were in ministry that were here last year for the youth group reunion.  I prayed that God would burden your hearts, that one of you might return to Temple and lead it to where God would take us”.

It was like time was standing still or he was speaking in slow motion.  I began to weep with him in the gravity of the moment and the realization that it had been almost a year since that reunion and that God had been laying this all on my heart for nearly that entire time. God seemed to be making this crazy idea into a clear revelation and ministry call for me to pastor Temple Baptist Church.

My first Sunday as pastor was October 1, 2016. In the first two months, our congregation doubled, and we’ve welcomed twenty new members with at least four coming to be baptized. We’ve completely renovated our children’s area and plan to renovate our sanctuary with new sound and lighting in the next two months. We have started two new basketball leagues and an indoor soccer league, and we have plans to host 450 kids from the community in a soccer league in the spring of 2017. The Lord is truly doing something new here at Temple!

God is breathing new life into his church here once again, and we’re so excited to see how he will work in us to love and serve our community of southwest Little Rock for his glory and our good!