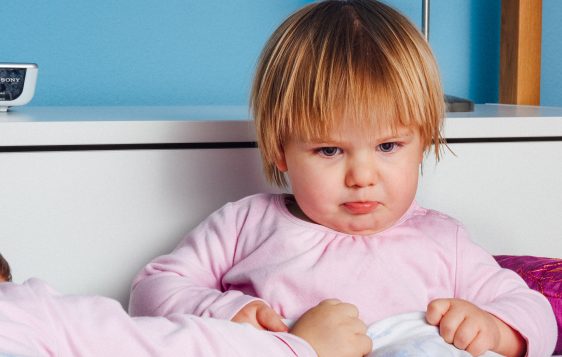 1 – Because love is patient

Anyone else think “ouch” Yeah, my hand would be up too.

This is the first description of love, unconditional God-like love, in a giant list within 1 Corinthians 13.

Today, I realized why.

Without patience, you can’t listen OR act selflessly. A person (me) without patience, is acting on impulse . . . And I, an impulsive human, look out only for “number one.”

So today, I made a mistake. I jumped the gun, I acted before thinking and was called out for it. They told me I lacked patience, if I had any at all.

Double ouch. But they were right.

2 – Because I am not a toddler

When I’m not patient, I don’t want to wait or to listen. I just want what I want, and I want it NOW. This is a toddler mentality.

Ever seen a group of toddlers playing?

Well, less like playing, more like squabbling. They have to learn to “play nice,” because intrinsically, they all want what they want and don’t want to share. Also, they want it immediately.

They would rather just take it from the other kid and have it now!

And then the other kid will either cry or retaliate… Meaning they will hit or bite the other kid who took the toy and a fight may ensue all because it goes against our very nature to wait.

This is why time-out is often used as a punishment. You put a child to the side where they can’t play or do anything at all, and they despise it because they don’t want to wait or be still, they want to play, which is why many of them will try to get out of it.

How many toddlers have you seen try to escape timeout?

In my books, it’s nine out of ten. They sit for two seconds and then try to scoot back to the play area . . . . As if you are not watching.

And yet how many times do we do this on a daily basis?

We buy a “fast-pass’ ticket so we don’t have to wait two hours to ride The Titan at Six Flags.

We speed up on yellow instead of slowing down so we don’t have to wait at the light.

We get frustrated when someone is driving the speed limit or under in the left lane.

We hate standing in line for the bathroom at gas stations or airports or restaurants.

We microwave frozen food instead of cooking it in the conventional oven.

And how many times does God have to put us in time-out just so we can be still and listen to him?

Maybe sometimes we think he is punishing us. But maybe he is just putting us in a situation where we have to be still and wait on him! Maybe he is putting us in time-out for our own good, so we don’t hurt other people or even ourselves. Maybe he is trying to teach us a lesson because he loves us!

3 – Because the Bible says to be

First, this isn’t a suggestion – it’s a command.

Secondly, “Be still,” means to stop struggling. Stop fighting, stop trying to do it yourself, and trust in the Lord.

It’s probably not going well for you, you are probably fighting and struggling to stay afloat. And all along that time Jesus is in a liferaft ready to pick you up and row you to safety..

How foolish would it be to say, “No Jesus, I’m going to try to swim to shore, I don’t need you… These sharks aren’t THAT hungry!”

Psalm 46:10 is saying to get in the boat. Stop trying to do it on your own and trust in someone who is way more strong than you are!

Another example would be in Exodus Chapter 14. Most of you may already be familiar with the story of Moses and the Red Sea.

Well, in verses 5-14 of this chapter Pharaoh decides to use his army to take his slaves back by force . . . Since he was so successful with the plagues that decimated his nation…

But, the Israelites begin to freak out. They even say, “It would have been better for us to serve the Egyptians than to die in the desert!” (Exodus 14:12).

There’s that “be still” again.

That “I got this, trust me, these Egyptians got nothing on me,” (my own abridged version). And you remember what happens next.

First, fire comes down from the sky… Then the ocean literally splits and the Israelites make it to the other side, walking on dry ground. The Egyptians decided it was smart to follow them into the ocean and it didn’t turn out too well for them . . . every single one of them drowned.

God DID take care of it, as he said he would.

So waiting, being still, having patience… Kind of a biblical principle, huh?