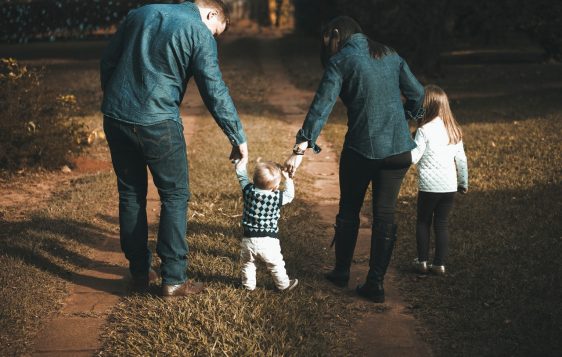 There are countless voices in our culture ringing through the air with definitions of what men should be like in essence and in conduct, and this dense fog of ambiguity sends messages that mislead men into damaging, and in some cases, even dangerous courses of living. It derails and disqualifies men from being the life-giving source of strength and love to others he was meant to be. Men must be told how to be men, and unfortunately, the loudest and most dominant voices are calling men to a fatal ruin.

The Voice of Culture

Men are being assaulted from every direction with media platforms that pump images into their minds of what they should look like, what types of trucks they should have, and by what kind of beer they should drink. These advertisements are calling men toconsumption rather than production, and the subsequent result is a whole generation of men who are becoming addicted to entertainment, alcohol, and sex, disabling them from actually being real men who lead well.

The Voice of the Modern Man

Another dominant voice is known as the “Modern Man.” He is calling men to dominanceand controlin the name of self-confidence.

He isn’t a gentleman because “woman don’t want that anymore,” he says. “It’s outdated.”

He controls the room with his super-charged machismo and his over-powered sexual prowess.

He gives his woman the gift of total security and the awe-inspiring privilege to sit down, be quiet, and “feel safe like a real woman.”

Wow. What a dreamboat. Every girl’s fantasy, right? This is trash, and as a man with a daughter, I can’t imagine her being under this type of disgusting leadership.

The Voice of Real Men

We must come to the truth of the matter: Men need to be told how to be men. We must receive a guiding light in this area, an actual truth that is helpful in putting childish ways behind us in order to become life-giving, hard working men who exude protection and love to those around us.

There are a few good men out there, all of whom possess these exemplary qualities to at least some degree:

He works hard and loves it because he takes ownership in providing for himself and his family. He’s a servant to others, and he adds value to the lives of the people that he knows. He also takes responsibility for his actions.

He admits when he’s wrong and takes the appropriate steps to change.

He’s not quick to blame others, but rather he is very introspective and quick to examine his own motives and decisions.

When someone under his leadership fails, his first question is, “Is there anything I could have done better to prevent this?”

A real man is selfless, not selfish.

He is a life-giving source to others, adding depositsinto the hearts and minds of the people that he interacts with.

He is generous and not self-seeking, but yet seeks to add value to those around him. He is trusted by everyone he knows.

He doesn’t mind doing favors and has strong relationships because of it.

A real man lives for a higher purpose.

He has a mission, vision, and values that guide and direct his choices.

He doesn’t live for his own personal glory or self-actualization and therefore is highly valuable to the world because he serves the needs of others.

He loves what is good, and takes action on his convictions to be a source of life and benefit for others.

He understands he’s not the center of the universe, nor does he desire to be.

He seeks to learnand listen to others because he knows there are many areas of his life that need improvement. There is no self-entitlement in this man, but instead he puts the needs of others before his own.

He’s not over-indulgent in food or entertainment.

He doesn’t let himself go physically, and he doesn’t watch endless hours of TV throughout the week.

He gets to work on time because he doesn’t stay up all night online looking at things he shouldn’t be looking at.

He maintains a certain mastery over his mind and body, and it prolongs his life as a result.

A real man puts his family over his hobbies.

He puts his valuable time and energy into the people that he loves the most, and he finds joy in it.

He is an incredible blessing to his family because he is present with them instead of being absent and out of touch.

He understands that leading, guiding, and growing his family’s quality of life is his primary responsibility, and he welcomes it.

A real man lives for a legacy, not just a good time.

He has a long-term generational mindset.

He doesn’t just live for now, but is intentional on making decisions that will affect the generations behind him.

He lives to leave behind valuable assets and wise life-skills to his children and grandchildren.

He is a great steward of the resources that he’s been given, and he leaves behind a great inheritance.

He gives honor to his family name.

He seeks wise counsel from other men concerning major life decisions and avoids much error in doing so.

He’s a good listener and knows when to keep his mouth shut.

He learns from his mistakes and becomes better as a result, and he doesn’t repeat the same foolish actions.

A real man lives with integrity.

He makes the right decision even though it might cost him greatly.

He does the right thing when no one is looking.

He can be trusted by all who know him, and he brings security and safety to his household.

His wife and kids thrive under his leadership because he is a good man.

He gives loving and careful instruction to his children.

He is highly involved in the good and in the bad.

He disciplines his children to protect them from further harm, and they grow up to love him for it.

His wife knows she’s loved because he pursues her with affection, love, and protection.

He gives structure to his home, and his family is like a garden that grows strong because of his investment into them.

He is tough for his family, and he is tender with them.

A real man is a one-woman man.

He’s not easily distracted by other women, and he’s not the flirt-guy.

His eyes don’t wander when he’s out with his wife because his eyes are fixed on her.

He rejects pornography because he pursues his wife and wants her more than anyone and anything else in the world.

His wife trusts him and loves him and feels secure with him because she knows that she’s his crown of honor.

A real man protects others from harm.

He locks the doors at night and has a plan for intruders.

He passes down wisdom and practical life skills to his children to ward off harm from the world, and this gives them competence and guides their steps.

This man stands up for the oppressed and loves justice.

He is active in fighting for those who need help and makes it his responsibility to be involved.

The Voice of Calling

True masculinity is a choice. It has nothing to do with biology or birth. It is something different from just being “male.” In order to be good men, we have to live intentionally, and if we don’t then one of two things will happen: Men will naturally slip into aggression and dominating control-freaks, or they’ll slip into selfish passivity and destroy their families out of negligence. One is active and obvious; the other is passive and invisible. Both destroy.

As men we work hard and welcome responsibility. We live selflessly for higher, more honorable purposes. We practice humility and self-discipline, and we have our priorities in line because we know the most important places to put our time and energy. We live for a lasting legacy instead of a good time, and we do it while walking in wisdom and integrity. We create structure in our homes, not chaos, and we know how to love and serve our wives and children by putting them first. We embrace our role as protectors, and we create safety and security for those under our care.

The Voice of Perfection

There is a man we know who exemplified these principles so extraordinarily well that he became the most famous man in history by virtue of his character and his accomplishments. No man before him and no one since has every imprinted his name so deeply in the human narrative. His movement has penetrated over a third of our world’s population and continues to gain momentum. He lived for the glory of God and for the good of others, and he was the ultimate life-giving man, selflessly helping the poor and needy.

His lips never compromised the truth even in the face of extreme controversy and rejection.

His legacy is thriving in our world, and in his wake contains the reverberation of strength and honor, of courage and valor, self-discipline and sacrificial love, total dedication to what is good and right.

He executed most perfectly a life lived for a higher purpose, even to the point of dying for his own enemies.

The English language doesn’t have the words to describe the power and greatness of this man.

The Son of Man

The most impressive man in history: Jesus Christ.

He is the example of the perfect man.

The Voices of Other Good Men

“Surely what a man does when he is taken off guard is the best evidence for what sort of man he is.” – C.S. Lewis

“Manliness is the character of a man as he ought to be, as he was meant to be.” – James Freeman Clarke

“There never was yet a truly great man, that was not at the same time truly virtuous.” – Benjamin Franklin

“All that is necessary for the triumph of evil is that good men do nothing.” – Edmund Burke