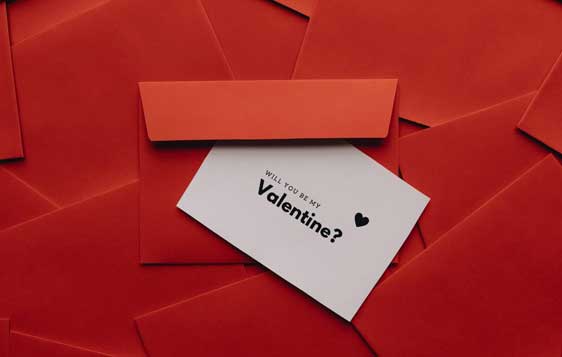 Valentine’s Day is here again. Every store you walk in will be covered in pink and red. The shelves are full of candy, stuffed animals, flowers, cards . . . Where did it even come from?

Historians agree that the first celebrations of a “Valentine’s Day” was a very old tradition that originated in Rome.

Romans had a pagan festival named Lupercalia. The festival was celebrated in the middle of February to celebrate the beginning of spring. It was also celebrated to try and gain blessings of fertility for the Roman women.

One of the customs for this festival was for single women to put their name in an urn. Then bachelors would pick a name out of the urn. The pair would then “date” for a year and often it would end in marriage.

So, where did it get its name?

By the fifth century, Lupercalia had been outlawed for being a pagan celebration. The church turned it into a Christian celebration used to celebrate Saint Valentine.

Around the third century in Rome, Emperor Cladius II decided that his soldiers with wives and families were not as good as soldiers that were single. He thought the best way to improve his army would be to ban marriage for the young soldiers.

Saint Valentine did not think that that was right.

He secretly performed marriages for the star-crossed lovers of Rome and defied the emperor. Unfortunately, when Valentine’s efforts were found out he was thrown into prison with a death sentence.

After the church started this holiday in remembrance of Saint Valentine, it turned into a day to celebrate love. People would send little gifts to show their love.

Today, Valentine’s day is now celebrated all over the world. We use it as a time to show how much we love the people in our life.

It is so important not to forget amidst this holiday the greatest act of love that there ever was:

“For God so loved the world that He gave His only begotten Son, that whoever believes in Him should not perish but have everlasting life.” John 3:16 (NKJV)

There is no greater love than God’s and no greater valentine than His message for all of mankind.

Valentine’s Day looks a lot different now than it did when it began. What started out as a pagan festival is now a day to celebrate love.

Luckily for us, God doesn’t just show us His love on Valentine’s Day. His perfect love can be felt and known everyday of our lives.

Copyright © 2021 Lifeword.org. All rights reserved. No part of this
article may be reproduced or reprinted without permission in
writing from Lifeword.org