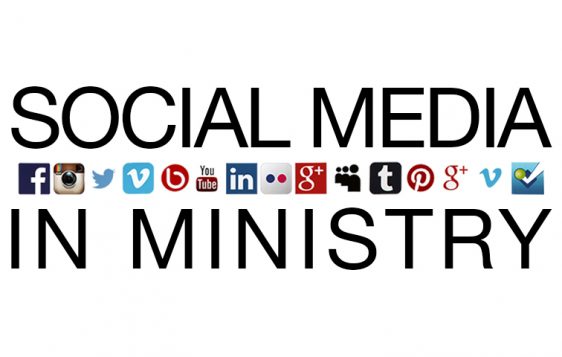 My grandfather once told me, “What is not used for God’s glory will be used by Satan for destruction.” This is applicable, I think, to virtually any tool that we could think of today. An object, as I touched on in my last article, does not necessarily have intrinsic good or bad value. Rather, its value comes from how it is used.

One of the most diverse and prolific tools in today’s age is social media. Almost everyone has a social media account of some kind–whether it is Facebook, Instagram, Twitter, YouTube, Snapchat, or any of a myriad of other apps and programs that have become popular.

Even many older people, who can feel left out of the social media game, are finding their voice through Facebook. Young adults often joke today that they don’t use Facebook anymore because “it’s just for old people.” The younger generation, in the meantime, has migrated to Instagram and Snapchat.

Social media has as many uses as one can imagine. From reconnecting with long-lost friends to finding a new significant other, social media is a tool that can meet almost any need.

However, with the vast majority of people in the United States and millions more around the world becoming involved in social media, what is being done to meet their need of Jesus Christ?

Social media is a tool, useful for good or for evil, depending on the user. But a surprising number of Christians would disregard it altogether, seeing it as a tool only of the devil. While it is true that social media provides many opportunities to fall into sin, it is not inherently sinful.

The book of Acts finds Paul preaching to people where they were. Often, this was in synagogues (today, we could consider this the church), but just as often he went where the people needed his preaching most–the streets, the marketplaces, the gathering places of philosophers.

Yes, social media can be used for sin. It is an opportunity for distraction from the truth, for temptation to immorality, for dissension among believers. But the same could be said of the places Paul preached.

On the streets, prostitutes would have walked the same pavement.

In the marketplaces, food would’ve been sold for the purpose of sacrifice to false idols.

In the places of philosophy, false gods would have been revered.

Yet Paul did not hesitate to walk among them.

The Bible tells us not to be “of the world,” but we still have to be in the world. We cannot withdraw into a bubble. Paul certainly didn’t. The same holds true for how we should handle social media.

Today, social media is where the people gather. It is where discussions–friendly, political and religious–happen. It is the “streets and marketplaces” of our day. To avoid it is as much a disservice as if Paul avoided going to those same places.

The fact that there is so much sin and dissension present in social media is exactly why we shouldbe a part of it. As my grandfather said, “What is not used for God’s glory will be used by Satan for destruction.” This holds especially true for social media. We can clearly see how Satan is using it to destroy. But what we need to see is how we can use it for God’s glory.

Do not fear social media. It is not a monstrous entity, waiting to devour the souls of all those who sign up. It is not a distraction or diversion from God. It is not a source of immorality.

Unless we let it be.

Today, Christians have a wonderful opportunity to present the gospel to more of the world than we ever have before. God has given us that opportunity through social media. We cannot ignore this tool. We cannot watch from the sidelines while Satan uses it for destruction. We have a job to do.

Let’s use the tools we’ve been given.