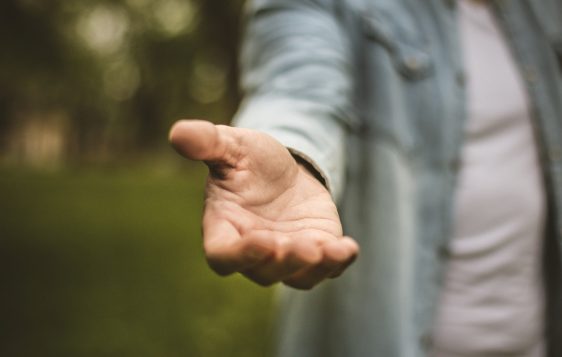 Throughout the years, I have met incredible people who stand up for the voiceless: abused children, abused women, foster children, and abused elderly. There are organizations like CASA, TRiO, Options on Main, and many other organizations who fight for the abused, the mistreated, and the voiceless.

I have an extreme amount of adoration for these people and what they do. Their compassion for others shines through them like a beacon of hope.

In the book of Exodus, another guy we know stood up for those who needed help.

“Now the priest of Midian had seven daughters: and they came and drew water and filled the troughs to water their father’s flock. And the shepherds came and drove them away: but Moses stood up and helped them and watered their flock.” (Exodus 2:16-17)

Moses was sitting by a well when he noticed the commotion. The women were watering the flock. It doesn’t say the priest had any sons, so it seems the young women were doing the job of caring for the flock. Shepherds brought in their flocks for water and bullied their way in. Obviously, the women were no match for the men, and they were mistreated. But when Moses saw it, he stepped in. Just as he had in Egypt, he couldn’t sit by while someone who seemed weaker was abused or taken advantage of.

Moses could not know how God was going to use that very characteristic within him to get His people out of Egypt.

The Israelites had become slaves and were beaten down and ridiculed. Even though their numbers were great, they felt meek and dependent on the cruel Pharaoh. But God was preparing a man to bring them out of bondage. A man who would stand up for those who had no voice.

There’s someone in need of help.

Maybe someone is battling depression, encourage them.

Maybe someone is struggling with addiction, reach out to them. Perhaps someone is in an abusive relationship or family, give them a way out.

Or maybe it’s you.

Sometimes, we just need someone to stand up for us. And that someone is Jesus Christ and he gives hope to all who seek Him.