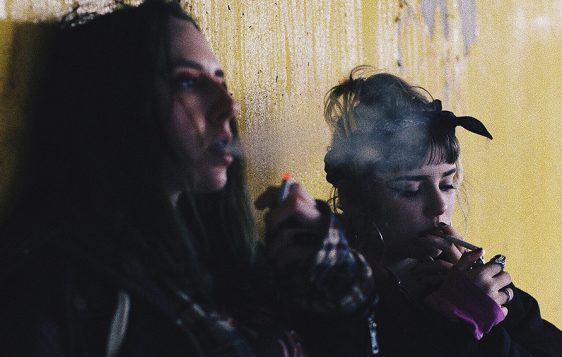 In his wilder days, my dad had a group that he partied with. They were good guys, but they all liked to drink and smoke.

When my dad finally sobered up, he not only had to detox from alcohol, but also those he hung out with. Time after time he would leave the treatment center and go back home and do everything the exact same way.

His friends were glad to have him back to party once again, but it was destroying him and our family.

Finally he went to rehab, and this time he stayed.

He got new friends.

He got a new job, new clothes, a new place to live.

And then he decided to stay longer. His new home became a place where addiction could not reach him. He knew if he returned to that old way of life, he would revert back to his old self. It would take time to be able to move on.

Years down the road, my dad finally moved back to the old area. He was able to see those old friends and say hi, chat for a second at the store and then run on. He didn’t hang out with them, party, anything like that.

But slowly, he began to let a few things filter back in. The guys would show up at the house and smoke. So he began smoking again.

And then my Uncle Richard, the last of his brothers, passed away. It was very hard on him as the oldest and the only one still living. After the funeral, some of the old friends decided to pay their respects and began talking with my dad.

Right then, they decided it would be a good idea to have a beer for their old buddy Richard. It only took one sip for my dad. He had allowed the influences of the past to take him back to the old ways.

The prophet Hosea had a similar situation with his wife Gomer, a reformed prostitute. In this passage, he is metaphorically speaking to the people of Israel, who often strayed from their first love just like Gomer:

“But then I will win her back once again.
I will lead her into the desert
and speak tenderly to her there.
15 I will return her vineyards to her
and transform the Valley of Trouble[a] into a gateway of hope.
She will give herself to me there,
as she did long ago when she was young,
when I freed her from her captivity in Egypt.
16 When that day comes,” says the Lord,
“you will call me ‘my husband’
instead of ‘my master.’[b]
17 O Israel, I will wipe the many names of Baal from your lips,
and you will never mention them again (Hosea 2:14-17).”

Hosea would bring Gomer out of the place where she continued to be lured by sin. He would give her the things she wanted that were good and she would be grateful. “Ishi” means husband. She would stop running to her lovers for fulfillment and gifts, and run to her husband.

Just as Israel would run to God, repent, then allow sin to creep back in.

He would take them into the wilderness, away from their temptation to worship the idols of other nations, and they would worship the one true God.

The old days are not the “good” old days if you are pursuing your lusts and not God. There was no fulfillment, no real fun or joy that came from it. But if you allow yourself to go back… it will lure you away…right back to where you were.

“Flee also youthful lusts: but follow righteousness, faith, charity, peace, with them that call on the Lord out of a pure heart.”

What you think is just one time…

can lead you into a tailspin.

No alcoholic or drug addict will ever tell you they planned to be one.

There is a hope in Jesus and a comfort through the storms.

Only the Lord can give you the strength to endure when life seems hopeless. Turn to Him! Seek God’s love and approval above all else.​