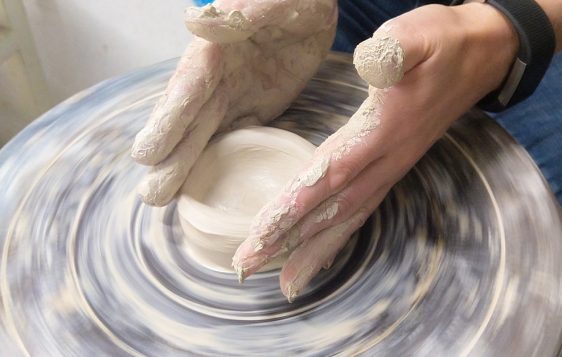 Nonetheless, when my church and family fell apart, I began to live in my car at age 15. I turned to the world to provide for my happiness and security.

I would return to church when I would get arrested or if I had fear due to some uncontrolled and unexpected circumstance.

But as soon as the danger was over, I lost interest…”

This is the early-life narrative of Michael Strong, now a church planter of Near North Community Church in Minneapolis, Minnesota. His early-age knowledge of Christ grew stale as the difficulties and brokenness of life growing up in Little Rock took their toll.

Lost in sin and brokenness, searching for something real in which to find hope.

At the same time, Laura Beth, Michael’s future wife, was battling against her own trials as she forsook the faith of her childhood for a time to explore what the world had to offer.

“Mid-high school I got into the habit of not going to church, but maintaining my relationship with Christ—until college. In college, I explored my freedom for the first time and took a dive into being a complete fool—from marriage with an unbeliever and drug use, to skipping class and eventually dropping out,” said Laura Beth. “A few years later, my husband abandoned me in all senses of the word, and I took another dive head-first into a relationship with another man and his sweet, beautiful daughter. We had two children and owned a home before I was finally divorced. But it was during all of that where I found nothing could satisfy me, and the burden of my sin was too much to carry. I pondered many things, including suicide, as I didn’t feel worthy of life…”

In the midst of this utter darkness, though, God was laboring behind the scenes in the lives of Michael and Laura Beth, slowly drawing them unto himself, and shaping them to become his ardent servants.

Drawing Their Hearts Back Home

During this time, it was obvious that God was drawing this couple back to himself, giving them hope and a purpose. But even though Laura Beth and Michael had stepped foot back in to the church doors, Michael’s heart was yet to be permeated.

“At year two of church, I went through some college classes and began to doubt the Bible was inerrant, as well as doubt the truth of who Jesus was,” continued Michael. “I wanted to seek God, but wanted no part of Jesus Christ. I would read the Old Testament and avoid the New. I believed it was altered or an outright lie. I spoke with my pastor about these doubts, hoping he would convince me otherwise, but he sent me on by saying, ‘Mike, you know what you believe.’”

As these doubts grew and consumed Mike’s mind, he began to worry that his eternal destiny lay in hell. Because of this worry, he attempted to “force” himself to believe in Christ as the Son of God, but to no avail. He tried to be more “Christian,” but with no result.

“I felt I couldn’t be saved. I also felt like I deserved hell because my sins after conversion were unforgivable. That night, I read all of the epistles to Laura Beth and pleaded with her to see my fate and the reality of my fears,” said Mike.

“She was worried and began to pray for me regularly. Our relationship was still sinful. We weren’t married. We had kids. I was convicted about it, as was she, and shortly thereafter we decided she would live at her mother’s house with the girls and I would visit. But that separation was needed until we were able to be married. I filled my time with sermons from John Macarthur and Greg Laurie, and researched Lecrae and 1-1-Six Clique lyrics. The Bible became my best friend!”

One morning, at age 28, in the shower before leaving to work, Michael Strong broke down in repentance.Though he had been previously been completely unable to express emotion, he suddenly melted in repentance and truly confessed his sins to Jesus. As Michael puts it, “My aching turned into joy!”

“We traded drugs, friends, and card games for Bible studies with believers and eating at our Sunday school teachers’ home or with our Sunday school classmates after church each Sunday,” said Laura Beth. “During this time, we experienced hurt, loneliness, effects of past sin, and the struggle of persistent sins, but God proved faithful and true! In this season, we also felt and experienced a deeper sense of calling to more seriously and intentionally spread the gospel. We desired something more than sitting on the pews for the rest of our lives. It was church planting.”

“I knew I wanted to be a part of church planting, but I didn’t feel equipped to be a pastor,” said Mike. “I didn’t feel good enough, smart enough, or like I knew the Bible well enough. My life felt like it would never get out from under the guilt and shame.”

Fast-forward to early 2012, and Michael began to feel a strong call to minister to urban youth and young adults who were caught up in the same lifestyle that he had left behind for the hope of Christ. His passion and desire became to fill the gap of sound doctrinal teaching that oftentimes exists in impoverished and marginalized areas.

So, Michael began to use his own rap music to build a community and a Bible study group. Then the question came up between Michael and Laura Beth – “Why are we not church planting? We have people that God is drawing to us! Let’s start a church for people like us.”

The Move to Minneapolis

Soon after the Strong family began to realize God’s call and purpose for their lives, they made the move from Little Rock to Minneapolis with a heart set on establishing churches and discipling people in the impoverished and marginalized areas of the city, specifically North Minneapolis.

“My wife and I decided to move into the neighborhood when we arrived in 2012 and have been prayerfully seeking gospel opportunities with our neighbors and community ever since,”explained Michael Strong. “I hope to be a part of a new wave of revival and a church planting movement beginning with a church plant in Near North Minneapolis, MN.”

Though the Strong family has been evangelizing for years now simply by having people in their homes while they live life and study the Word of God, they now have a clear focus in mind for reaching out and establishing a gathering of believers in their community.

“I am challenged regularly to continue to grow in the ministry of the Word and to be a ‘first-hander’ who has studied and applied the Word to myself before preaching or passing it on to others,”said Michael. “That requires scheduling time to grow in my skills and to press in to the sanctifying work God is gifting me with as I walk with him. I am also more aware of the need to point others to Jesus and away from me and my sin and limitations, as I see those around me follow in my footsteps. That means I have to be concerned with growing in repentance and honesty about my own struggles and limitations, my need for Jesus, and the sufficiency of his finished work.”

God is continuing to shape the stories of Michael and Laura Beth Strong. Though their stories were once ones of heartbreak, addiction, and hopelessness, Christ took their lives, like a potter to the clay, and made something beautiful; a story and a ministry that shines in to the darkest places.

“One of the biggest things that God is teaching me right now is that he is patient,”concluded Michael. “He is patient with me. I am not always as patient as he is, but he leads me along when I take forever to act. Transformation takes a long time, and sometimes it’s difficult to see the fruit of ministry if you’re looking directly at it. But when you step back and see what God has been doing, he’s been removing weeds, removing rocks, and preparing the soil.”

As Michael and Laura Beth Strong work to invest in their community by sharing the hope of Jesus, would you be in prayer for them?

Pray for the opportunities and wisdom to help people see that God truly loves them.

“That’s the hardest thing to get across to people – God loves you,”said Michael. “We want to break through the brokenness of alcohol, drugs, sexual relationships, and things that satisfy in the moment, explaining that those things can’t really satisfy.

It’s so painful watching people you love throw what they have in the trash and not see their value. I still have to battle sin every day, but to watch someone you love shoot up heroine in your front yard…they don’t know that God loves them. They don’t desire to spend time with him. They don’t know he loves them like a father, brother, friend, and husband.

“You don’t have to have a needle in your arm for us to share the truth of God’s love with you, though. There is another group of people out here that we have a heart for as well. There are lots of people who never did any major outward sins—no drug use or arrests—but are still unaware of what God has done in sending Jesus to die for them, to rise for them so that they can have a new relationship with God.

They can be freed from the shackles of fear, sin, and shame and step into a newness of life that doesn’t come from measuring up or being good enough, but is rooted in Christ being the fullness of God who has perfectly kept the law and died as our substitute.

Being good enough is wearying, and we see that in our community. Christ says, ‘Come to me all who are weary and heavy laden and I will give you rest.’ We want to share that message with as many as will listen.”

The Strongs are praying for wisdom and opportunity for members at Near North Community Church to help draw people out of themselves and show them the love of Christ. Their prayer is also for divinely orchestrated meetings for believers in this North Minneapolis neighborhood to share Christ to the lost and broken.