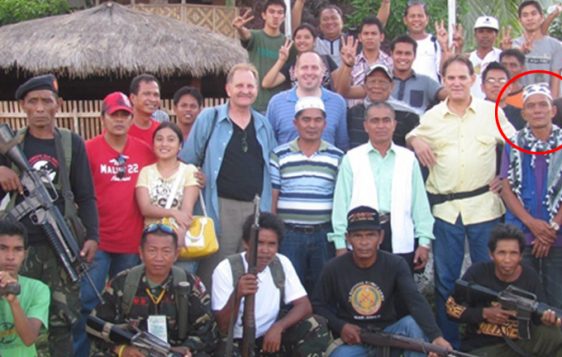 (The following 2016 article was published in Inside Report. Two years later it is time to update what is happening in Mindanao, a heavily populated Muslim area. The unnamed commander in the article has been working hard to bring the gospel to his people, and we want you to know the current progress of his efforts.)

In 2003 after years on the run, a prominent Muslim commander surrendered himself, his band of renegades and his firearms to the Philippine government, in exchange for enough money to live peacefully on the island of Mindanao. Prior to the surrender, they were made to understand that life would always be hard for him and his group if they didn’t take advantage of this “government reconciliation program.”

By 2007 it became obvious that the government would not keep their promise of livelihood-support money. So Commander _____ went back to his former headquarters planning to gather firearms, soldiers and resources to resume his life as a wanted man and Muslim leader.

Plotting his next move, he returned to his secluded hut, but mosquitoes kept him from sleeping. Searching in a trash heap for something to burn so they would go away, he found an old book with no cover and was about to throw it into the fire when he felt something stop him. Without realizing it was a Bible, he read the Old Testament, then the New Testament and the story of Jesus in the Gospels. With conviction from the Holy Spirit, he surrendered his life to Isa Almasih (“Jesus Christ” to Muslims).

For eight years after his conversion, he searched for understanding of God and Scripture, associating himself with pastors and missionaries from various Christian denominations. However, his experiences with them were more destructive than beneficial: They used him to raise funds intended for his livelihood which he never received. He had every right to be discouraged, but somehow he never turned away from God.

A year ago the commander met a missionary working with Muslims. At great personal risk, the missionary had settled in the town to penetrate this Muslim area with the gospel. Through the power of God, he crossed paths with the commander, who had decided to work alone and attend church planting classes. As their association grew, he was again challenged to continue his Muslim work.

In November 2015 at a BMA association meeting, Commander shared his powerful testimony, challenging attendees to help him reach Muslims in Mindanao with the gospel. After the meeting, Lifeword Asia-Pacific Director Pedro Etabag told him about Lifeword Community Radio (LCR) and how it could effectively reach his Muslim brothers and sisters. The Commander became very excited, believing that, given the danger of his work, it would be the best way to reach them. Passionately, the Commander told his new friend, Bro. Etabag, that he would willingly give his life for such a work.

Bro. Etabag said of the Commander, “God has opened the door for us to reach Muslims with Christ’s saving power. He is the modern Apostle Paul sent by God to us. We couldn’t penetrate the gospel to the Muslim world without this converted brother. For years Christian groups have worked to reach Muslims without substantial results. God has given him to lead us to them. We might not have another opportunity such as this. God has gifted us with LCR and preparing me and my trained leaders and for a great harvest of souls in this Muslim area.”

With the help of Lifeword Asia-Pacific Director Pedro Etabag, the Commander’s dream of reaching his people has been realized. Currently, there are 13 Lifeword Community Radio stations in the archipelago (island group) of Maguindanao. Three of those LCR stations broadcast in the Maguindanao language, and ten broadcast in Cebuano. Commander is the speaker on these gospel programs. His desire is for additional LCR stations to be installed in the region so even more of his people will hear the gospel in this area that has a very small number of Christians.