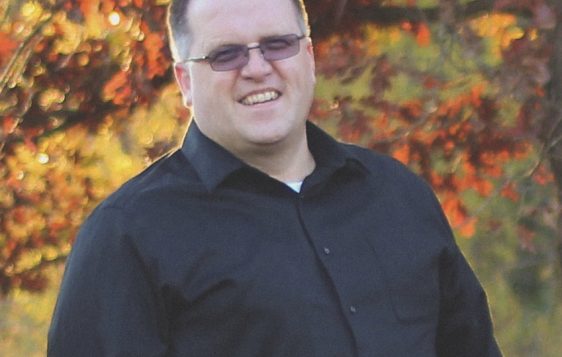 Jon Dodson believes that “If Paul were alive today he would use the digital realm to distribute his message.” He has been interested in ministry-focused digital marketing and online communication the majority of his life. “It all started with my parents,” he said. “I don’t remember a day when my parents didn’t talk about faith, prayer, and sharing Jesus with people.” Being raised in a living legacy of ministry prepared him for his professional career.

He accepted Christ at ten years old and attended churches in Cabot and Sherwood, Arkansas. After graduating from North Pulaski High School in Jacksonville, Arkansas, he studied at University of Central Arkansas (UCA) on a music scholarship (playing trumpet) and majoring in early childhood education. During this time he met Robyn Smith at the Association of Baptist Students (ABS) house at UCA. She was a CBC student who transferred to UCA for a media specialist degree and later a master’s degree in library science. Jon and Robyn attended Antioch Baptist Church in Conway, where they were married in 1994.

Newly married and finishing college, he borrowed funds to buy needed production equipment for a Christian rock radio show God placed on his heart called Extreme Heir. This successful show aired on Saturday nights for two-and-a-half years until the sponsoring station was sold. During this time, Jon and Robyn moved to Little Rock where they were members of Fellowship Bible Church for the next seventeen years.

After the radio show, he worked with one of the first Internet dial-up filtering services in the world that blocked inappropriate material. Jon then returned to UCA to complete a master’s degree in information technology management. Upon graduation, Lonoke Public Schools hired him as Technology Coordinator in 1997. After eighteen months at Lonoke, he was hired by Alltel, then Acxiom. In 1999, their first son Jeremiah was born, followed by Nathan in 2002.

While at Acxiom, Jon started Vertical Studio in 2003, a digital marketing agency offering web development and online marketing services to its clients. After being laid off at Acxiom in 2004, he began working at Lake Valley Community Church in Hot Springs, Arkansas, to help with their information technology (IT) and digital needs as Executive Pastor. Daughter Anna Kate was born in 2006 while he and Robyn served there. Once the two-year contract ended at Lake Valley, the family returned to Fellowship Bible Church in Little Rock where he worked the next four and a half years as IT and Digital Marketing Manager.

In 2012, Jon was hired by Little Rock-based Family Life, where he led their web team and assisted with digital marketing until 2015. For the past three years, he has worked full time in his agency Vertical Studio where he is a Google All-Star Adwords partner and Silver Hubspot partner…then Donny Parrish called in 2016.

Jon and Donny have known each other since their days together at Antioch while Jon was in college and Robyn sang with Lifeword Singers. When Lifeword’s Day by Day broadcast began airing, Donny asked Jon to lead the digital marketing efforts of this new social media broadcast. It was during this time that Donny shared his vision about the Cloud and asked if Jon would lead its development. Since June of 2017, Jon and his development team have been building the Cloud, and in June of 2018, he will become Lifeword’s new Director of Digital Broadcasting and Marketing

The Cloud platform will take Lifeword in an exciting direction and into areas it has never been. The Cloud will eventually offer churches and Internet listeners a 24-hour online radio feed of Lifeword gospel broadcasting. When the Cloud platform is live, it will offer Lifeword the opportunity to experience exponential growth as never before.