To Americans, it doesn’t seem possible that any people group would use battery-operated radios to receive news and information. But such is the case in many countries of Africa where there is little or no electricity for televisions and little or no internet for cell phones or computers. For us, information is right at our fingertips.

Although some would say it is already a reality, we also cannot imagine state-sanctioned censorship or heavily regulated media outlets. Specifically, that means controlling what information can be heard or read by citizens. Since the 1990s most African countries’ constitutions have been rewritten to ban such censorship.

Despite these concerns, Lifeword’s visionary leaders encourage Lifeword Community Radio (LCR) stations to continue to apply for licensing, broadcast the truth of the gospel and refuse to self-censor. These local, village-centric stations are valuable tools for church planting and discipling, and they continue to multiply.

Many African broadcasters, station managers, church planters, pastors and engineers are part of the Facebook group called “Lifeword Community Radio,” where they share information, prayer requests, and praises with their followers and each other. If you’re interested in seeing and reading about these men and women, request to be part of the group.

Africa is sometimes called the Dark Continent, but God has been shining his light there. The following are posts from this group, two of whom are Lifeword global team members:

“Efeso Baptist Church in Tabora is growing quickly through radio Uhai evangelism. Since we started radio Uhai, the only Christian radio station in the city, we have experienced many people coming to the church and accept Jesus Christ as LORD and 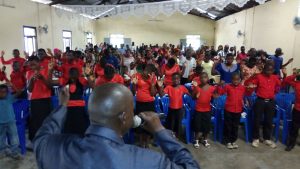 savior of their lives. Because of the number of believers now coming from more than 10km and because most of them have no
means of Transport, radio Uhai is partnering with Efeso Baptist Church to use a small bus that is taking believers to and from the Church service every Sunday. I am very happy for Lifeword prayer support and also for starting a 15-minute program that caused a huge number of people to attend church every Sunday. Lifeword has been encouraging us so much through weekly phone coaching and training. The staff of radio Uhai fm attended one of those trainings in Tabora and the seminar was more fruitful to us. Thank you and God bless.” – Post by Deus Wa Kanunu

“I want you all to meet Bro Elijah Aduawyre and his wife. Elijah’s church installed its Lifeword Community Ra 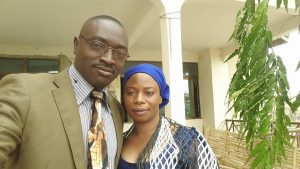 dio station a couple of years ago. They’ve used the basic setup (transmitter and Sony voice recorder as microphone and playback device.) The station has given the church a very cordial voice to this majority Muslim community in North Ghana. A few months ago, Elijah talked with Lifeword Visionary Leader Hayford Jackson in Ghana about taking the next step to improve its service to the community, and we began a more intensive coaching program. We are all excited about the possibilities!” – Post by Director of Broadcast Equipping and Training Rick Russell

“Greetings brother Rick and Lifeword family in the USA. BMA Churches and Christian community in Liberia are asking you and fellow brethren to join us in prayer as Liberians are voting on the 10th of October 2017. Liberia is a post war and Ebola country 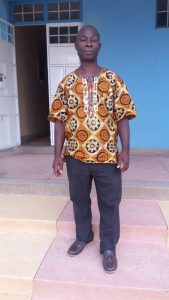 struggling to re-establish. There is some campaign violence in parts of the country but not too serious. We are in constant prayers for the coming election in our country.” – Post by Pastor Abraham Cheyee

The Lifeword Cloud project is ongoing, and lifeword.org will look very different in June of this year. Gospel programming in five of our forty-two languages will be accessible to anyone who speaks English, Spanish, Arabic, Swahili and Garifuna. For example, if someone googles “gospel,” “Jesus” or “Bible,” they will be directed to our website, where they can choose their heart language and hear about who Jesus is. Lifeword.org will be a repository of information about the gospel every hour of every day, instead of having to wait for a broadcast.

Please pray for Lifeword Community Radio (LCR) speakers and broadcasters of the African languages Dangbe, Ewe, African French, Hausa, Igbo, Western Krahn, Mooré, Songhai, Twi, Yoruba, and Swahili. The government’s licensing process is slow and can often become expensive, but African leaders and visionaries are determined to reach their country with the gospel.