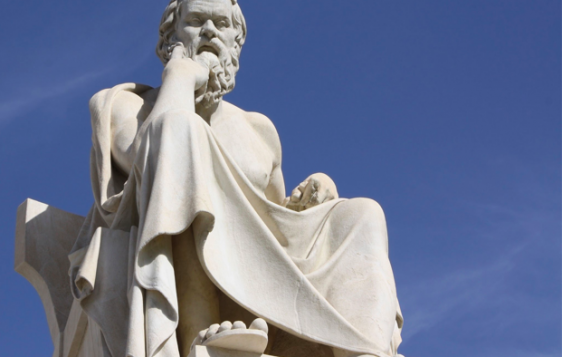 “A system of morality which is based on relative emotional values is a mere illusion, a thoroughly vulgar conception which has nothing sound in it and nothing true.”

Even though it’s twenty-four centuries old, this quote by the Greek philosopher Socrates sums up the state of our world today when it comes to the concept of moral relativism. We have come to believe that what we feel is right emotionally is more important than what we know to be right morally.

“Follow your heart” is the motto of the day. If it feels right, we should just do it, because what matters more than making ourselves happy? And if someone would tell us that it’s morally wrong, then…

People today would say that morality is relative, that what is moral or immoral for one person may be different for another. But the problem with that is that there are moral standards most humans live up to, whether we realize it or not.

For example, if morality is relative, why is it still against the law to steal, even when it’s a matter of survival? Try telling a Wal-Mart manager that stealing a product from their store is not immoral for you, and they’re still going to call the police. Most people still know that stealing is objectively wrong.

But in a world where even murder is acceptable as long as the victim is still in the womb, morality is definitely on a downward slope. How long until stealing is common and accepted? How long until we’re allowed to do whatever we want so long as it’s what our hearts desire?

The problem is that “follow your heart” is a terrible motto. It’s one that even many Christians have started using, but on a biblical basis it’s not one that stands up.

“The heart is deceitful above all things, and desperately sick; who can understand it?” says Jeremiah 17:9. Our hearts have been tainted by sin and are a part of our human nature. Even after we are saved, we should follow God, rather than our own hearts, since our hearts will still try to deceive us.

Paints a pretty ugly picture of the human heart, doesn’t it? If we take the Bible as our standard, there’s no way that “follow your heart” could ever be a valid charge. And this is why our world is in such a moral decline: Following the Bible has been replaced by following our own desires.

If we ever want to revert to a moral high ground, we must start basing our decisions and our standards on God’s Word. God alone determines what is moral or what is sinful. We have no right to pick and choose what is right or what is wrong based on our own feelings.

The first step in this process is personal change. We must examine our own lives and see if there are any areas in which we have been following our hearts and glossing over God’s standards of morality. If we have, we must repent of it and follow him.

Then we can begin to worry about the world around us just as Socrates did so many centuries ago!