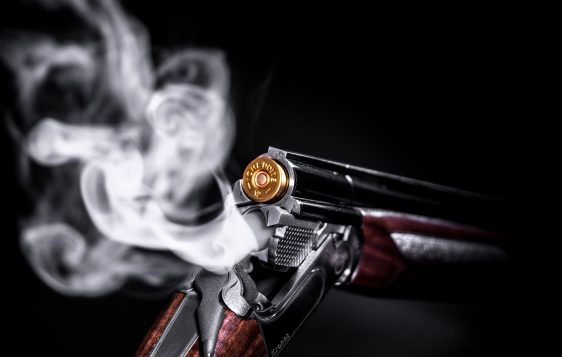 “I never dreamed” when I was a teen that my lifelong best friend would be murdered while sleeping in bed.

When I surrendered to the ministry, “I never dreamed” that a young couple that I led to Christ and baptized would divorce and the husband would murder his ex-wife’s new husband, be convicted of murder, and be sitting on death row in a prison in Missouri.

“I never dreamed” that a young man that I led to Christ and baptized would one day be arrested, tried, and convicted as an accessory to murder.

“I never dreamed” that I would testify in his murder trial as he was convicted and sentenced to serve in Texas State Penitentiary in Huntsville, Texas.

“I never dreamed” that this young man would complete his prison term and be released back into society to be murdered himself while protecting a young mother and her child.

“I never dreamed” that I would preach his funeral in one of the largest cathedrals in Dallas.

“I never dreamed” that a young man that I befriended, played basketball with, and shared Christ with would one day become a law student at the University of Missouri in Columbia, return home to visit his family, discover that his wife was having an affair with another man, murder her, and then commit suicide by hanging himself.

I grew up in a very small and sheltered community in Southeast Kansas, so all these events were a shock, but horrible events such as I have just mentioned should not be surprising to a Christian. We live in a fallen world inhabited by fallen people. In the oldest book of the Bible, Job stated: “Man born of woman is of few days and full of trouble” (Job 14:1).

Job correctly stated that man’s days were “full of trouble.”

David was confident that we will have trouble when he said: “The righteous man may have many troubles…” but then David assures believers that “…the Lord delivers him from them all” (Psalm 34:19).

In the New Testament, Jesus declared: “I have told you these things, so that in me you may have peace. In this world you will have trouble. But take heart! I have overcome the world” (John 16:33).

Jesus made it clear that “peace” was not found in this sin-cursed “world” but peace was only found in him (“in Me”).

To summarize, unless we have the Spirit of the living God within us, we will be defeated by the trials of life. We all need spiritual help—we cannot make it in life alone. As I often say, “If the Bible teaches me anything—it teaches me that we all need God and we all need one another.”

As a child, “I never dreamed” that this world was so evil and that God was so good.