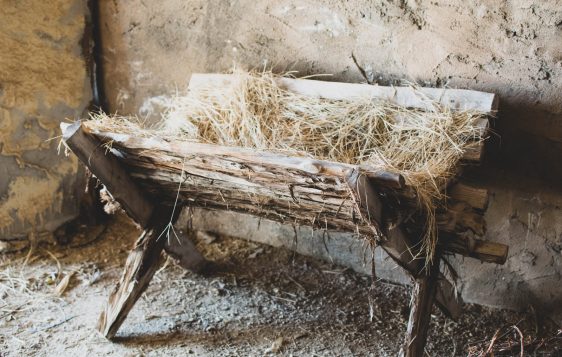 We’ve all studied or read about a great leader in history that, at first, no one would ever have dreamed to follow. They probably came from nothing, born into poverty, working odd jobs along the way. . . until one day, they spoke up and an audience was demanded.

I think of many of our past presidents, like Abraham Lincoln or Andrew Jackson, who were born into families with little to their name. Yet, eventually, they became great leaders who left an incredible impact on our nation.

I think of Walt Disney who struggled for people to follow his vision of bringing dreams to life through cartoons and a magical place called Disney World.

I also think of Ben Carson, growing up in Detroit with a single mom, struggling in school at a young age, but eventually earning a scholarship to Yale and becoming an amazing neurosurgeon and working in politics.

When they first started out, people didn’t give them much thought. They were no ones in the eyes of society. In fact, people probably said, “Who is he?” when they first came onto the scene.

In the book of Exodus, many people were probably wondering who Aaron and Moses were when they first walked into the throne room of Pharaoh.

“Moses and Aaron went to Pharaoh and said, ‘This is what the Lord, the God of Israel, says: ‘Let my people go, so that they may hold a festival to me in the wilderness.’’ Pharaoh said, ‘Who is the Lord, that I should obey him and let Israel go? I do not know the Lord and I will not let Israel go.’ Then they said, ‘The God of the Hebrews has met with us. Now let us take a three-day journey into the wilderness to offer sacrifices to the Lord our God, or he may strike us with plagues or with the sword.’” (Exodus 5:1-3)

“Who is the Lord that I should obey Him?” This question and statement from Pharaoh says a lot.

In Egypt, they worshiped many gods, but Pharaoh had never heard of the God of Israel. And, in his mind, how amazing could this God of his slaves be?! These people were nothing to him. In his mind, he can’t imagine a powerful God allowing His people to suffer, be enslaved, or to live in such a poor state.

I can hear the laughter in his voice as he says “I don’t know the Lord, nor will I let Israel go.” He’s amused by the thought and easily dismisses the two men.

But he would see.

Another man comes to mind. One who came from meager beginnings. He was born in a stable where animals were kept, the son of a carpenter, and most people couldn’t fathom the idea that Jesus of Nazareth was God in the flesh.

He was the Messiah?

They had dreamt of a king, charging in to come to their rescue and to defeat the Romans. But God didn’t come riding on a white horse. . . He came humbly on a donkey and loved everyone.

But they would see.

Many today can’t imagine following Jesus. They look at us like we are crazy, silly, stupid or just plain dumb for believing in God and giving our lives to Him.

But they will see.

“At the name of Jesus every knee will bow—in heaven and on earth and under the earth—and every tongue will confess that Jesus Christ is Lord, to the glory of God the Father.” (Philippians 2:10-11)

The world will see.

Don’t wait until it’s too late. When you surrender your life to Jesus, you have your own rags-to-riches story. Our works, the things we do, can’t earn salvation.

They cannot save us.

They are like filthy rags, Scripture says. But, when we surrender to God, realizing Jesus Christ alone saves us by the blood of His sacrifice on the cross, then we become His children and heirs to the throne of God.