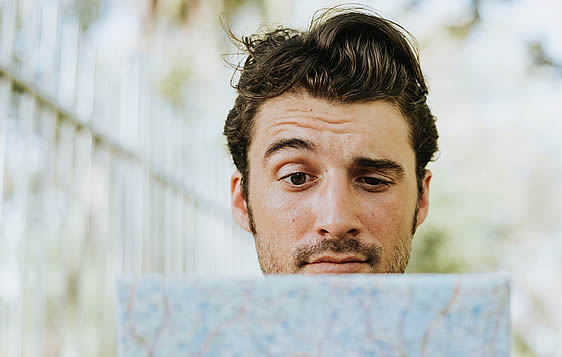 the right things for the wrong reasons

the right things at the wrong time

the right things in the wrong amount

God will now give the Israelites what they coveted, but will that satisfy?

The hard truth is that at the root of my covetous attitude, I am rejecting the sufficiency of God in my life. I’m saying in effect, “God, you’re not enough for me. You’re fine where you fit, but I need more than just you. I need experiences and relationships and opportunities—lots of them in increasing measure. My life had better not be boring. I’ve gotta have lots of fun and most of all happiness. It’s fine if worship is one of them, but I want way more than that.”

We know that all attitudes and actions have consequences, which brings us to Act II, where God responds to their discontented, ruinous wailing in Numbers 11.

After a few verses of intermission, the curtain rises on Act II with God speaking to Moses in Numbers 11:18: “Tell the people: ‘Consecrate yourselves in preparation for tomorrow, when you will eat meat. The Lord heard you when you wailed, ‘If only we had meat to eat! We were better off in Egypt!’ Now the Lord will give you meat, and you will eat it.”

Numbers 11:19,20: “You will not eat it for just one day, or two days, or five, ten or twenty days,  but for a whole month—until it comes out of your nostrils and you loathe it—because you have rejected the LORD, who is among you, and have wailed before him, saying, ‘Why did we ever leave Egypt?’”

God gave them something that was not really good for them. He gave them something bad to teach them a good lesson. They thought what they were demanding was good, but it was going to ruin them. So significant was this action by God that several hundred years later it was still the talk of the Lord’s people:

Psalm 106:15: “So he gave them what they asked for, but sent a wasting disease upon them.”

The King James Version says that God gave them “leanness of soul.” In giving them what they “had” to have, God withdrew himself and thrust them into the wilderness.

With God, we can be satisfied and fulfilled with very little, but without Him, all the stuff we have will always be deeply disappointing. They had all the meat they could eat but spiritually, they were starving.

Nothing in life is essential but God. Things were never designed to take God’s place. When we covet something and make it essential—and then beg God to give it to us—we are asking God to replace himself with something we consider more important.

When we do this, God will often allow us to experience firsthand the consequences of substituting anything for him. Covetousness is such a cruel enemy. It promises happiness and brings only painful poverty of spirit. Unfortunately, in time we may hate what we had to have.

Beware of begging God for nonessentials, because in time you may come to the place where you hate the very thing that you had to have. God was angry at their arrogant rejection of His adequate provision and goodness. Because they thought meat could satisfy them in a way that God could not, he gave them so much meat that they choked on it.

I have had the privilege of traveling to many places in the so-called Third World. Every time I have gone there, I have seen staggering poverty. But I have also seen abundant joyfulness and peace in the simple things of life. I have often asked impoverished people, “Are you happy?” And without exception they have replied, “I have never thought about that.”

Have you ever heard someone refer to material wealth as a “blessing?” Someone might say, “God has really blessed me this year. My investments are performing far beyond what we anticipated.”

When will we wake up to the fact that money is not synonymous with God’s blessing? In fact, I often wonder if money is not a curse. Maybe our financial prosperity is the “meat” that we have begged God for, and now we are choking on what we had to have.

By world standards, the church of Jesus Christ in North America is incredibly wealthy in financial things but weak and malnourished in the “joy of the Lord.” (See James 1:2 for a contrast.)

Everywhere people are lamenting the spiritual poverty of the church but failing to make the connection: “He gave them their request, but sent leanness into their soul” (Psalm 106:15).

I’ve seen this consuming covetousness in the careers of men and women climbing the corporate ladder. “I’ve got to be successful. My marriage, my family, my church, and my God will have to wait. I have to make it while I can.” How heartbreaking it is to hear the same people, now in their late forties and fifties, having spent their lives coveting various components of the American dream as God and family faded into the background.

They’ve built their piles of gold, but looking back they realize their folly, and through tearful cries of regret they tell amazingly similar stories of shattered marriages and prodigal children. And so the psalmist declares, “He gave them their request, but sent leanness into their soul.”

I’ve seen this covetousness in the single adult who just had to get married.

“I have to get married! I have to have a husband or wife! I can’t be happy until you meet this need.” But then he or she goes out on his or her own. How sad it has been to flip the calendar forward a few pages and see that same person in my office weeping, “I made the worst mistake of my life. How could I have ever made this choice? I’m so miserable now.” A choice was made without asking God.

How heartbreaking to see someone with so much potential reaping so soon the consequences of a compromising and covetous choice. The psalmist rightly wrote: “He gave them their request, but sent leanness into their soul.”

If there is even a hint of covetousness to be found in your life—be warned! Covetousness will take you to the place in life where you hate the very thing that you had to have.

God says, “Do you think that’s better than me? You go ahead and have that.” Beware of begging God for nonessentials. In time, you may hate what you had to have.

Numbers 11:21—30 records another intermission where Moses deals with his own attitude. But in verse 31, we come back to the issue of the meat and the people. God brought them the meat that they were convinced they had to have. Now they must reap the consequences.

“How to be Content in Three Acts” continues with “Act III: A Gift From God You Don’t Want.”