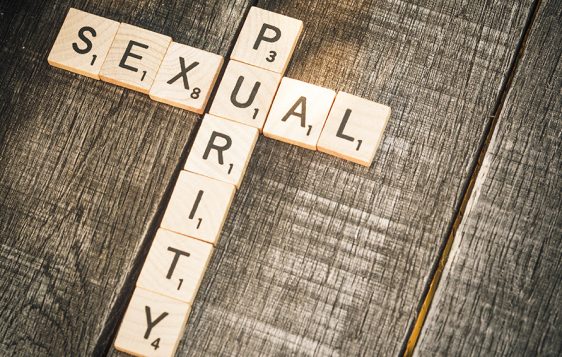 Today, for both men and women, there is no battle more formidable to wage than the war on sexual purity. Our culture is hyper-sexualized and, as a result, from the moment we step out our doors, we are (essentially) assaulted with provocative images.

Never in history have sexual images been so stimulating with such clarity (HD) and accessibility (phones).  At our fingertips, we can enter into an enticing fantasy, dripping with our wildest imaginings.

Those who fail to worship the Creator (all of us at some point) will worship creation, and nothing is more alluring or satisfying to our flesh than another human. The war on sexual purity is being lost because we are being attacked without realizing it. For some, however, we have entered the fight because we understand what it will cost if we lose the war.

There Is a High Price for Losing the Purity War

Number one, it causes a break in the most important aspect of our humanity – our relationship with God.

Number two, it severely inhibits our leadership ability in our home.

How can a man consistently pray and lead his family if he is consistently living in sin? He can’t. The little voice of hypocrisy will never stop ringing in his head. In order to love God and lead our families, we must have mastery and self-control over our flesh. Our spouses, sons and daughters all hang in the balance of our private choices to win this war.

Declare War on Your Flesh

When Paul says, “Fight the good fight of faith (1Timothy 6:12),” he means exactly that: Fight. It’s a fight. Are you a fighter? Real men fight. They fight for their families and their faith. They fight against impurity and indifference.

A fight isn’t convenient. It’s not easy. It hurts. In order to truly fight, we must press in to our passions and fight against the enemy with all energy and vitality. Paul gives us all a charge to step up and fight. Job was an ultimate fighter.

Job Was an Ultimate Fighter

Job makes a daring commitment: “I made a covenant with my eyes not to look lustfully at a woman”(Job 31:1).

His commitment is to his God, not his urges or impulses.

His commitment is to giving God his heart, allowing God to shape his character.

His commitment shows his humility and eagerness to repent.

His commitment is heroic, courageous, and gutsy. It is the attitude of one who says, “God has given me grace, and I will love him no matter the cost.”

Winning Your War = Living in Freedom

Living Spirit-led is embracing our vulnerability and utter dependence on God and grasping after his presence as a needy child does for his parents.

It is admitting that we are incapable of living the life we truly want to live apart from God and throwing ourselves at his feet,

pleading with him to deliver us from temptation,

pleading with him to give us a new heart,

pleading with him to give us a new mind that belongs to God, and

committing ourselves to his will, regardless of the cost.

In this we find freedom from our bondage and victory over our sin. Fighting the fight by just saying “no” will never work.

The only way to win the fight for sexual purity is to worship God over creation.