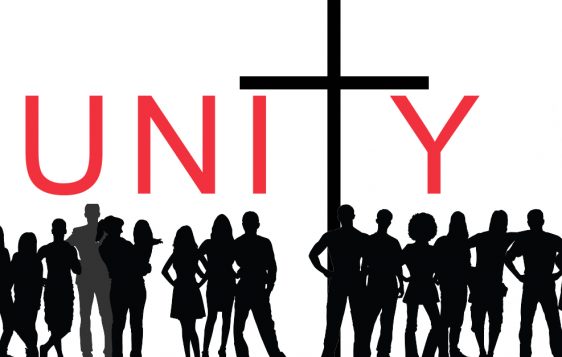 Dr. Martin Luther King, Jr. has been an inspiration to me for a number of years because of his intense passion for seeing a world where color no longer divides humanity. One doesn’t have to read much of the New Testament to discover that this was certainly a priority of Jesus as well.

His new kingdom would be one in which “There is no longer Jew or Gentile, slave or free, male and female. For you are all one in Christ Jesus” (Galatians 3:28).

This verse, and plenty of others, isn’t about denying the physical realities of variances in our skin pigmentation or the anatomical differences between male and female.

The bigger point is that when confronted with Christ, we must acknowledge the universality of certain characteristics on a spiritual level:

Yet racial division still continues to exist and fester, even within the church. In my first pastorate, a leader was upset with me for printing a bulletin that had black children on its cover. His rationale was that “they have their churches and we have ours.”

I managed to last an entire five months as their pastor.

Dr. King’s dream was bold. It seems almost utopian to believe that the world can be so radically changed by the power of love and non-violence that equality would eventually be achieved.

But Dr. King’s dream did indeed come to pass, at least institutionally. And while there are still deep crevices in the soil of our culture ethnically speaking, a younger generation has certainly shed much of the prejudices that existed in a previous one. We should hope that Dr. King’s dreams continue to unfold.

We should learn some things from Dr. King about dreaming big, audacious, impossible dreams. But even more, we should learn the power of turning a dream into a movement.

While a dream is a mental picture of what reality could look like, it takes even more guts, brains, and heart to lay out a plan and pursue it relentlessly.

There are several crucial aspects of the kind of movement Dr. King led:

First, there was a willingness to speak up in spite of the silencing threats of enemies. His movement has a voice. His speeches changed America.

Second, there was a willingness to organize, to involve an entire community of people by going door-to-door, holding meetings, and giving real instruction to people about the non-violent approach.

And third, there was a willingness to march, and to keep marching and then to march some more while being pelted with rocks, beaten with clubs, and spat upon even by unknowing white adolescents.

Sometimes, to really love is to be willing to be hated and to keep moving anyway.

I long to see Dr. King’s movement continue, but even more, I long to see a movement of awakening people to the life- and world-changing power of the gospel of Jesus Christ. Our nation, and almost every other nation in our world, needs to learn the lessons of love and equality.

This unifying, hatred-breaking power rests nowhere more than in the cross where Jesus died to reconcile us to God and to one another.